You are here: Home / Travel / Scottish Outer Islands and the Callanish Stones in Photos

It’s often been said that astrophotography is at its best when captured during a new moon and as far as possible from urban settings to avoid light pollution. Knowing I wanted to do some night photography, the trip to Skye in Scotland was originally planned around the new moon.

It’s about eight in the morning, really cold, 41 degrees Fahrenheit and cloudy. Here I am at the Caledonian MacBrayne ferry terminal in Uig waiting for a boat to cross the Scottish North Sea. The two-hour journey will take us to Tarbert, the port for accessing one of the major Scottish islands, Lewis and Harris, which belongs to the archipelago known as the Outer Hebrides or Northern Islands. Joined by a land border, they are often referred to as separate islands; between both the population is less than 20,000, making them the largest and most inhabited of the group. 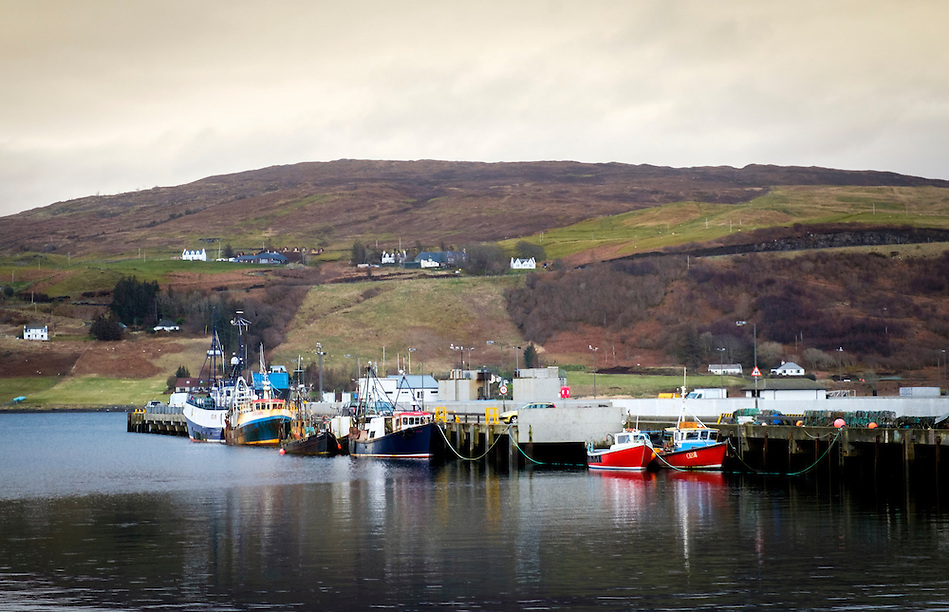 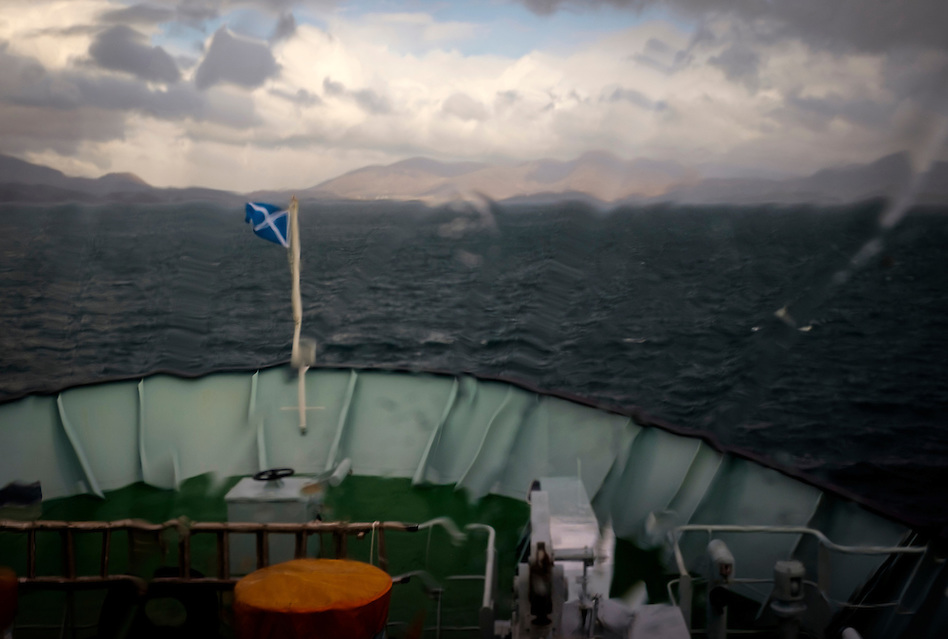 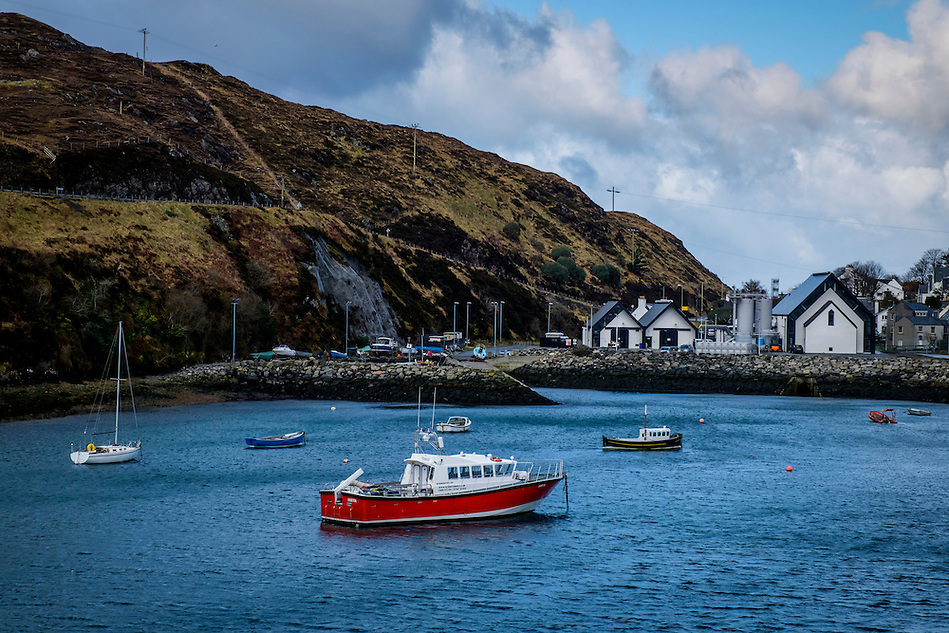 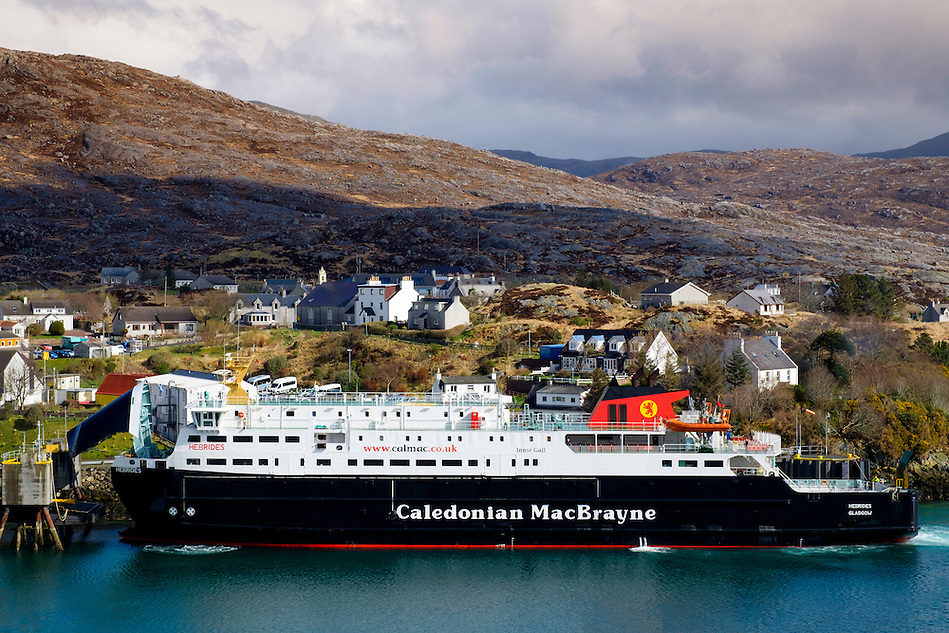 Getting to Tarbert was a smooth ride. The ferry is huge and very comfortable, with plenty of spaces for relaxing and observing outside. Like the previous days in Skye, the weather was changing and not predictable: it rained, stopped, rained some more, and of course, was sunny at times. The plan was to stay here for only one night and explore the surroundings. The rocky beaches, farmlands, historic black houses and abandoned structures in incredible settings make landscape photography around here joyful and rewarding. 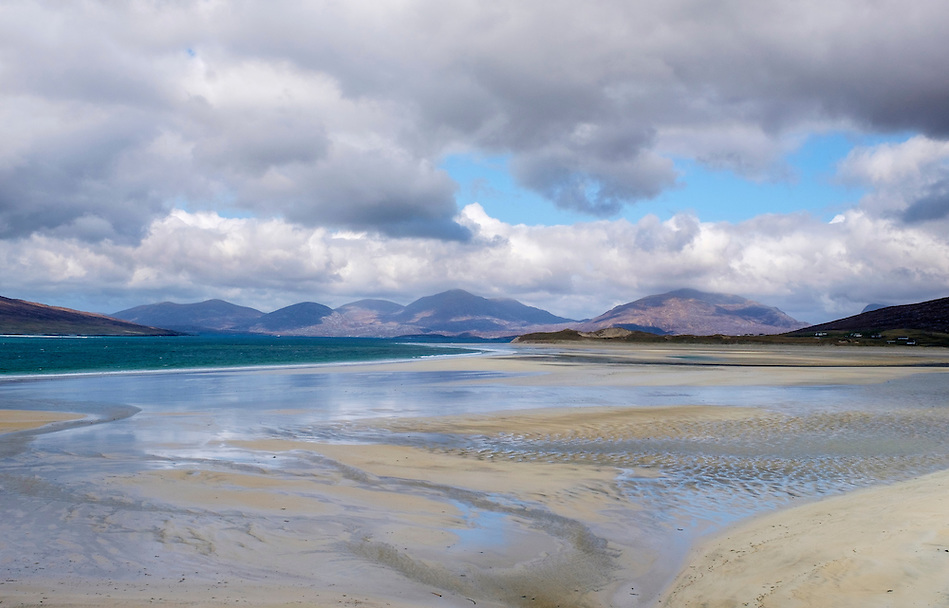 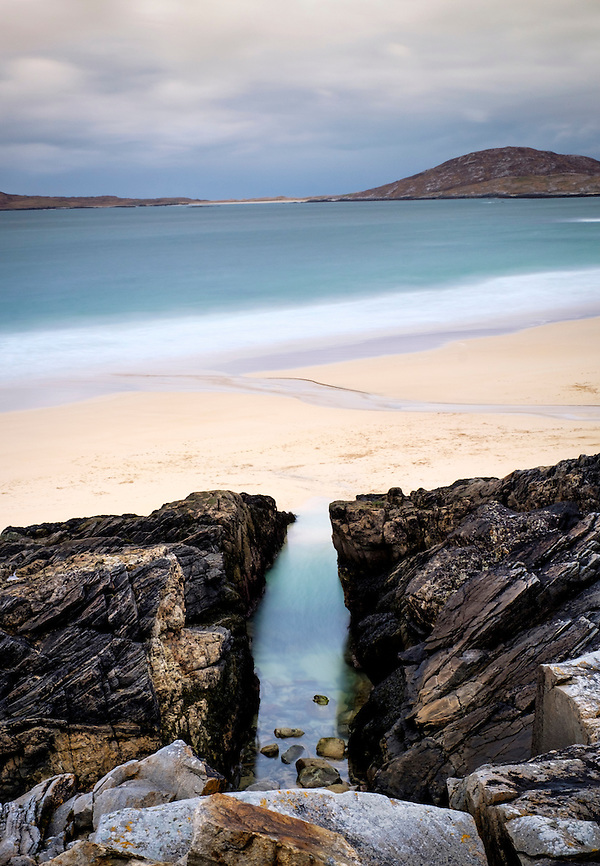 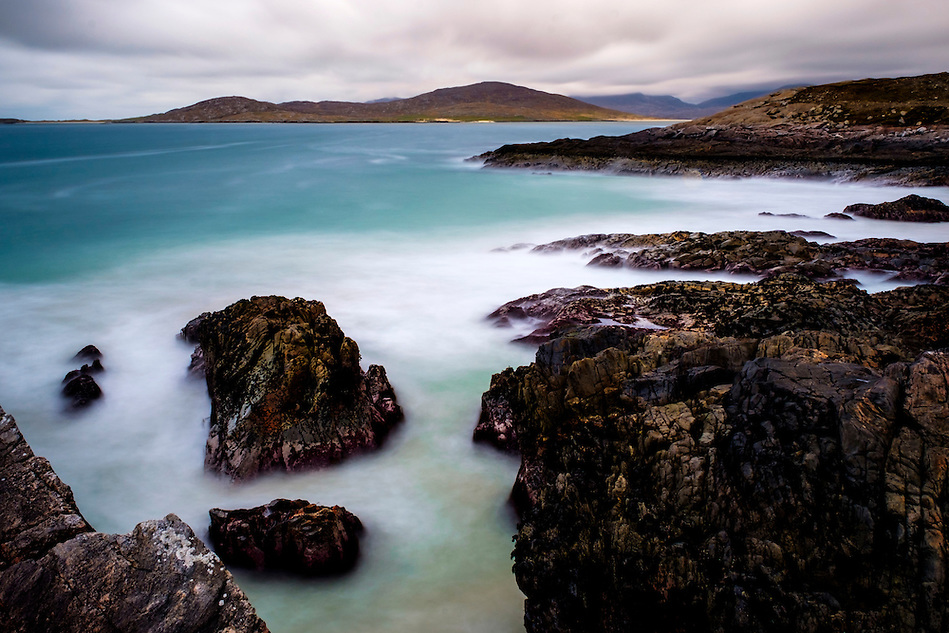 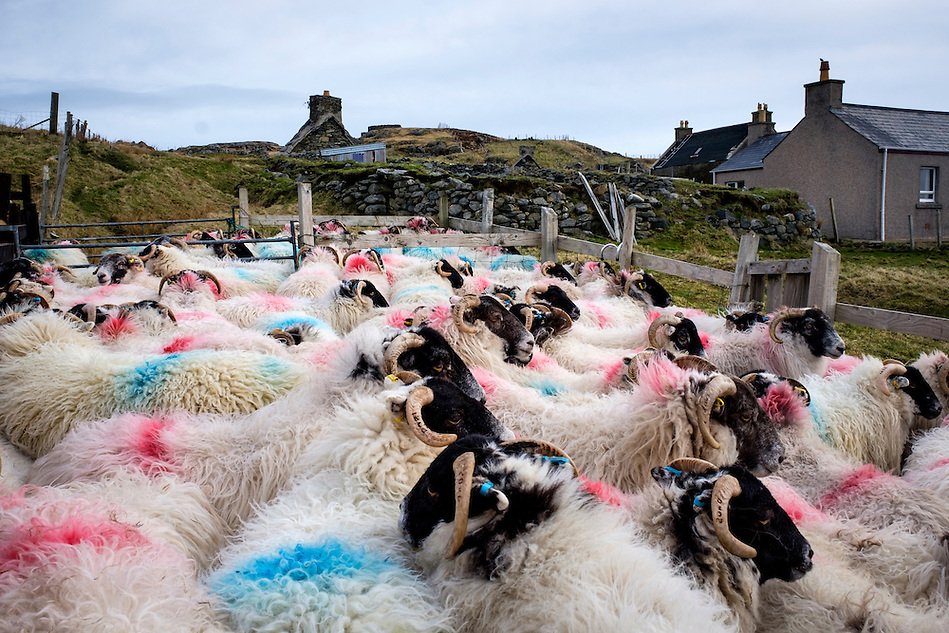 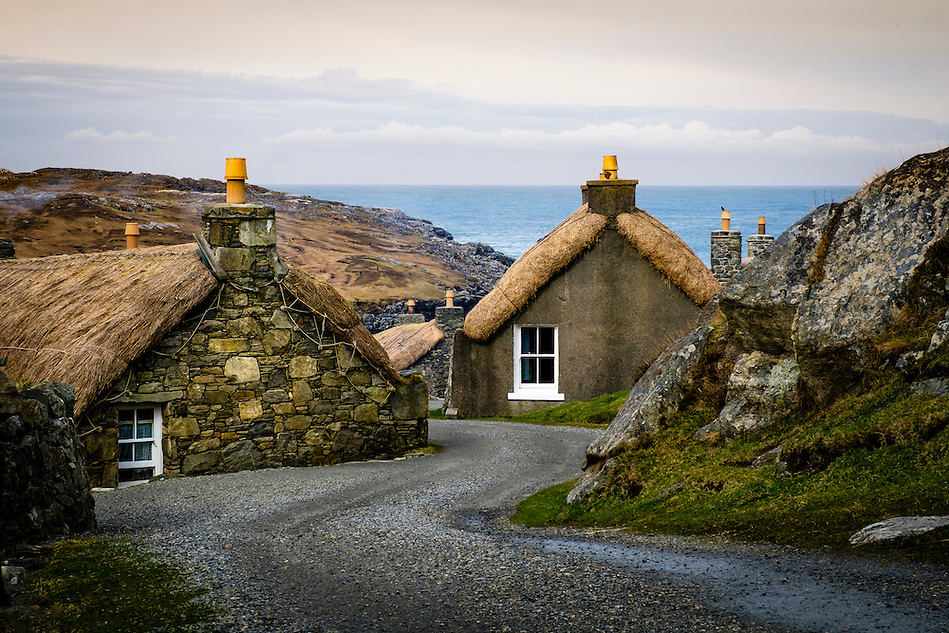 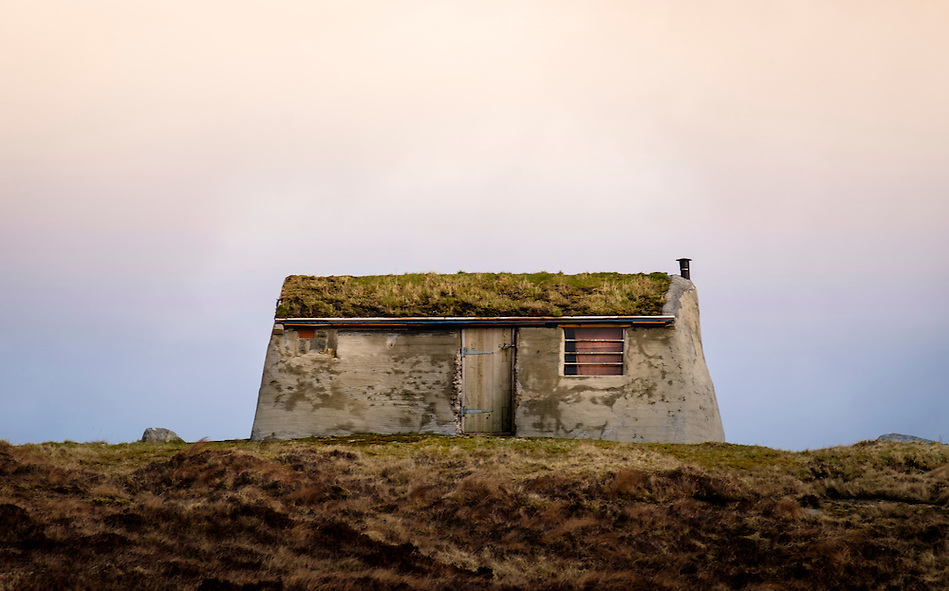 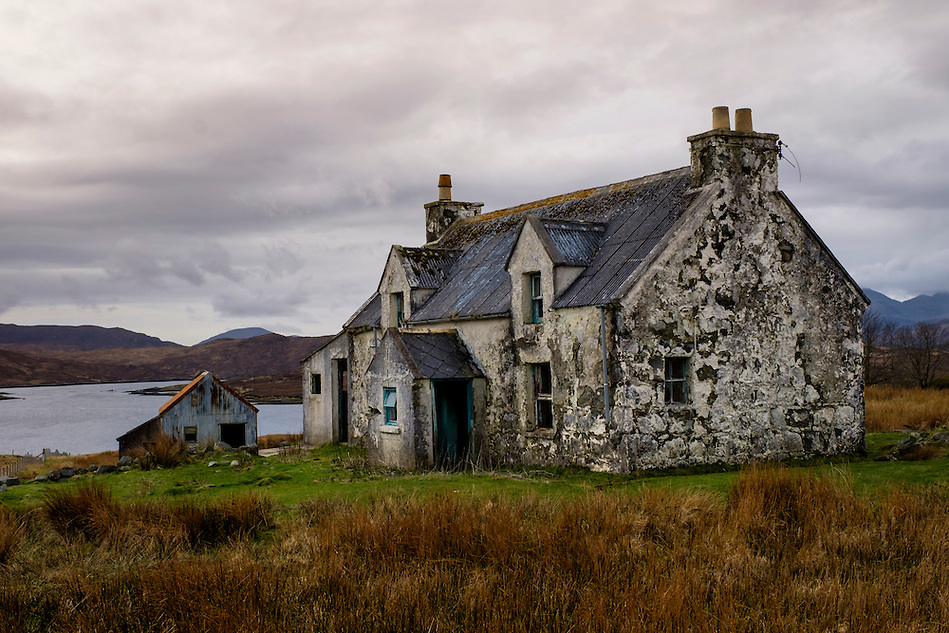 But the reason we came here beyond all this was to see and photograph the famous Callanish Stones, an arrangement of standing stones erected between 2900 and 2600 BC. The 13 stones form a circle with a monolith at the center and were a focus for ritual activities. There are various interpretations and theories about them, ranging from a prehistoric lunar observatory to a local belief that counts them as petrified giants. Mysterious or not, the formation is very interesting and the idea was to photograph it at night, taking advantage of the new moon phase. Access to the site was pretty easy and we parked the car just steps away so we could spend the night there. We just needed to get lucky and get a clear night. And yes, lucky we got. More than what I’d wished, something totally unexpected happened while shooting. After a nice sunset and while I starting shooting the stars, I noticed a glint of green to the side of one of my photos. I shouted, “Aurora!” I could not believe it. I looked up again, made a quick test photo, and it was there: the northern lights. What followed was a spectacular dancing of lights, rich in green with hints of reds over the iconic stones. I was in awe to be standing there photographing them in one of the best possible ways and enjoying such a spectacle. Here are the photos of the Callanish Stones at dusk, during the aurora and then at sunrise. 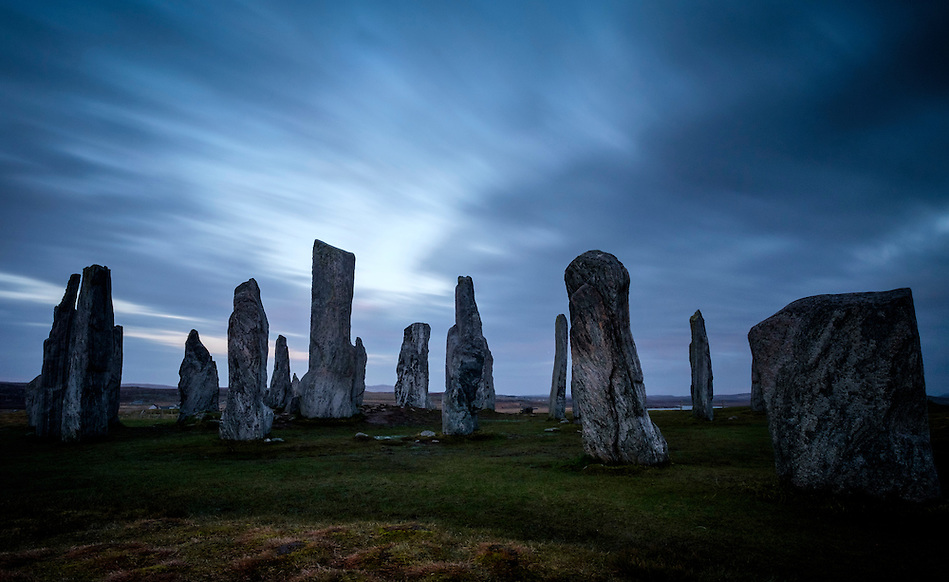 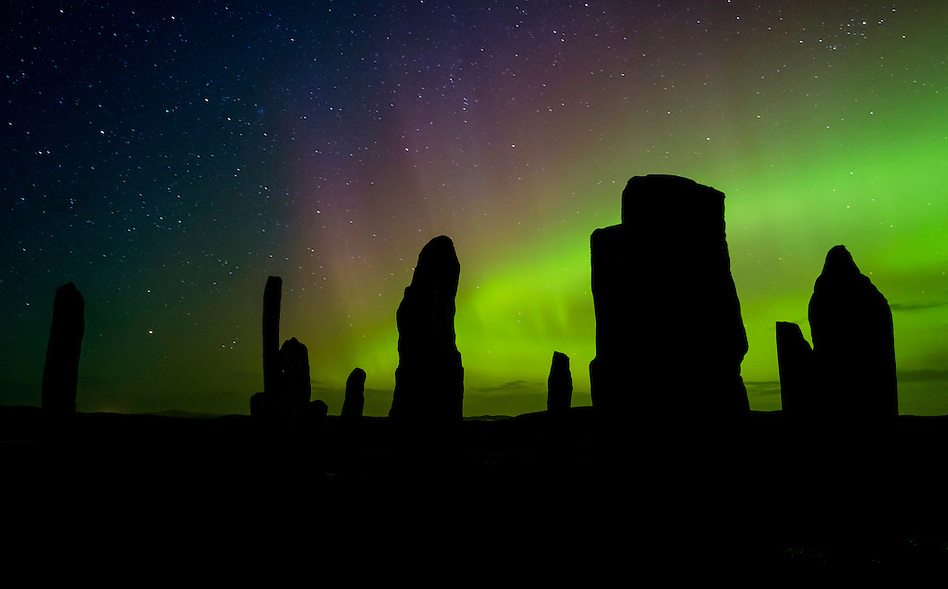 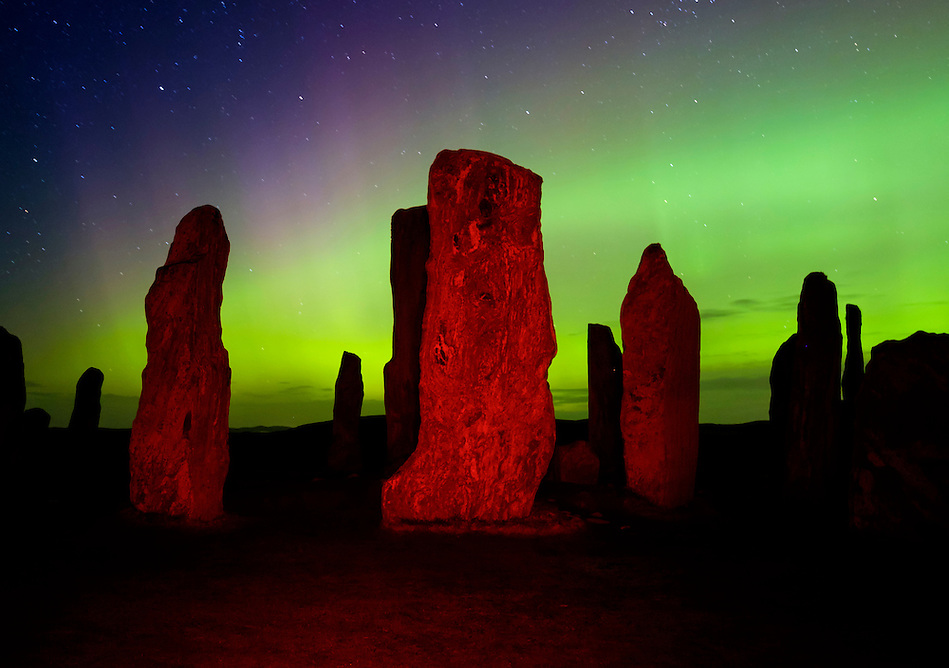 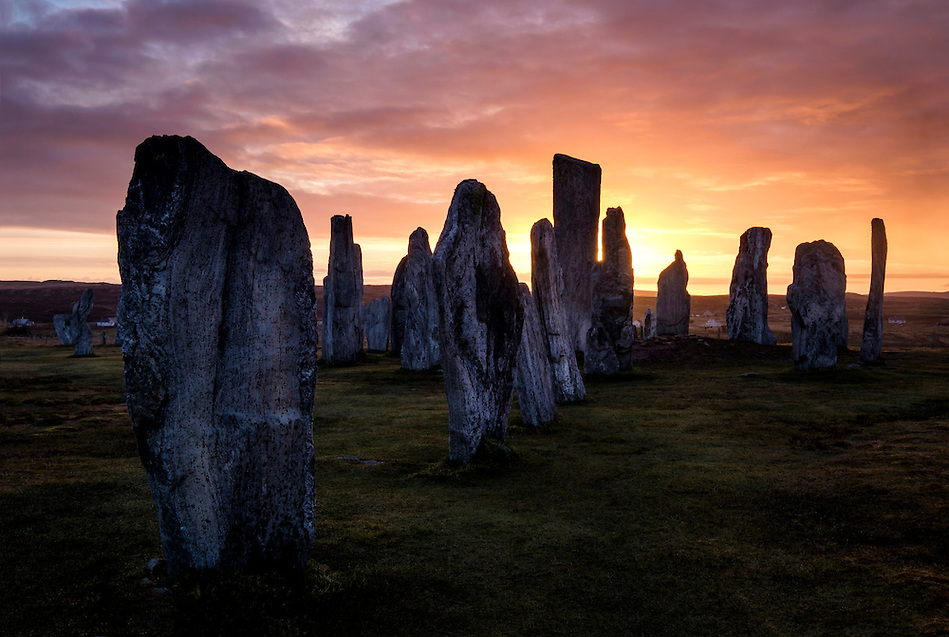 It is a really great feeling when months of planning pan out this way. We picked the dates to be here during the new moon for the stars, but I never thought I was going to see the aurora. Yep, it was a lucky night! Sleeping in the car was not easy, if you can call it sleep; it was really cold and I was shivering at times. Those are the times when you ask yourself what you’re doing there… but in the end I think it was well worth it.

The stones is the most obvious place here, but Harris and Lewis has much more to offer. The possibilities for landscape photography here are vast, but for us it was time to get back to the ferry terminal and return to Skye.

That’s all for now; more photos and adventures coming soon. If you are interested in getting prints or licensing any of the photos, just click on them.