It looks like a movie set, at times surreal.  The mix of houses in disrepair and the ones restored is like nothing I’ve seen before.

I am in Algiers Point, just 10 minutes away from the French Quarter, crossing the Mississippi River to the west bank by taking The Algiers Ferry.

Established in 1719, this is the second oldest neighborhood in the city. This part of the city survived the floods of Hurricane Katrina and suffered less than many of the communities in the East bank of the river, although wind damaged roofs ended up ruining some of the old houses.

I’ve decided to spend the afternoon here and the neighboring McDonough, as from these locations you can get the best view to capture the New Orleans skyline at dusk.

The architecture and structures around here are really diverse, Creole Cottages, Single and Double Shotgun, and Victorian just to name a few, most of them were built raised to allow better ventilation, there are also a variety of porches and galleries that provides shelter from the heat and outdoor living space. 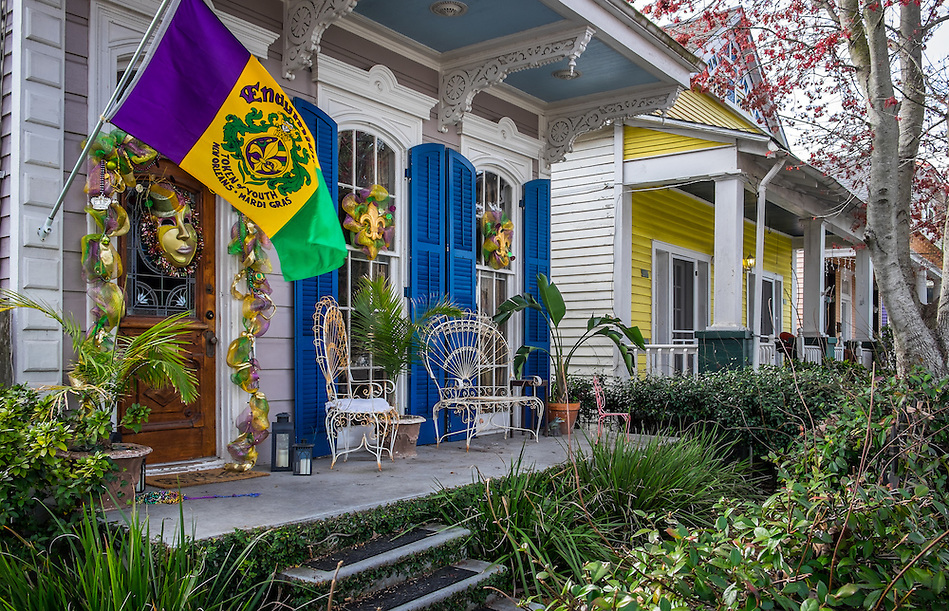 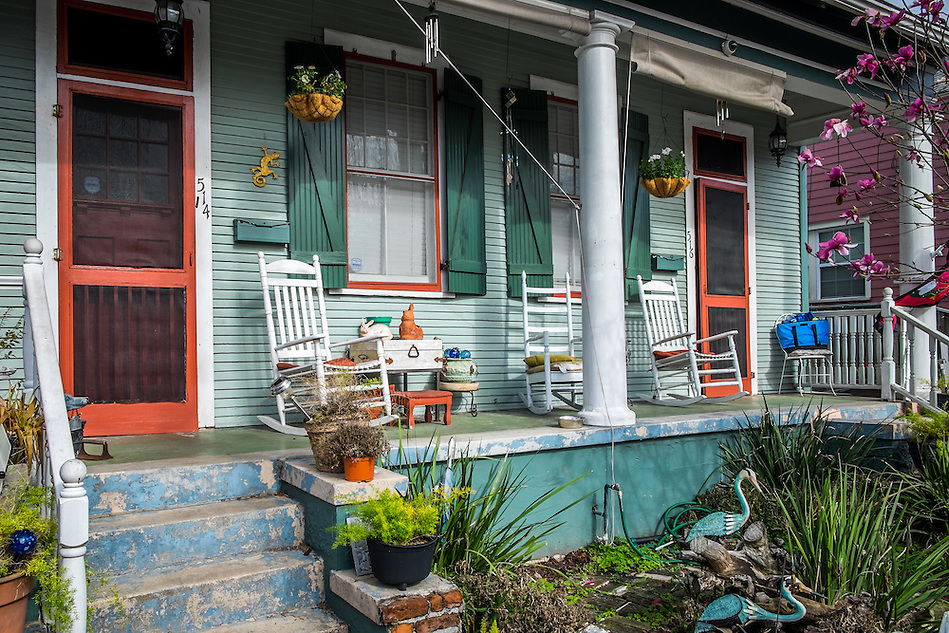 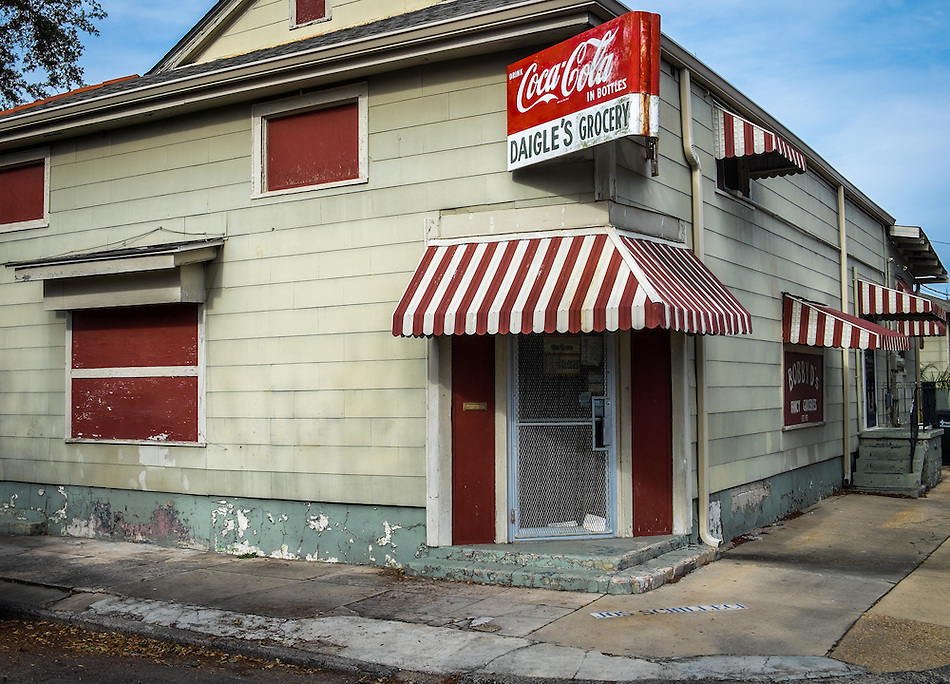 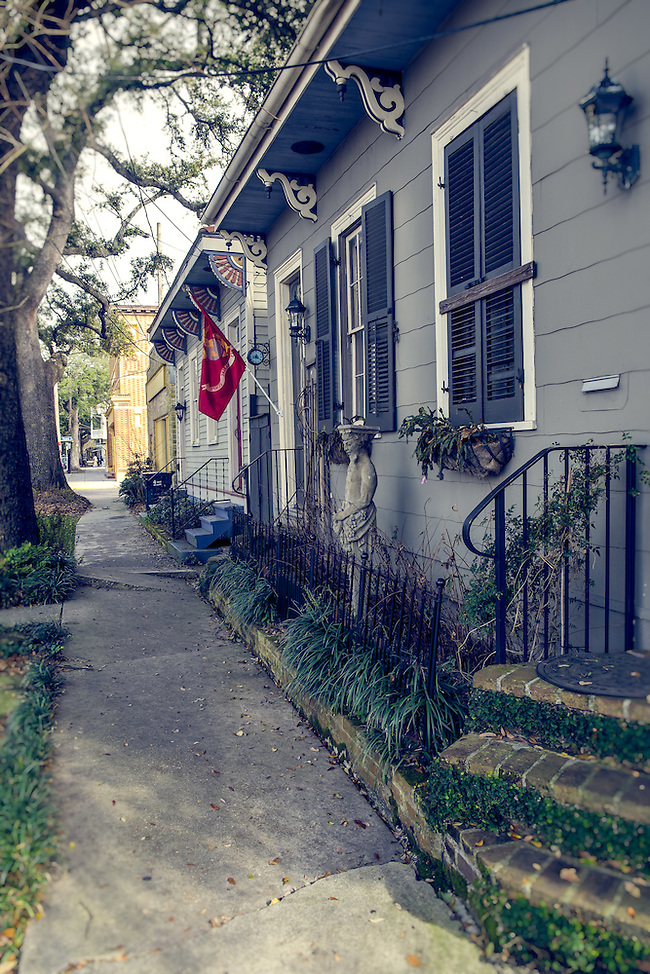 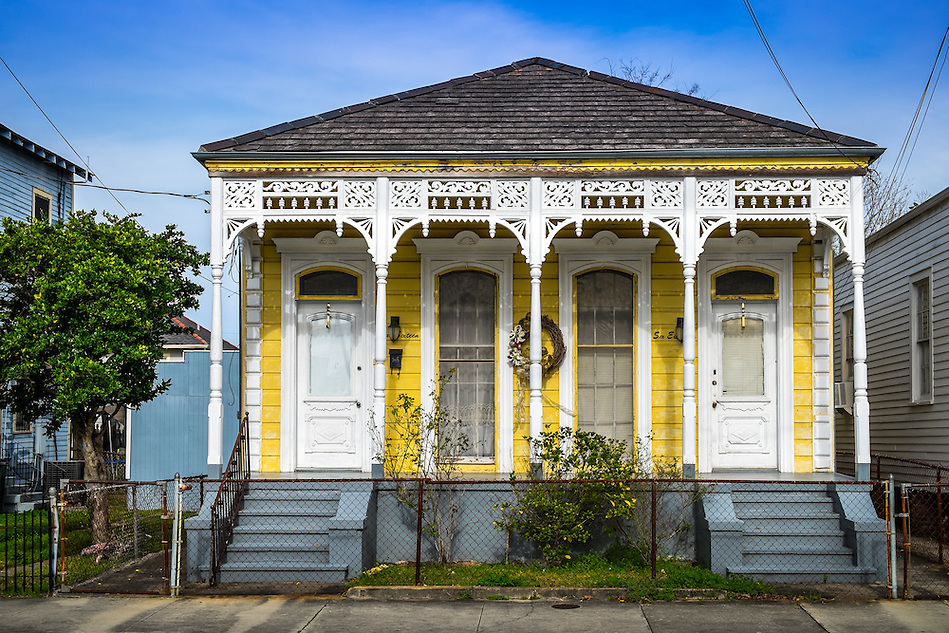 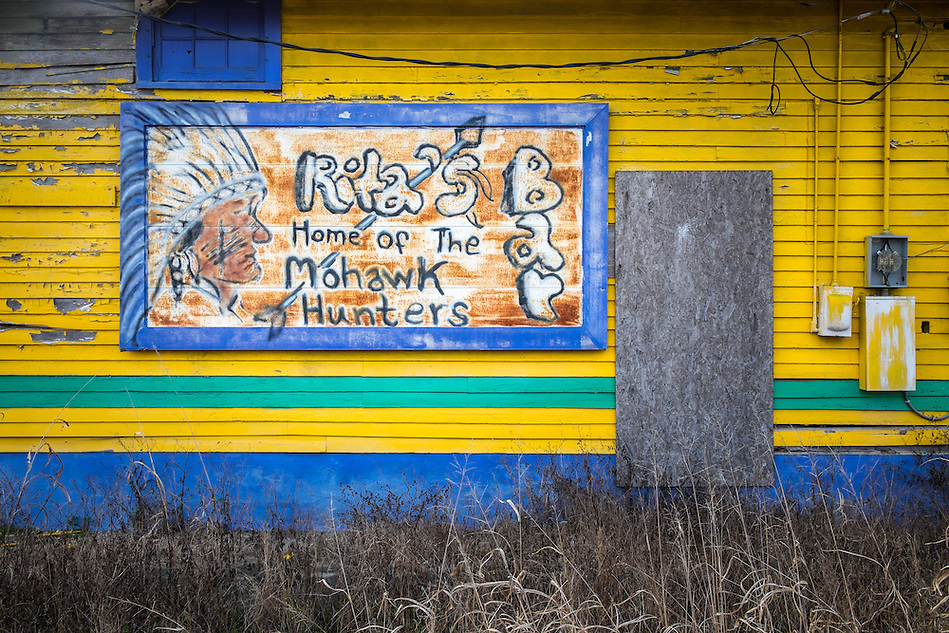 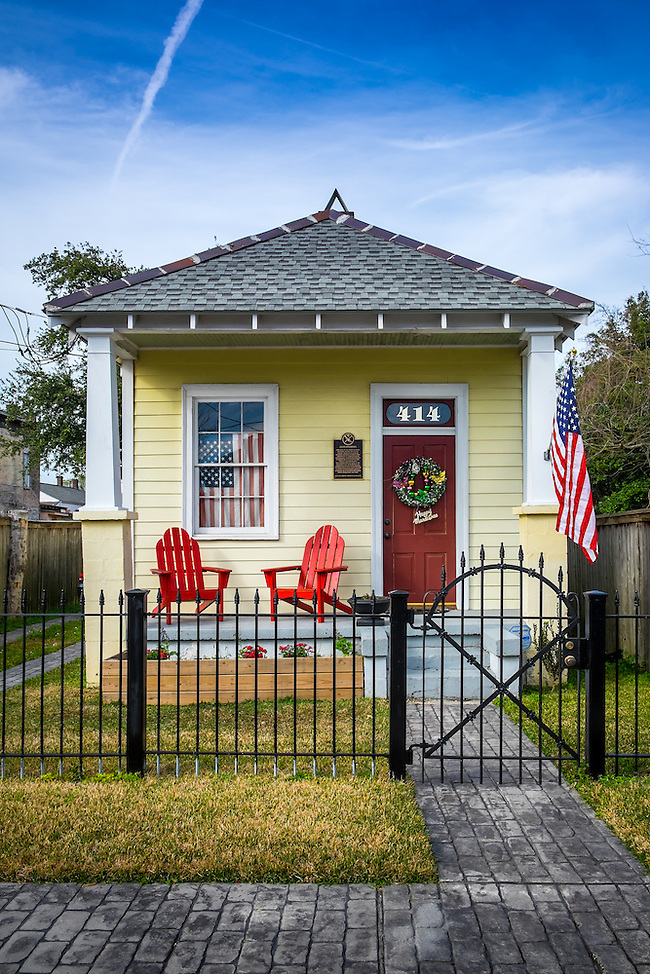 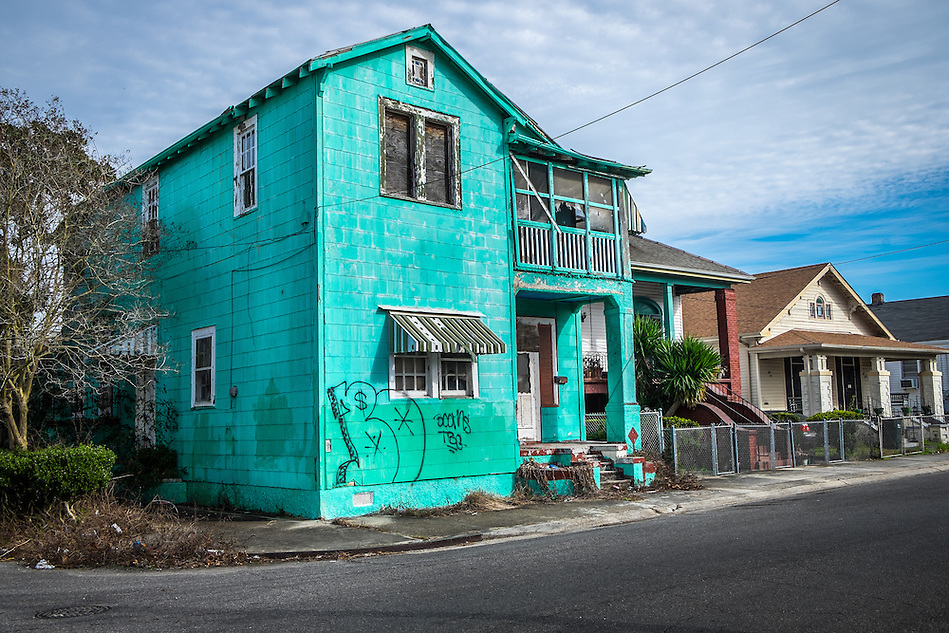 This afternoon the town seems to be quiet, at times desolated, but then life suddenly blooms. I encounter kids playing in the streets, people walking jubilantly,  people riding bicycles over the Mississippi River Trail and  even the occasional tourist that perhaps like me, decided to step away from the craziness of Mardi Gras happenings in the French Quarter for a more traditional and quiet stroll for at least a few hours. 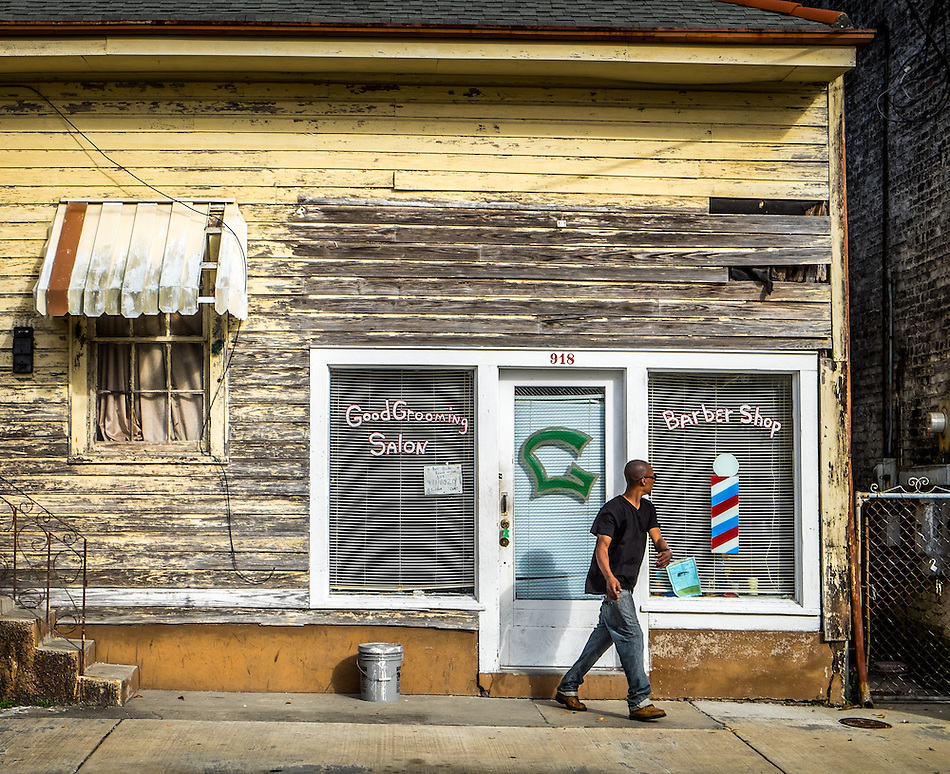 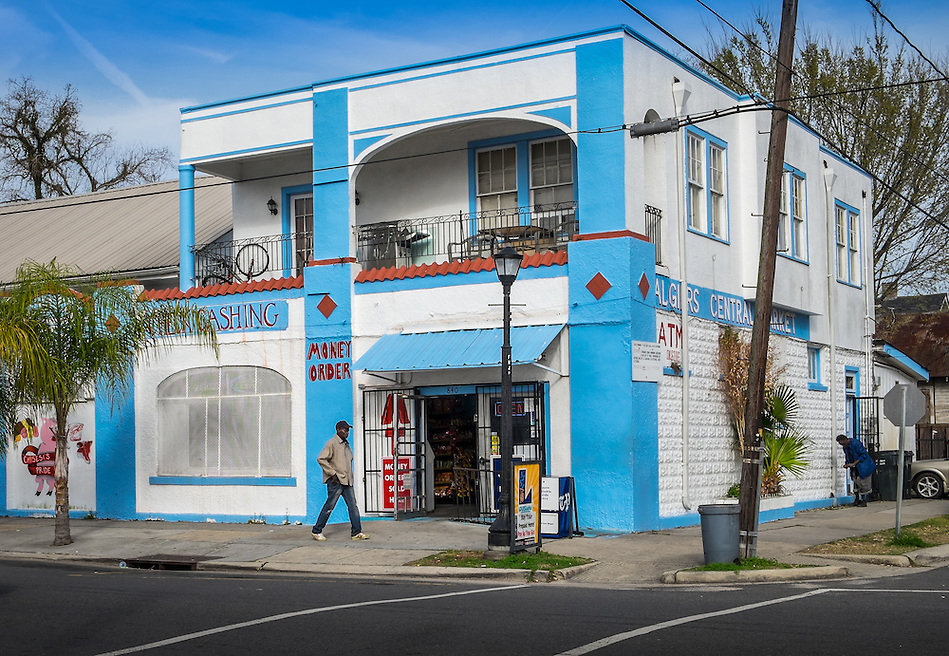 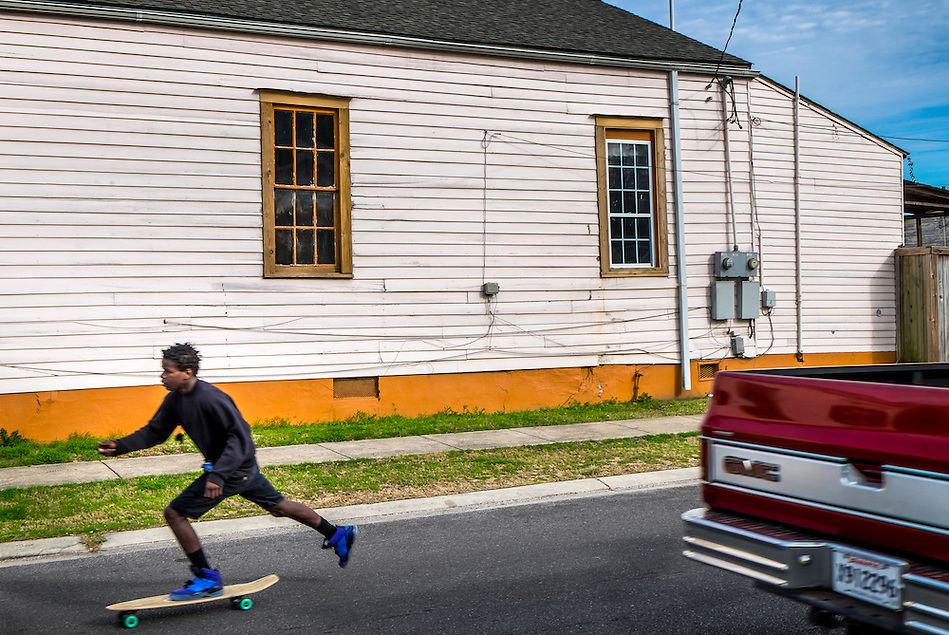 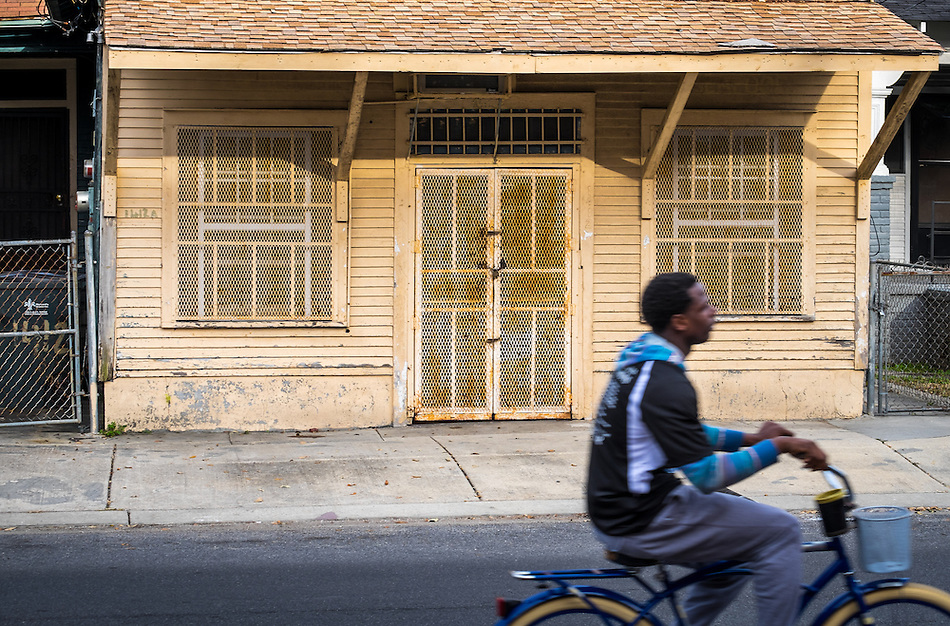 Later on that day, as I was setting up for the night shoot I met a young man, Joe, who was with his friend. They are curious to know what I am doing, they stayed around for a while asking questions, New Orleans is all they know, they don’t want to be photographed. Before they leave they tell me to watch my back “is not safe to be here alone with expensive cameras…” but I am determined to make my skyline shoot of New Orleans at night featured in my prior post and stayed, looking around constantly… so close to the city but far at the same time. 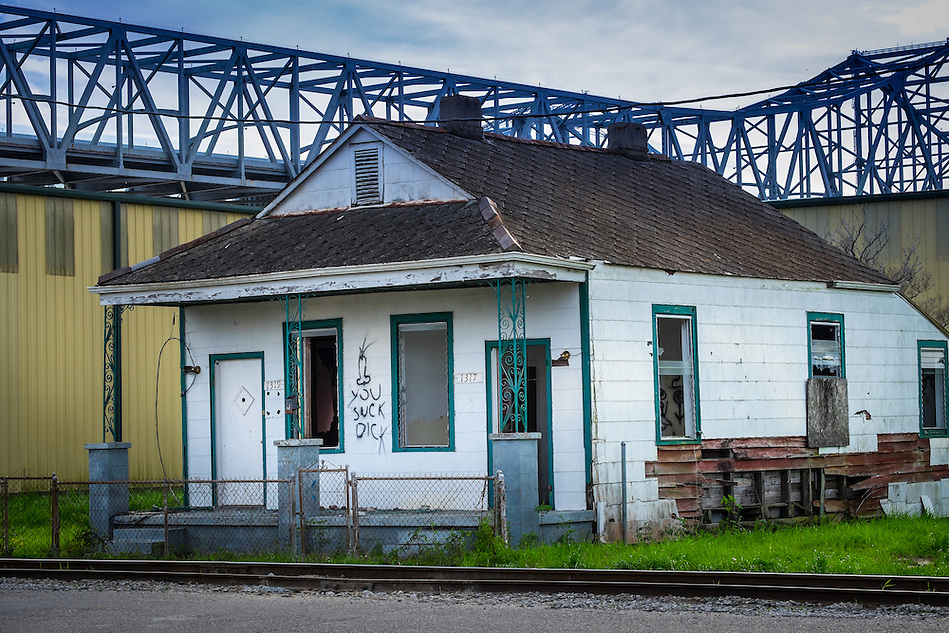 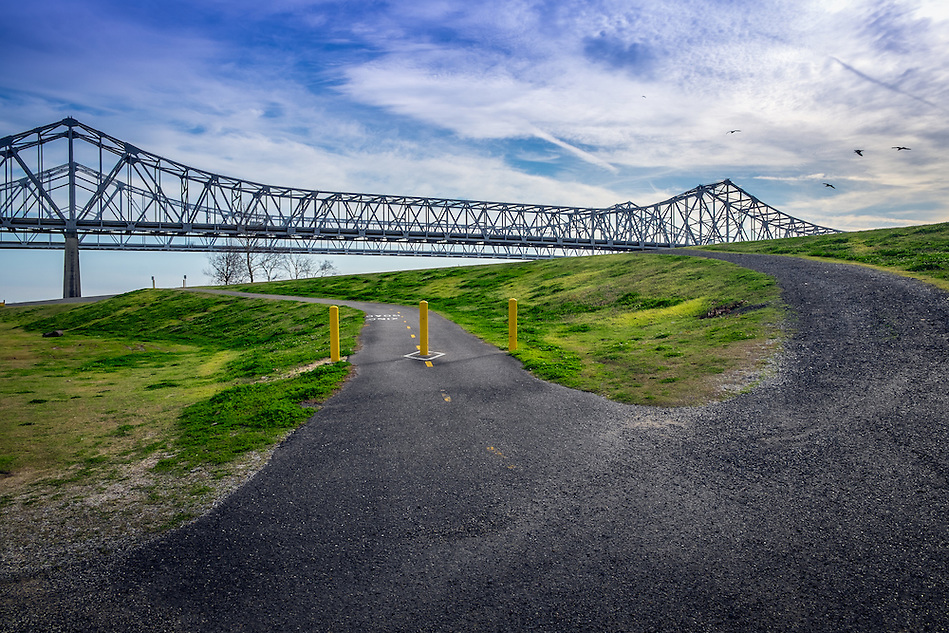 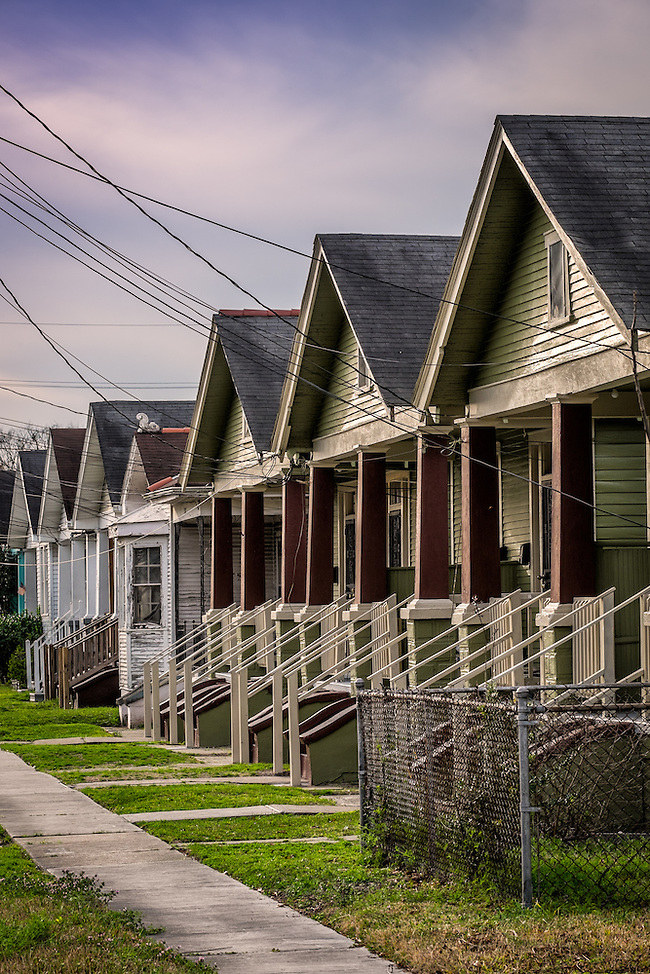 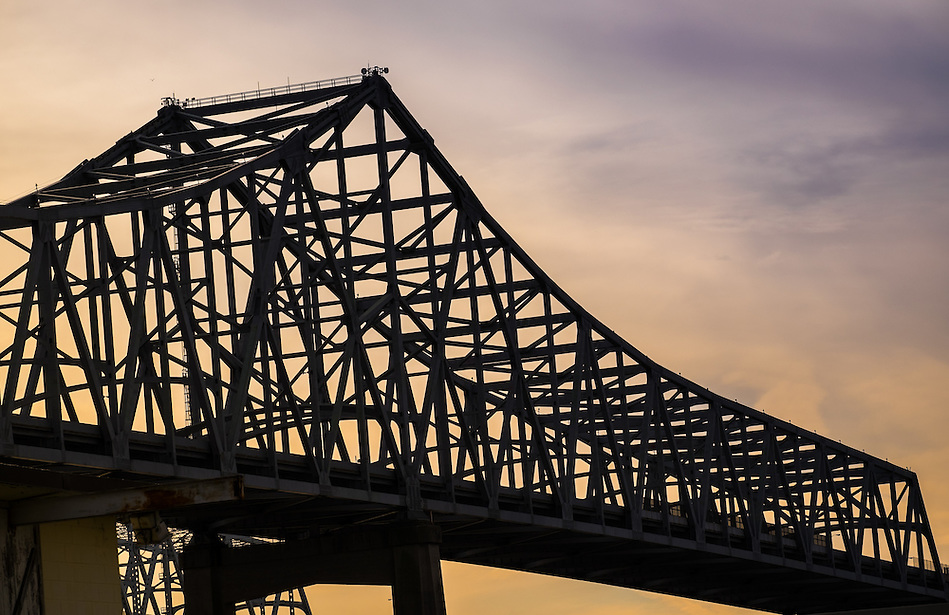 For prints and licensing information just click on the photos.

If you want to travel with me, please check out the 2 upcoming photo tours and adventures to Bhutan and Vietnam/Cambodia