You are here: Home / Photography / Hanoi in Photos | Vietnam

Beautiful lakes surrounded by broad tree-lined boulevards, French colonial architecture, ancient temples, citizens that seems to be always on the move, and rich in cultural and culinary traditions, Hanoi – the capital city of Vietnam – can be visually intoxicating at first, in the good sense. This is paradise for the street or travel photographer. I had a wonderful time strolling around and taking photos. Just imagine a location so inspiring that in every turn of a corner there is a new story praying to be captured and remembered forever. 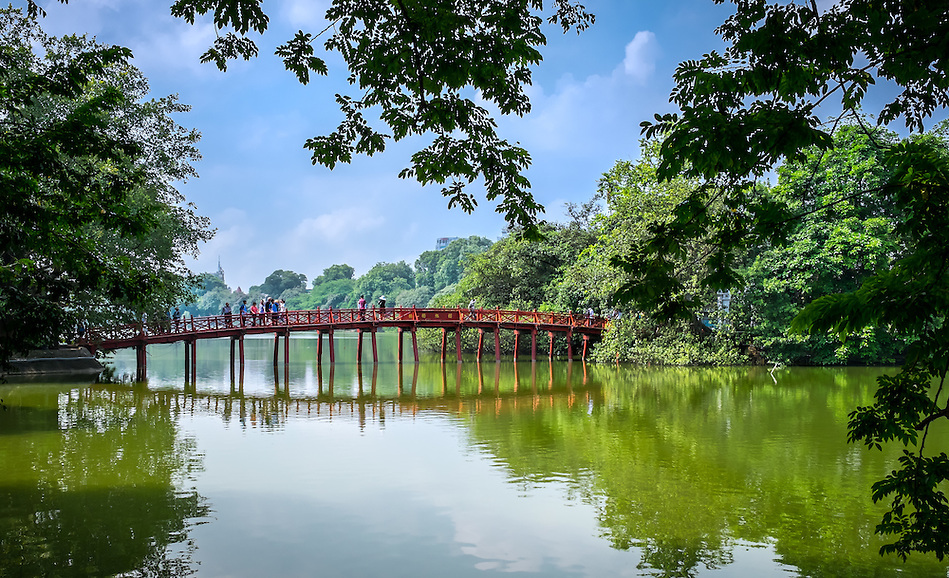 The city seems to be immersed in an organized chaos; with four million-plus motorbikes rushing around, it takes times to get used to this convoluted urban scene. Scooters are the main means of transportation here – cars are just for the rich. But the two-wheeled vehicles are not just used by the Hanoians to get around. They often also carry cargo, anything you can imagine: a crate of beer, flat-screen TVs, windows, and anything in between. The tumultuous roadways are sort of topsy-turvy; there are no apparent or real lanes, traffic signs or any kind of method to put order to the transit, other than the perpetual honking that seems to be good enough for them to understand how to maneuver. Crossing the street is a daunting task, until you realize that all you need to do is put yourself into the flow and walk, at a constant pace, and the motorbikers will just drive around you and keep going. It’s scary at first, but as with everything, you get used to it and follow along. 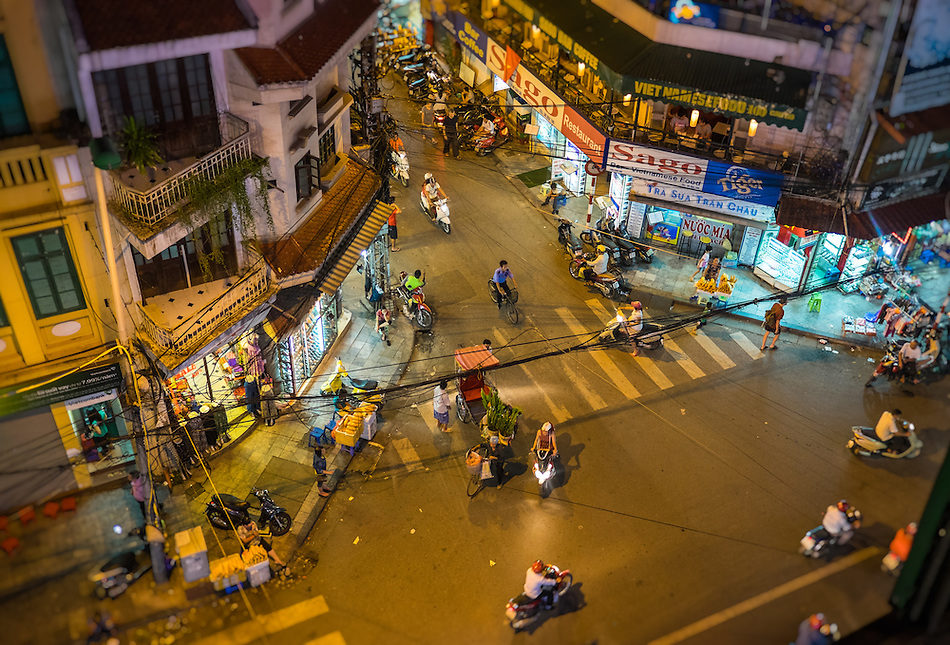 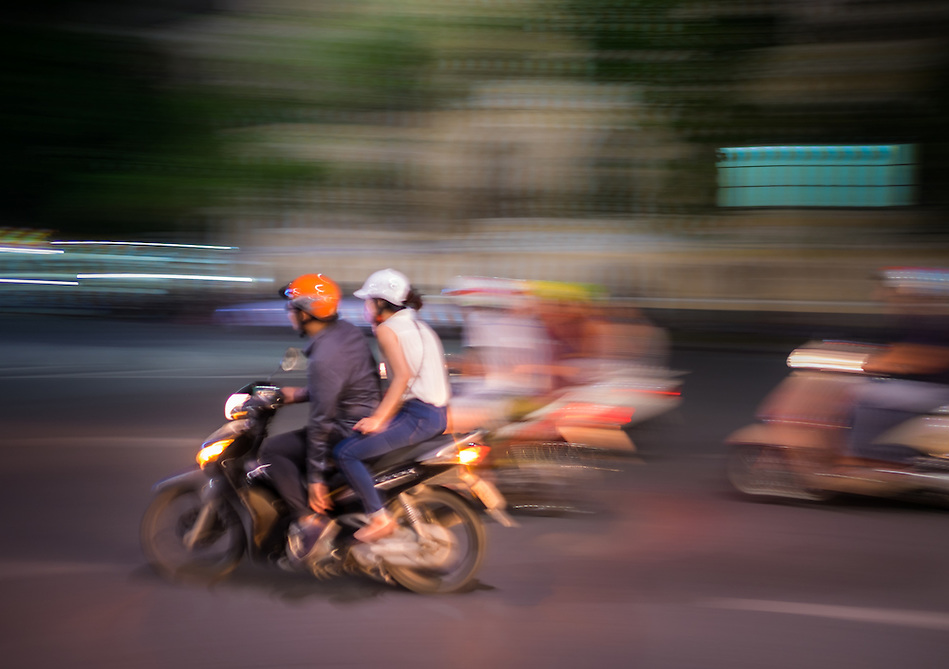 A legend from the fifteenth century relates that a giant turtle presented a magic sword to Emperor Le Thai To with which to fight and defeat the Chinese invaders. After the war, and according to their pact, the Emperor returned the sword to the turtle, who disappeared into the deep; this is the Lake of the Restored Sword, or Hoan Kiem. The lake is the heart of Hanoi. There is always activity around the lake. The footpaths are busy shortly after dawn, when hundreds gather alone or in groups to work out, jog, or meditate, and old people enjoying choreographic Tai Chi sessions. Tourists and office workers come along as the day progress, but after the sun sets, locals take over again for more exercise or just a night breath of fresh air. 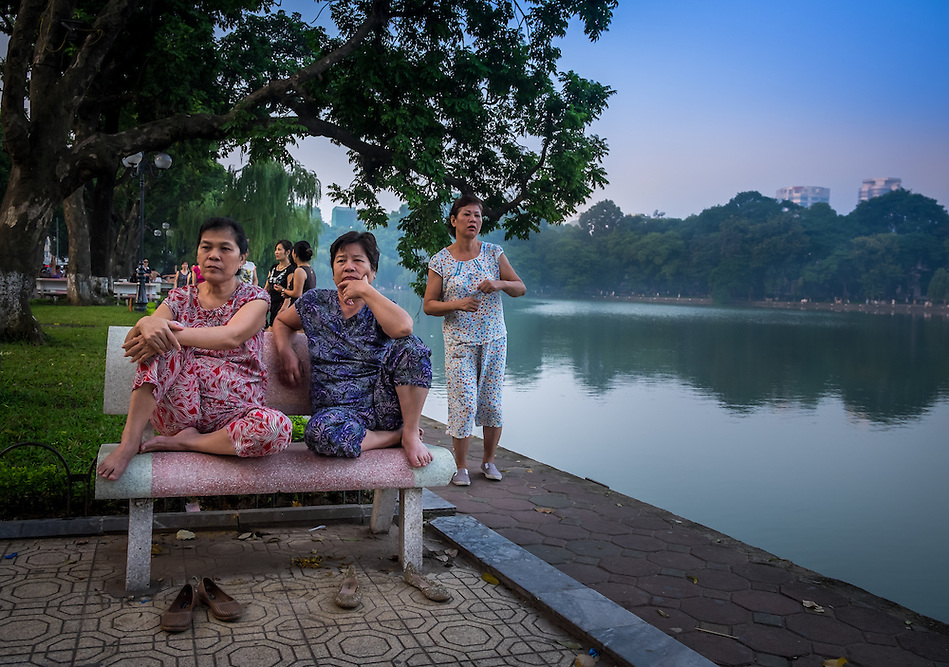 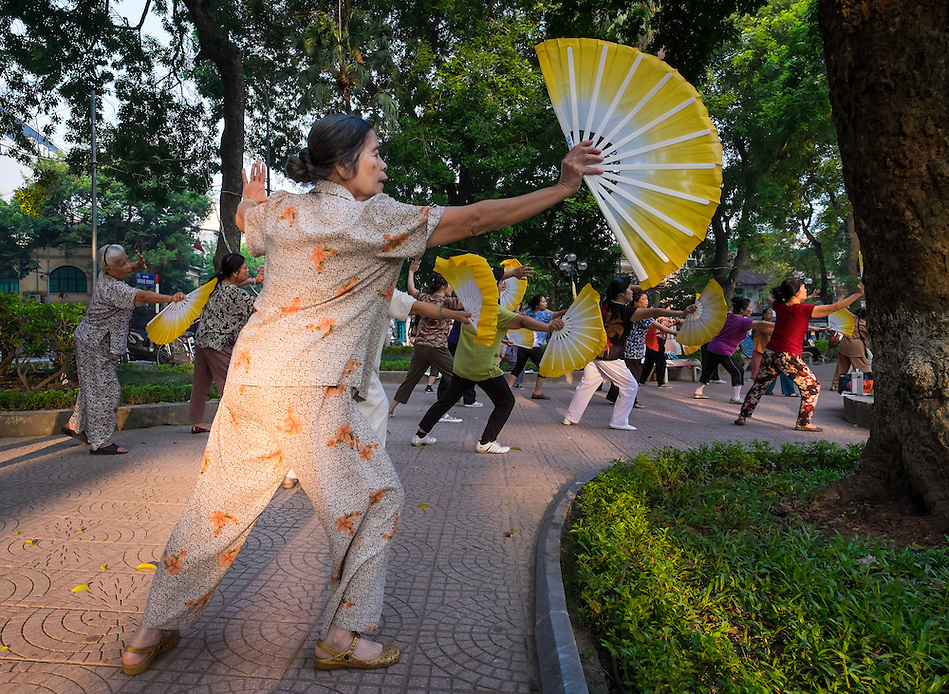 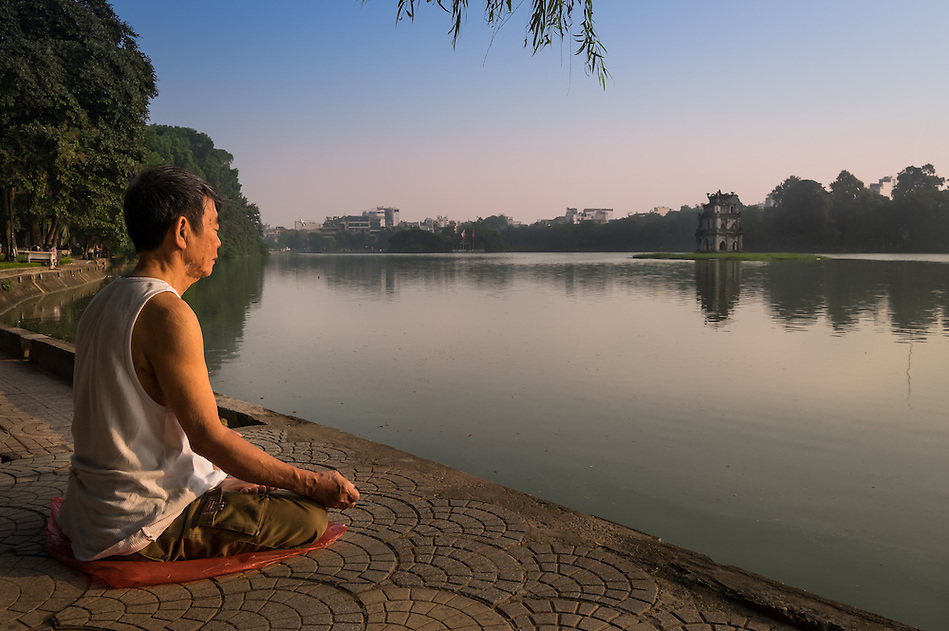 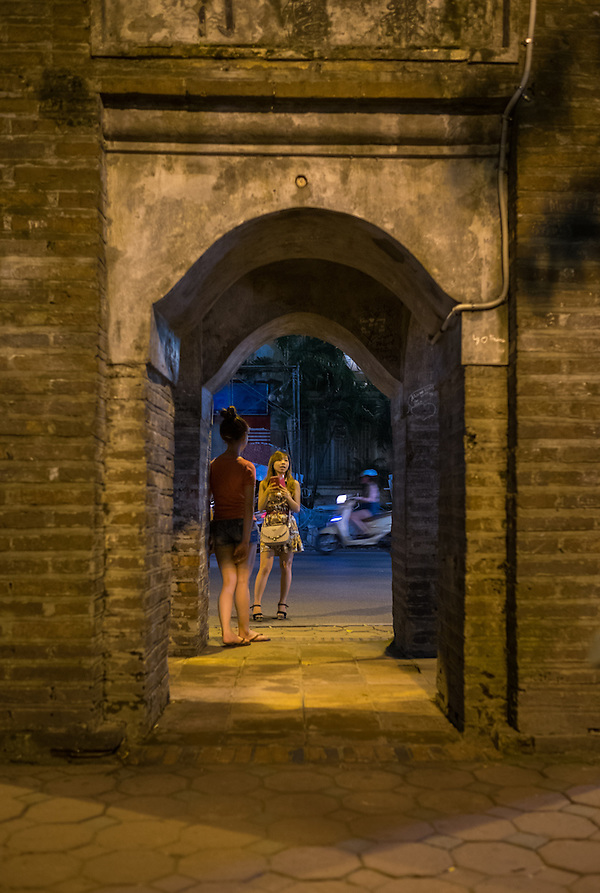 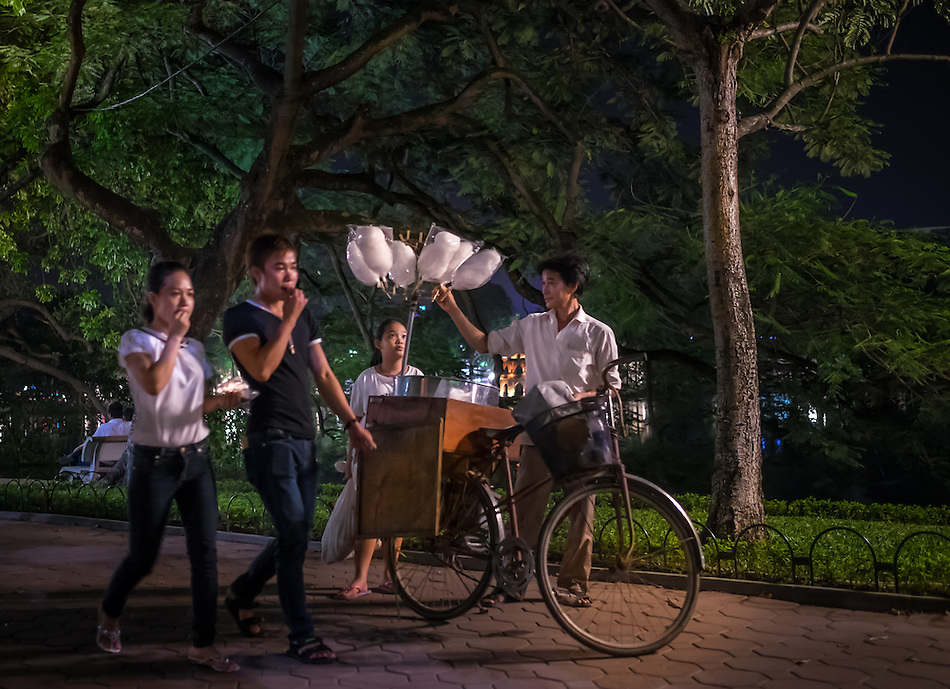 Very close to Hoan Kiem Lake, the Old Quarter is a fascinating place to get lost and immerse yourself in Hanoi’s daily life and population. It’s a maze of thirty-six streets and surrounding alleyways that are over one thousand years old. The Old Quarter conserves the original layout of old Hanoi. Back then, each thoroughfare had merchants specialized in a specific trade; nowadays, their names still reflect that specialization, and the vendors remain in their original commerce despite somehow being more mixed.

The architecture of the quarter is very unique. The French influence is noticeable, however what caught my attention the most were the classic “tubular houses.” Very narrow but long structures, the front is usually allocated as the business or storefront while the rest is divided in a succession of interior spaces for different uses, and the family section is often at the very back. The space is so limited and slender that oftentimes just one person can pass by at a time.

The presence of street vendors is almost overwhelming. Many are from nearby provinces and come into town every morning to sell their produce. Hawkers in traditional conical hats wander around offering their products. Anything you want comes to you, in rattan baskets balanced on their shoulders with bamboo poles or on the back of a bicycle. And then, moped madness; they are everywhere. Even some of the sidewalks resemble giant motorbike parking lots, so pedestrians are practically forced to walk into the pavement.

The food in Hanoi is known as one of the things one should try at least once during their lifetime, and going local is the best way to go about it. That means low tables and seats right out on the sidewalks and on the pavement. The most popular joints, coffee shops and breweries are just laid out like that all over.

The Old Quarter is simply outstanding. I loved it, all of it – the permanent carnival of vendors, the blended smell of burning incense and street food, drinking iced coffee on a sidewalk table watching the people passing by, and the constant sound of motorbikes honking just captivated me.

It is in places like this that I appreciate the magic photography can produce, at least on me, because it slows me down. It makes me be more alert and observe more, and believe me, this is one of those destinations that you want to keep with you. 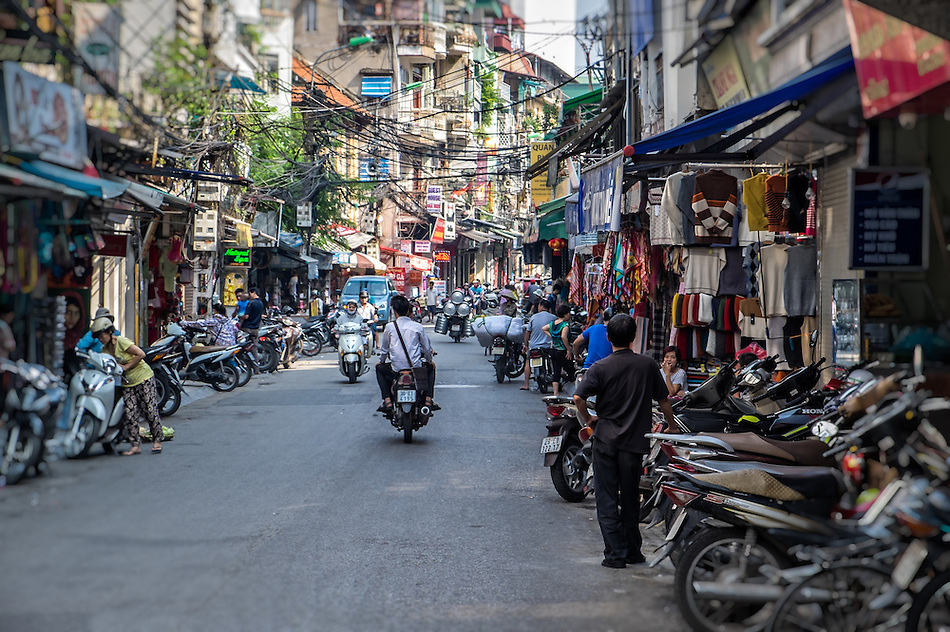 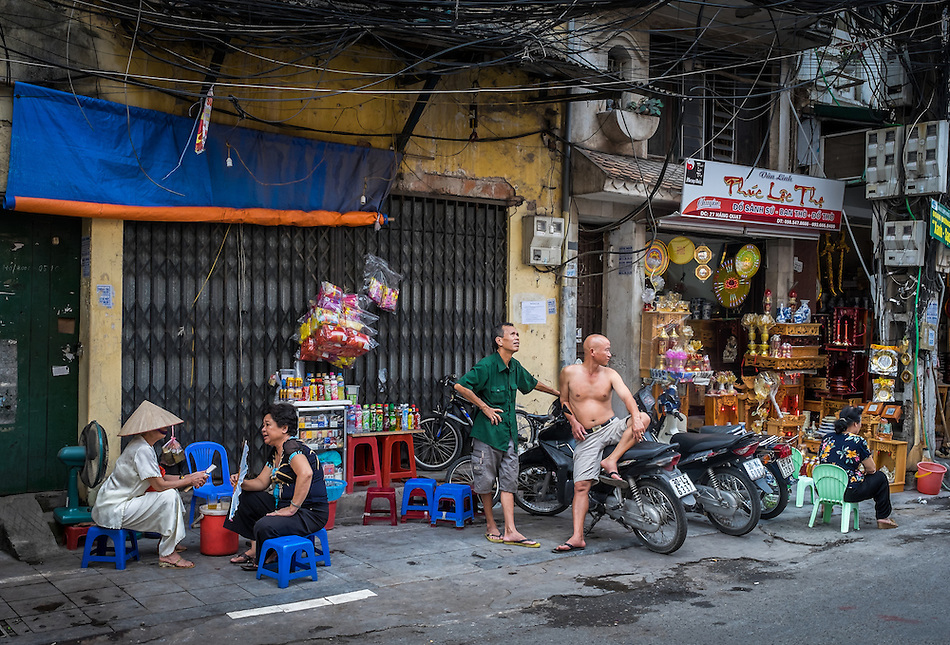 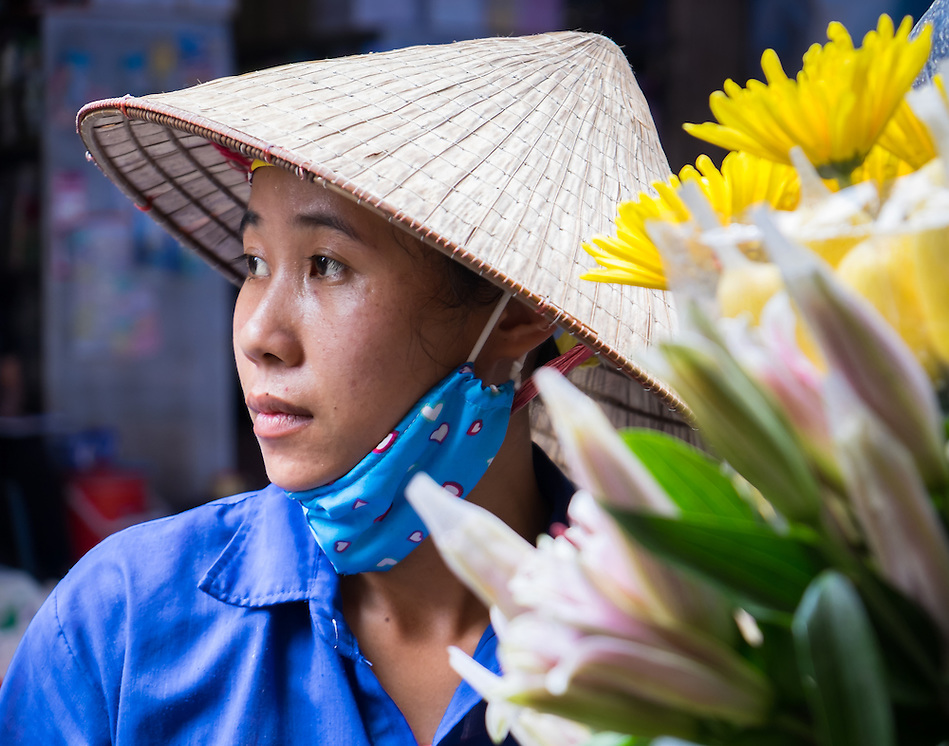 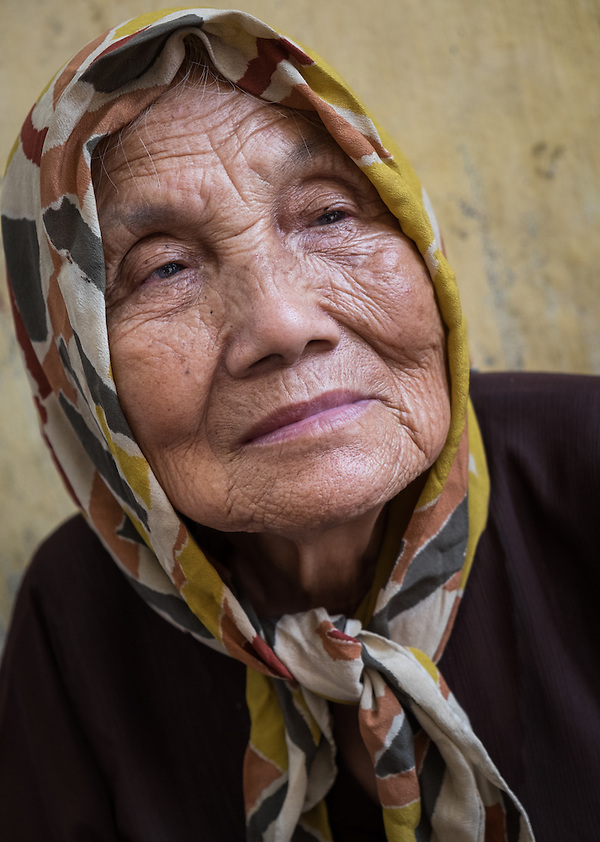 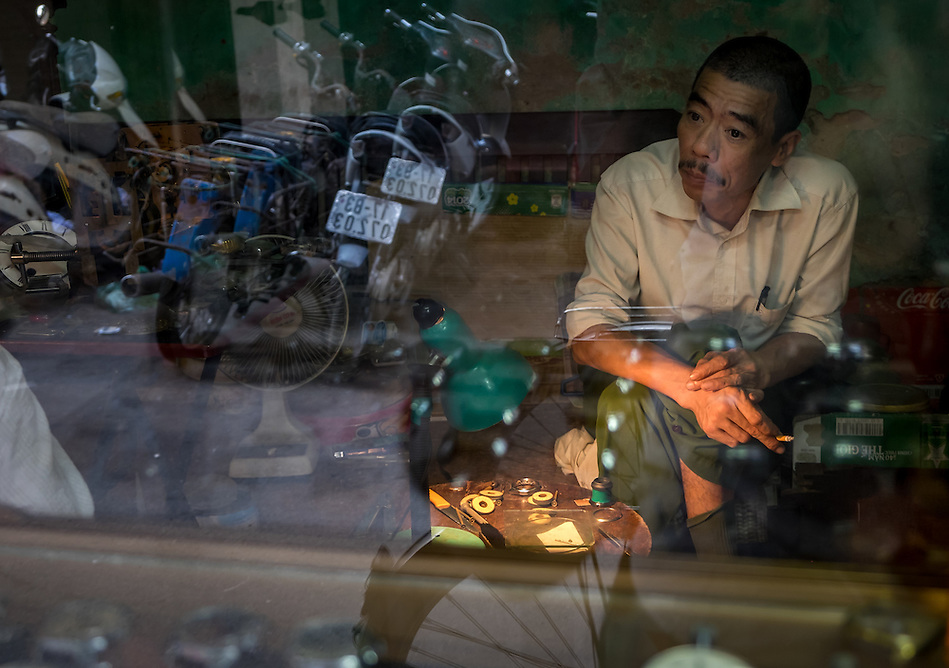 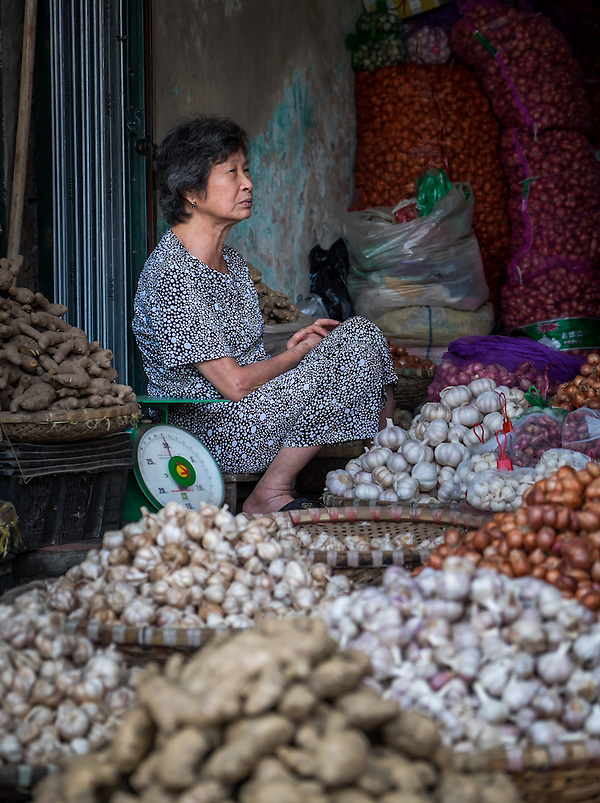 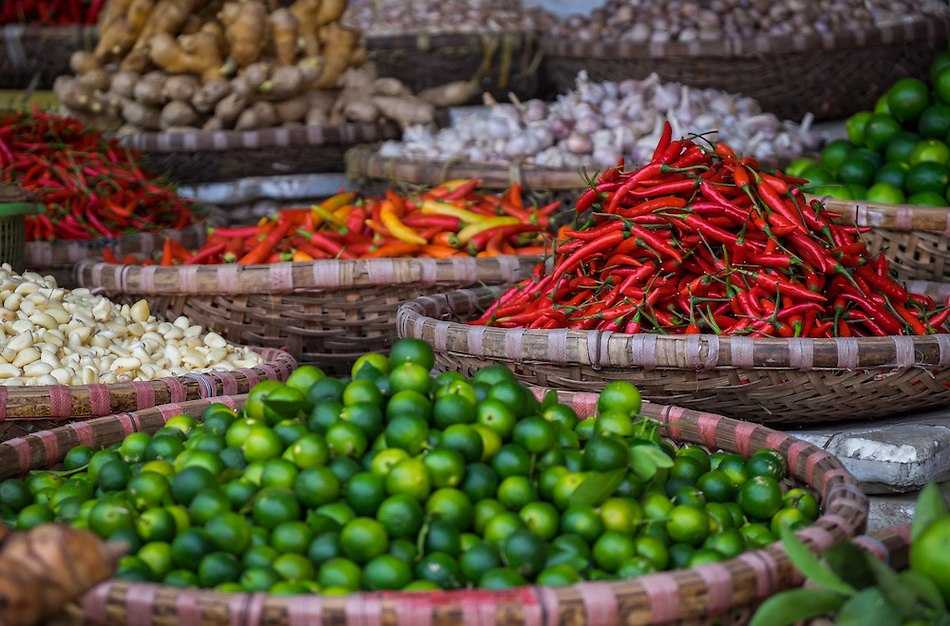 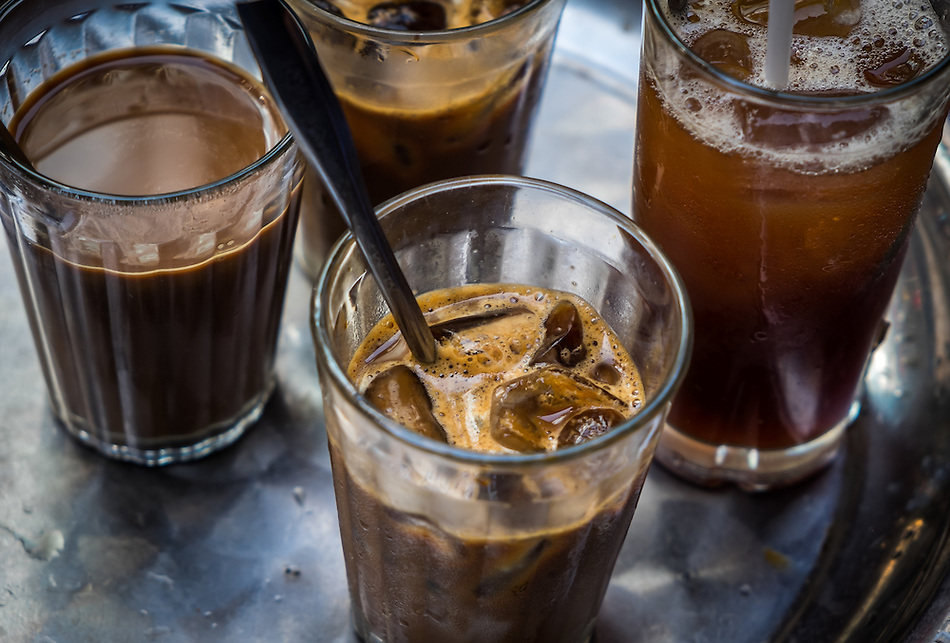 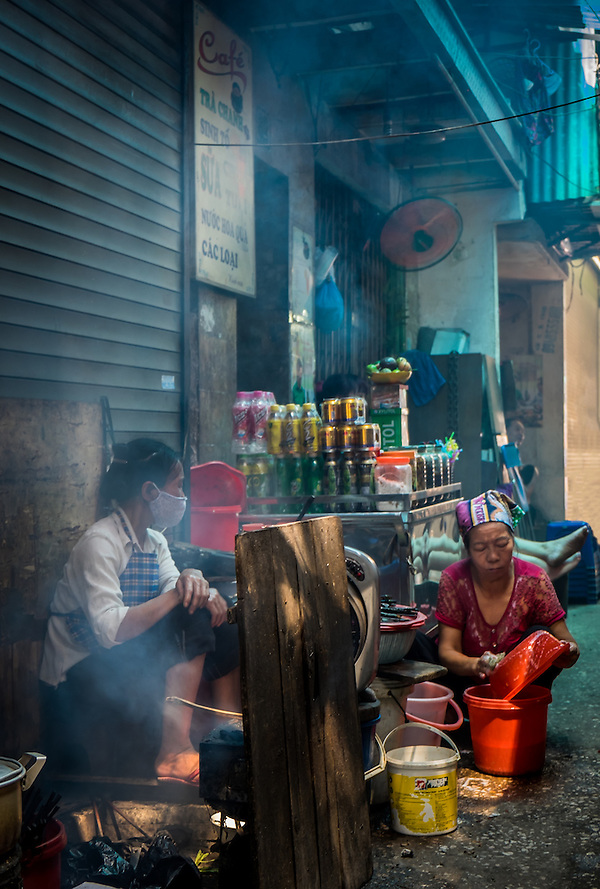 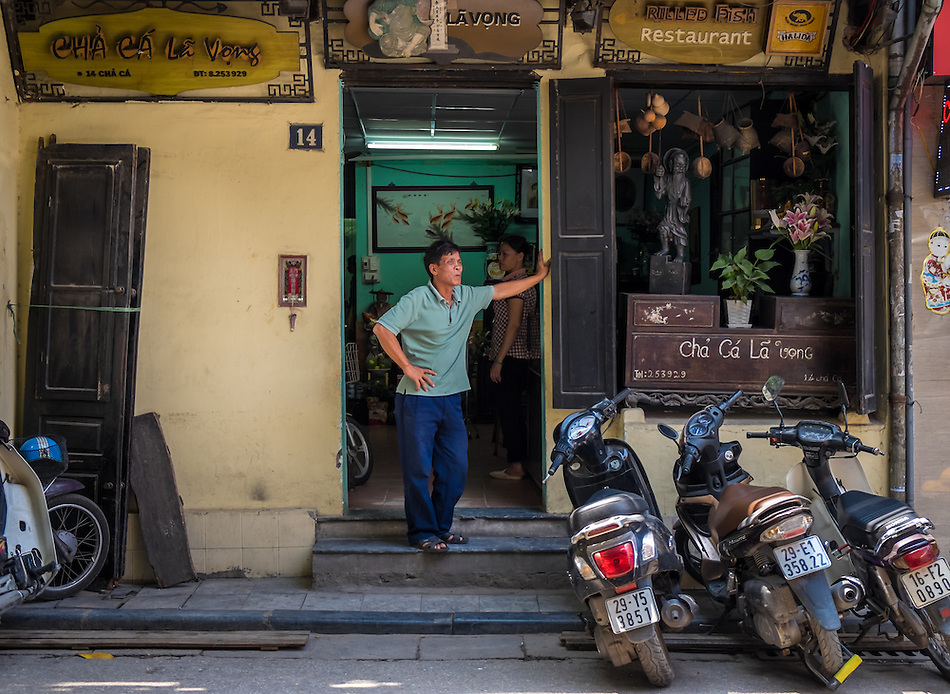 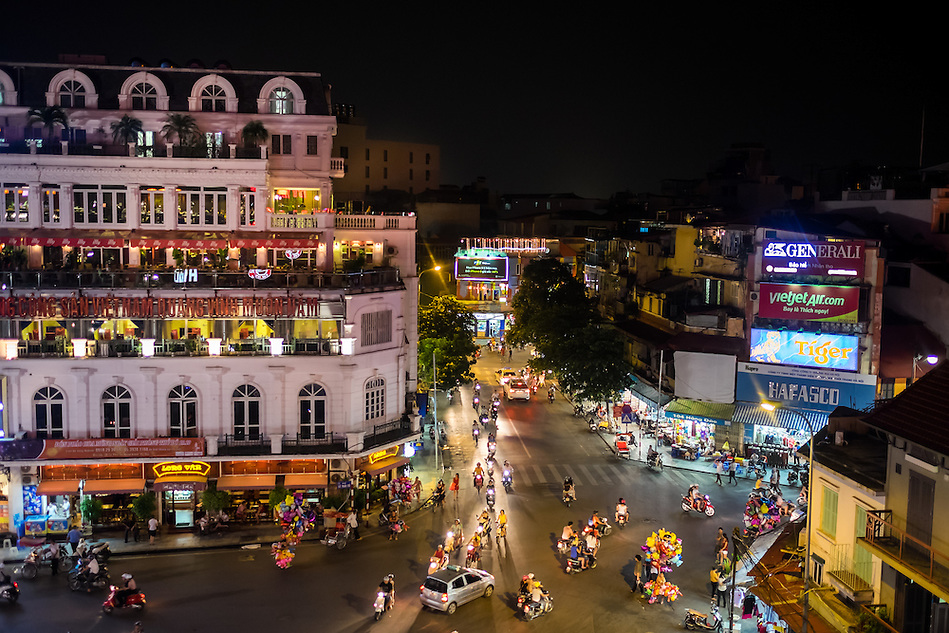 Hanoi is just one of the reasons why I want to return to Vietnam; you’ll see more of those reasons in upcoming posts. So I am pretty sure a new photo tour to North Vietnam will be on the agenda soon. If you are interested in joining me, the best way to keep in touch is to subscribe to my mailing list to get updates on upcoming trips and new posts.

Also, check out the upcoming photo tour to Iceland in March 2015.

That’s all for now, as always, feel free to leave your comments and share.