You are here: Home / Travel / Peru / Four Days in the Peruvian Amazon

A large world map with topographic and political divisions hung on one of the walls of the library of my parent’s house in Buenos Aires. I used to do most of my homework and high school assignments right there. It was warm place, perfect for day-dreaming too. Oftentimes, I pointed to that map, eyes closed, then discovered where I landed and imagined all the places I’d visit one day. I still remember when pointing to South America, a common place to end was a huge green area that read “Amazon Basin.”

Thirty years later, I am fashioning that fantasy as a real experience. I am aboard a riverboat on my way to a village nestled in the middle of the jungle.  Just minutes ago, I left the port of Nauta, a small town in the northeast part of the Loreto Province in the Peruvian Amazon. The long wooden motorboat is open on the sides. A thatched roof offers shelter, but today, it is a bit overcast, and the fresh air running through is a godsend to the otherwise hot and sticky weather. 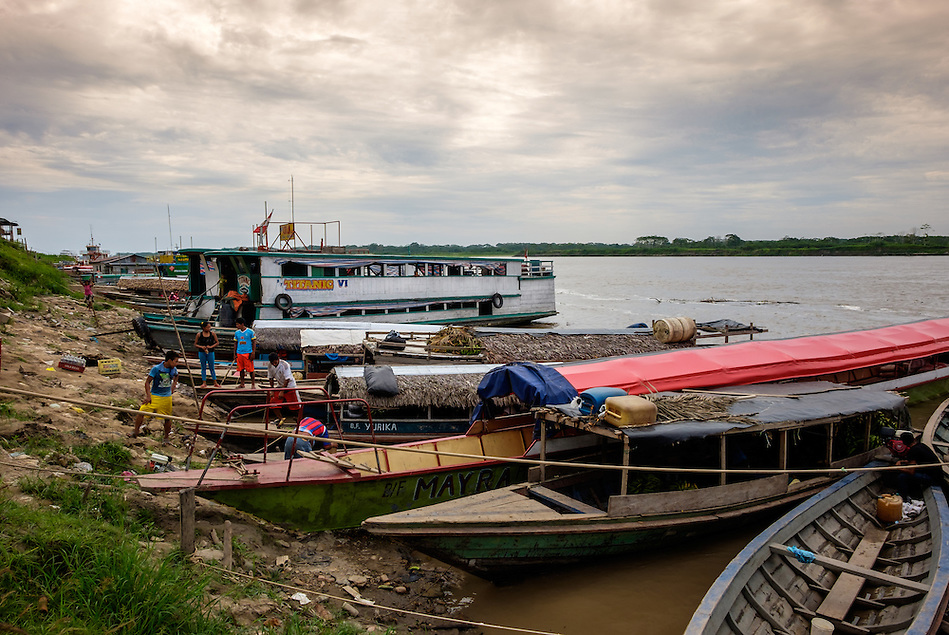 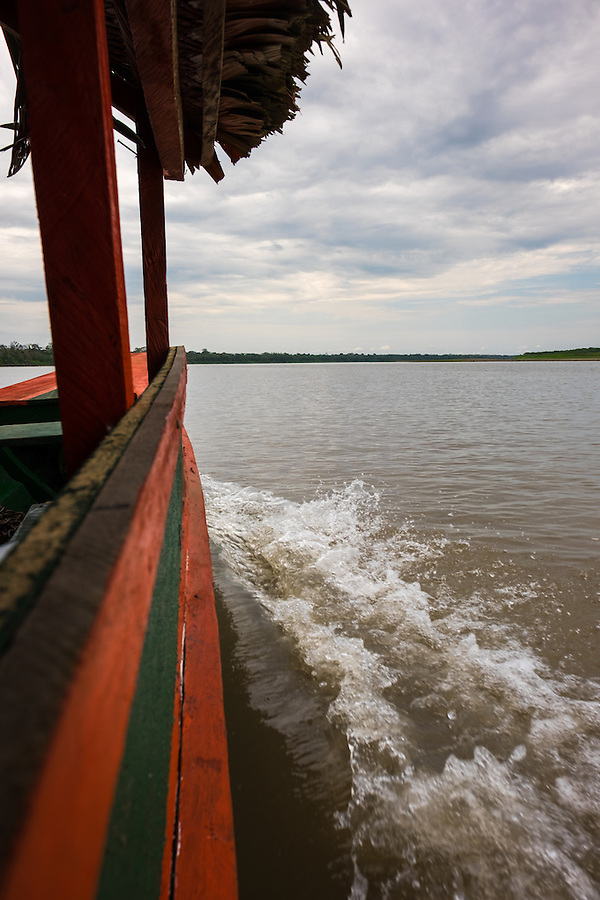 The boat is navigating the waters of the Marañon River. The picturesque port of Nauta is now behind me, and to my left is the Pacaya Samiria National Reserve. The couple of hours to the final destination in the jungle gives me the perfect opportunity to wind down and relax. I met my guide “Kid” this morning, during a light breakfast of fruits after the arrival to Nauta, while waiting for the boat. He is the cousin of Gerson Pizango “The Jungle Guide.” He, along with his family, runs the Curuhuinsi Lodge near the village of Puerto Miguel. Like his cousin, Kid is petite, about 5’5, robust, and agile, short hair, dark skin, a native of the region from the Kukama community. He tells me that he can hunt caimans, serpents, and fish with a spear. Listening to his tales and programs for the days ahead gets me pumped.

The harbor was just a couple of blocks from us, but to reach it, we needed to walk around a street market. Needless to say, I started my own hunt, hunting for photos of the locals and their daily activities. The port was bustling with activities. There were embarkations of all kind, the ones coming with products for the market, the ones leaving, and the ones being loaded and prepared for visitors, who, like me, were there looking for an authentic adventure far from the mundane and everything we know. 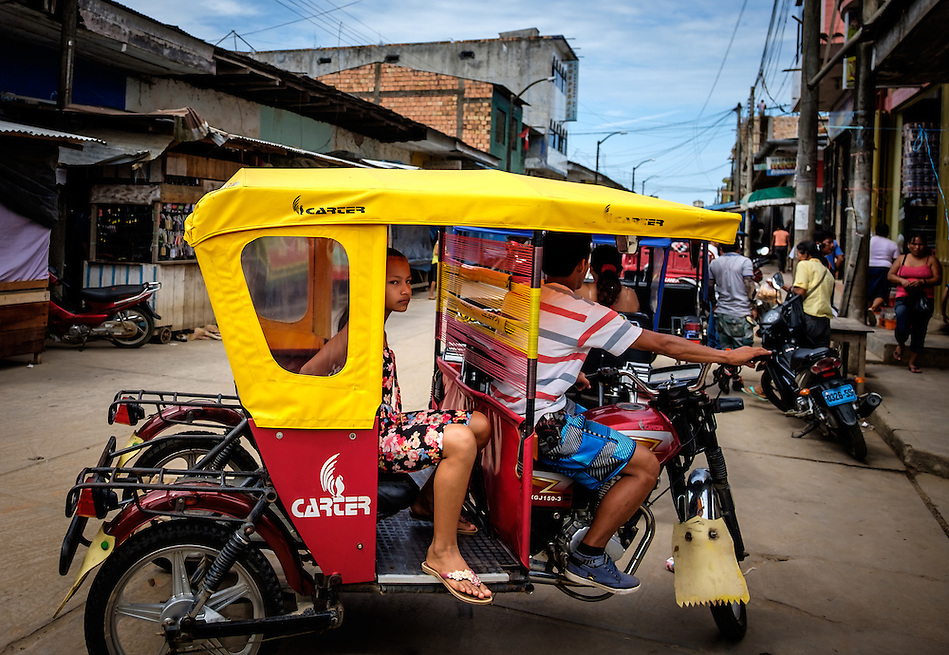 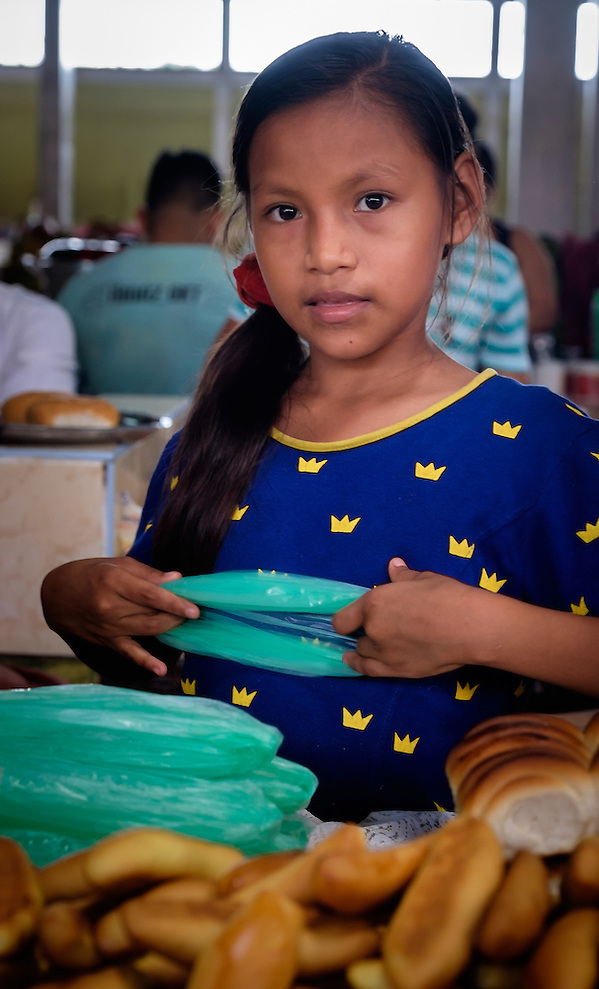 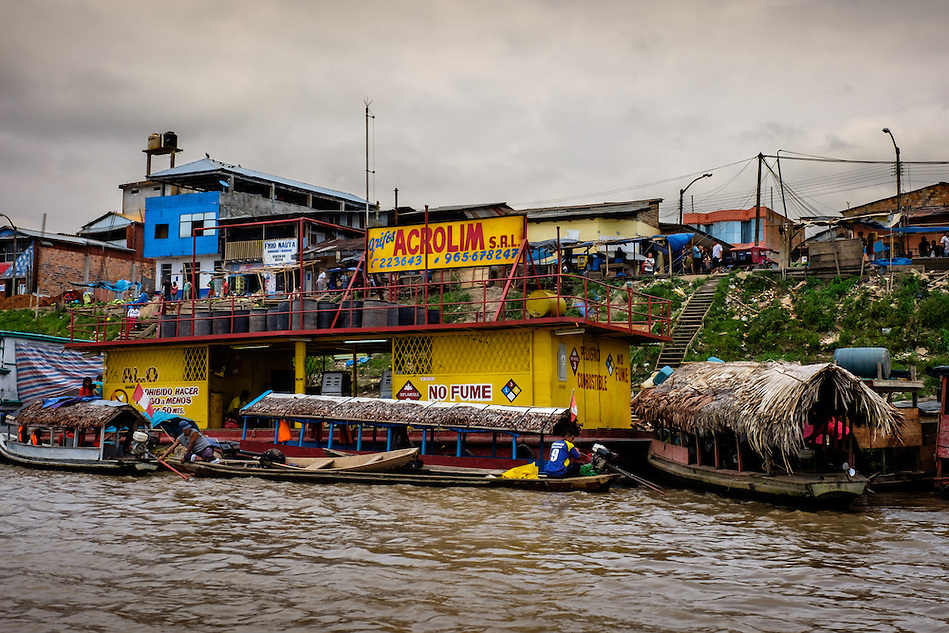 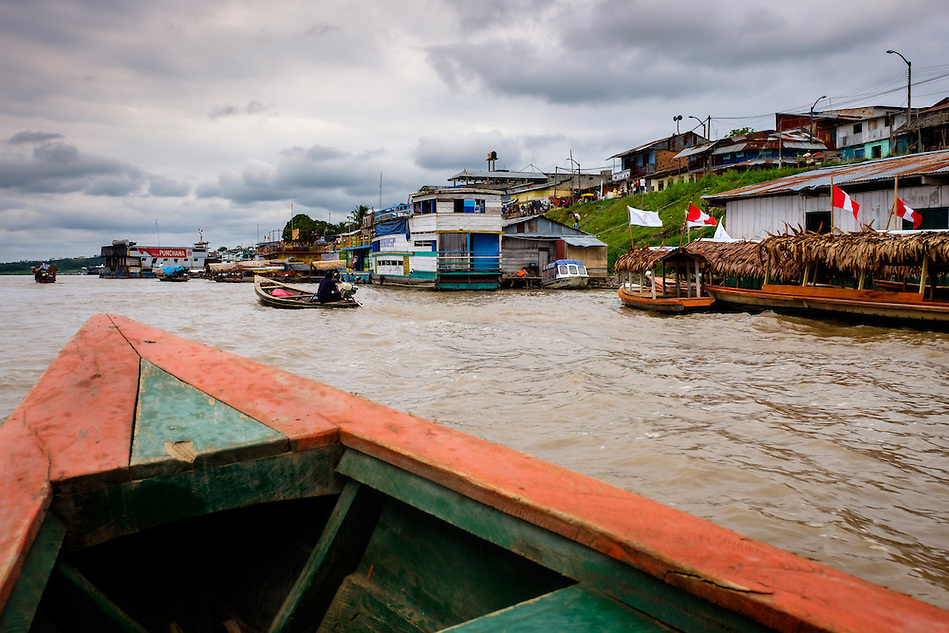 Making it all the way here was not impossible, but it required some logistics. The port of Nauta is about two hours’ drive from Iquitos. You reach Nauta via the only major road leading out of Iquitos. The city of Iquitos is widely known as the biggest inland city that is not connected to the outside world by roads. The only way to get there is by flight or boat. For us, visitors, the only feasible way was to fly from Lima, spend a night, and then move on early morning. The last day was the same, back to Iquitos and wait for a flight out the following day.

With that, I had the opportunity to wander in Iquitos. The “Capital of the Peruvian Amazon” is bigger than I thought. With over four hundred fifty thousand souls living there, it is the sixth most populous city in Peru. But that was not the only thing that surprised me. Late in the nineteen century, Iquitos was the center of export of rubber production from the Amazon Basin. The rubber fever attracted thousands of European traders, who become very wealthy. Those fortunes are reflected, somehow, by the architectural treasures of the city. The historic center is recognized as Cultural Heritage of the Nation, and more than seventy edifices are part of it. I did not expect to find such particular buildings, magnificently decorated with ceramic tiles, imported from Italy and Portugal during the rubber boom era.

Tiles and structures from glorious days are not the only way Iquitos shows its personality; the streets are populated with thousands of auto rickshaws, aka tuk-tuk, modified motorcycles with a cabin supported by two wheels in the rear with space for three. Clearly, this is the preferred method of transportation by the locals; even the taxis are moto-taxis. The town center and around the “Plaza de Armas”, is very walkable, and I enjoyed my short stay. I actually had one day, the very last, to photograph and make pictures of Iquitos. Unfortunately, I got there very late and tired the first journey. The flight from Lima in a small turboprop aircraft with stops took a toll on me, as the prior night, I had just arrived from Miami. 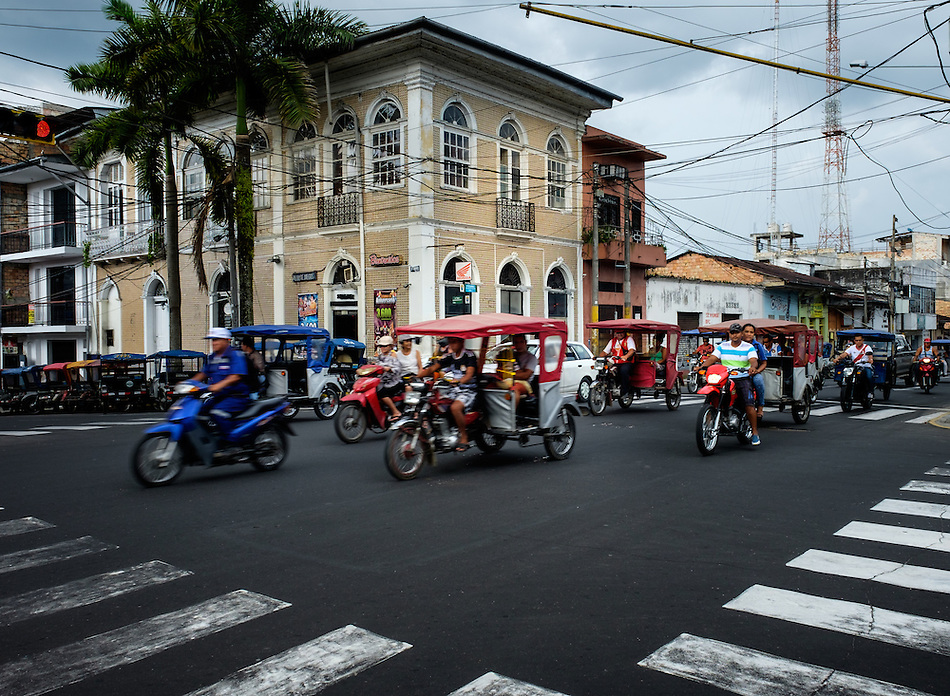 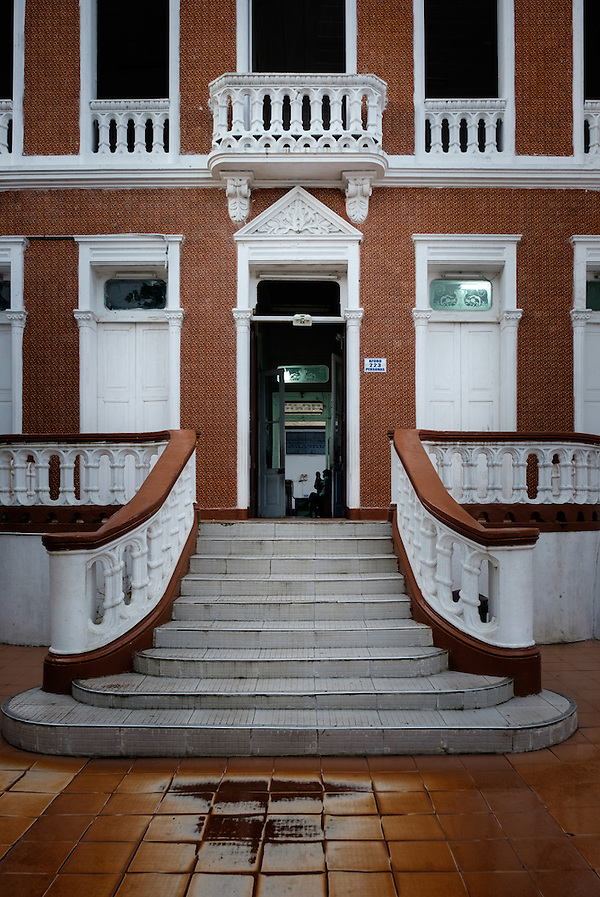 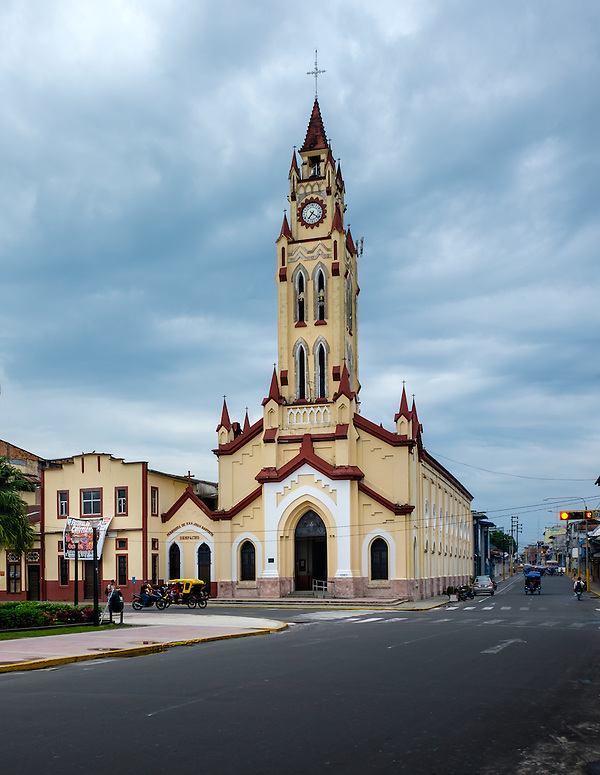 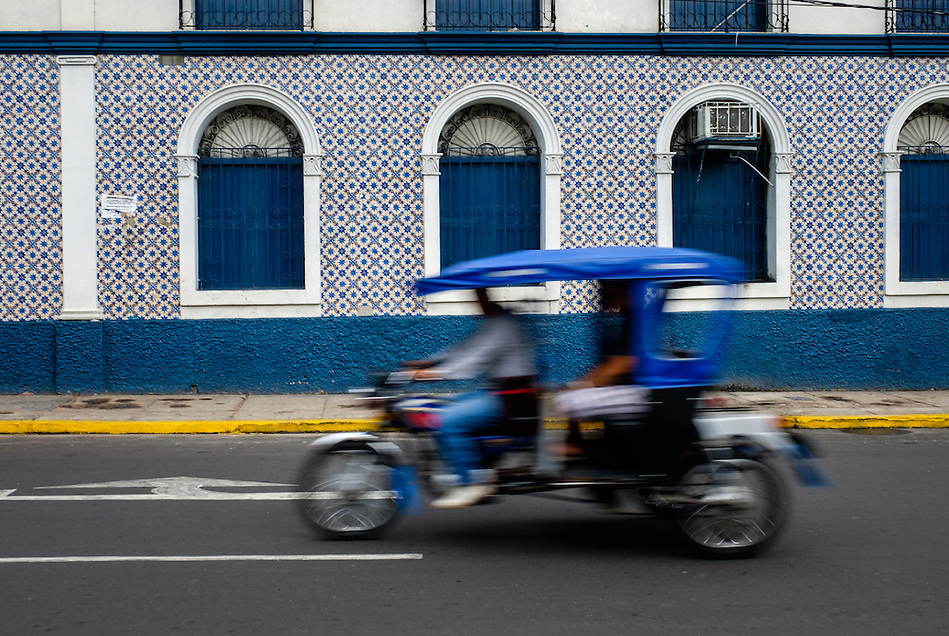 PUERTO MIGUEL AND THE JUNGLE

The journey by boat to Puerto Miguel included navigating the Marañon river downstream to where it confluences with the Ucayali river and forms, what is known as, the main steam or birth of the Amazon river then continues to the Ucayali until we reached the Yarapa River, a much smaller stream. The lodge is on its margin and Puerto Miguel just a couple hundred meters ahead.  We were at the beginning of the wet season, so water levels were not high, and as we approached the place, the boat was almost touching the mud on the bed of the river. Kid told me that just a week ago the stream was totally dry, and getting to the lodge needed to be done by walking. 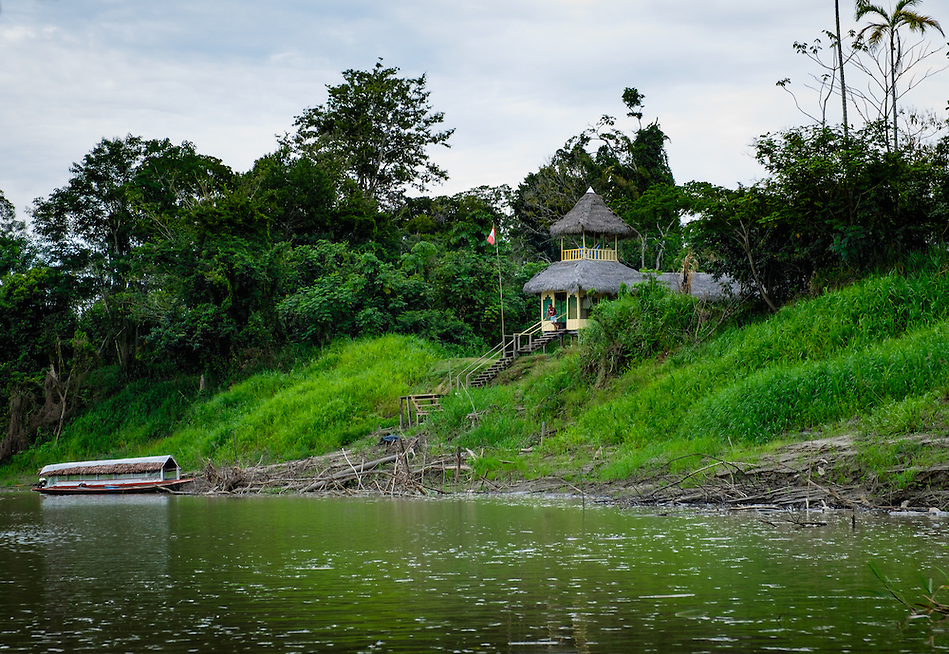 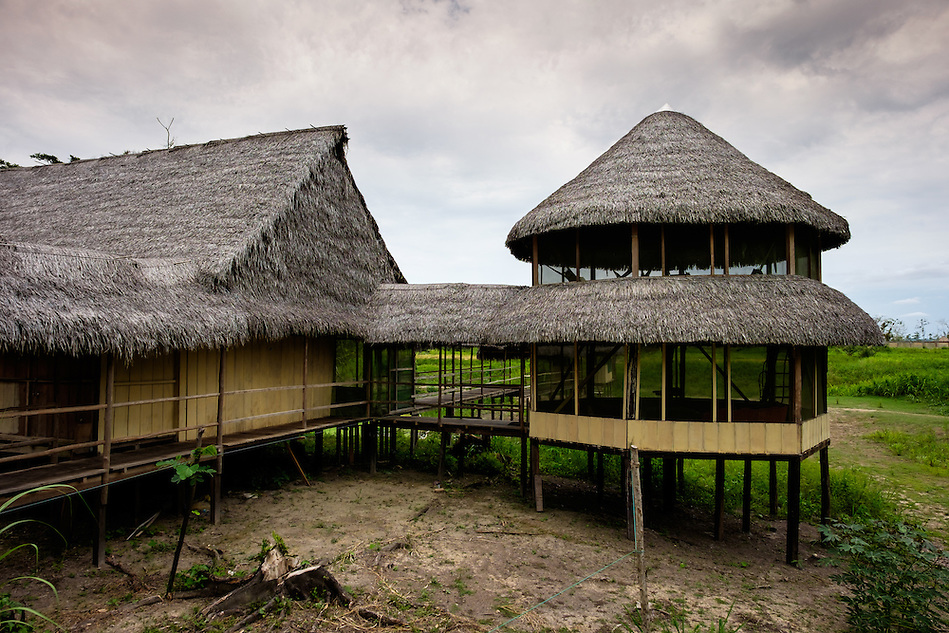 Like the rest of the houses in the village, the lodge is built on stilts. It was almost noon when we reached the lodge, and the heat was peaking. Other family members were waiting for us to show our accommodations. The lodge was basic but cozy. The windowless rooms were protected with mesh, and the wooden beds were covered with mosquito nets. Luckily, we had private bathrooms, just cold water, but that’s all you need here. There is no Wi-Fi, no cellular signal, and power is provided from six to nine in the afternoon via a generator to re-charge batteries if needed. Right now the hut is sitting on dry land, but that will soon change with the beginning of the wet season, and most of the land around will be flooded.

Puerto Miguel is about eighty seven years old. About sixty Kukama families, three hundred people, call it home. It consists of a main dirt street with a few houses scattered around it. There is a school, a bar, and not much else. The village was not always here, I mean, in the same location. In this part of the Amazon, the water level drastically changes with every season. About twenty-five to thirty feet is the difference, and with that, the margins of the river and land around erodes, making the families move every seven to ten years. In the recent past, most of the houses were located on the other side of the Yarapa. They’ve now moved to the margin where the lodge is. Still, on the other side, there are some families that didn’t move and a significant quantity of abandoned huts and structures, a church, a school, and so on.

The houses are very basic structures, built with wood. There are no windows, just an open structure with a roof made of palm trees that provide shelter from the weather. Puerto Miguel is a strong community. When it comes to building a new house, everybody participates; they help each other. It is a place where traditions are kept almost intact, with very resourceful people, who have learned to survive purely using the natural resources of the rainforest.  They coexist with dangerous animals and countless insects. The jungle and the river provide all their needs, even remedies. Like a natural pharmacy, cures for diseases can be found in plants and trees or insects. In need of mosquito repellent? Locals just snatch termites from their nest with their hands, rub them on their skin, and voila…

My days in this region of the Peruvian Amazon were filled with plenty of activities, opportunities for taking photos and picking up knowledge about the area and its people. Most of the outings were done in dugout canoes or small embarkations. This was the best way to explore estuaries and creeks, like the locals do, observing nature and trying to spot animals at a very slow pace. Walks in the jungle, learning about plants, natural medicine, night excursions, and a visit to Oxbow Lagoon to see giant water lilies. It was a truly amazing adventure, going to sleep every night under starry skies, like I have never seen before and the sound of the jungle is something I am pretty sure I will never forget. 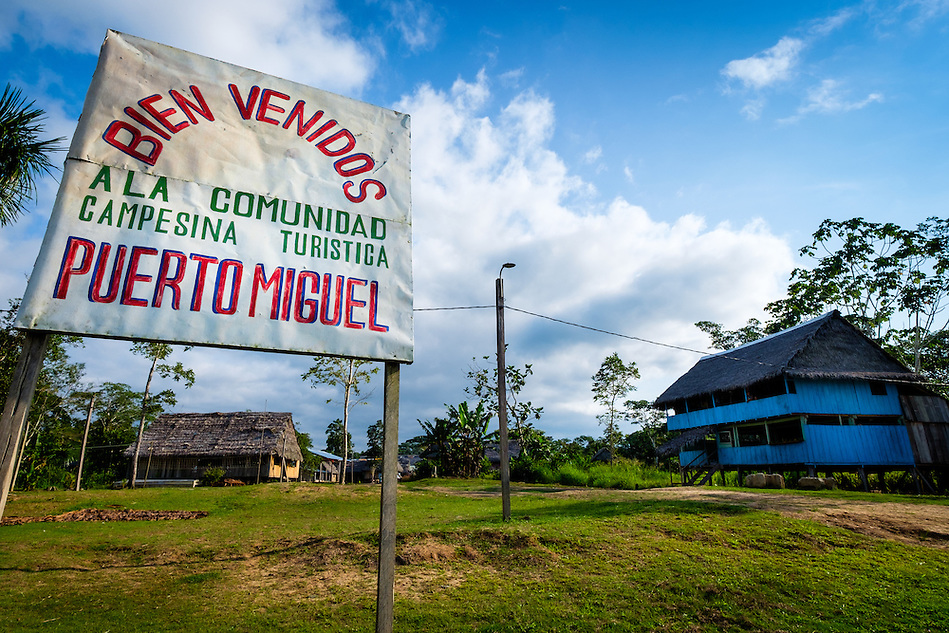 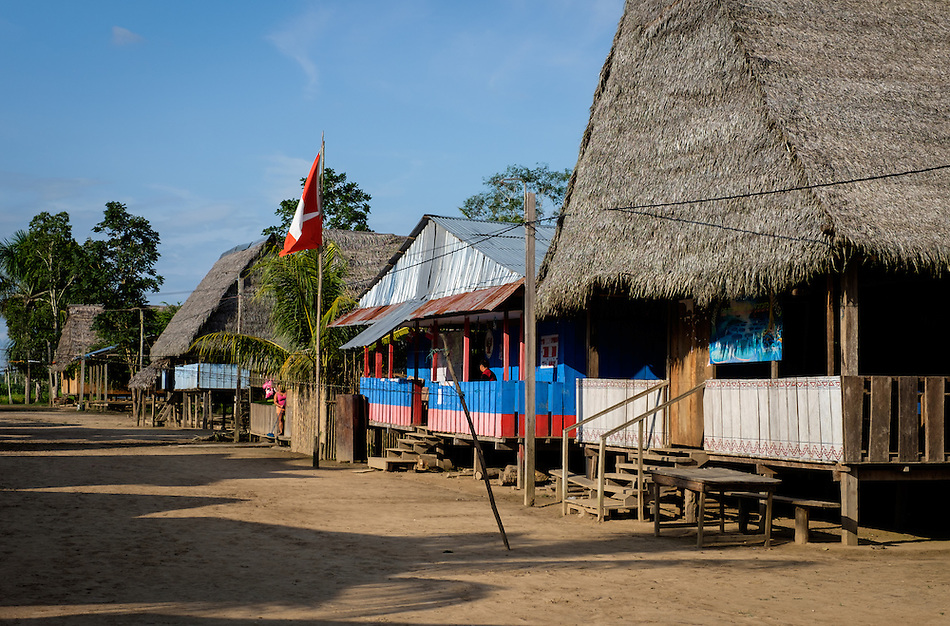 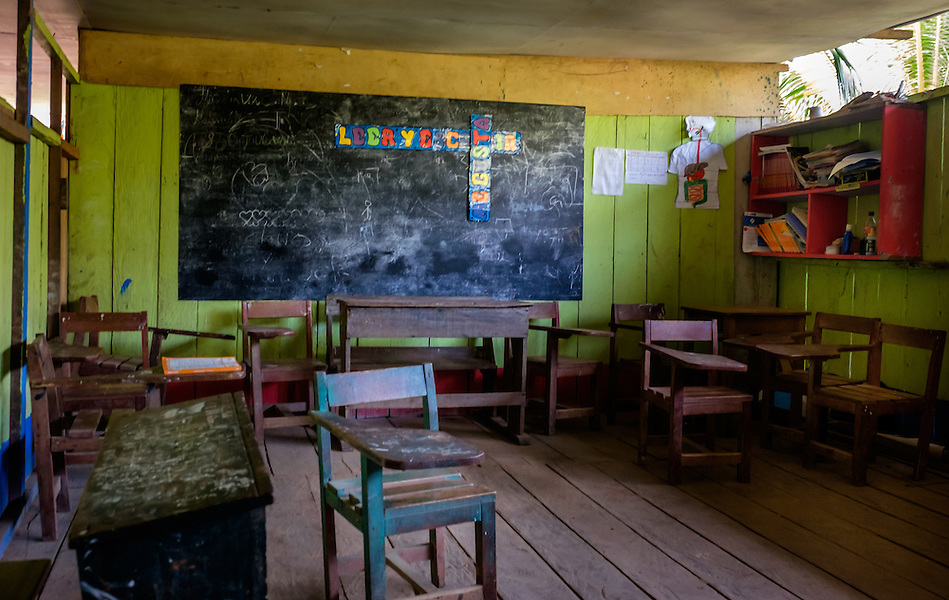 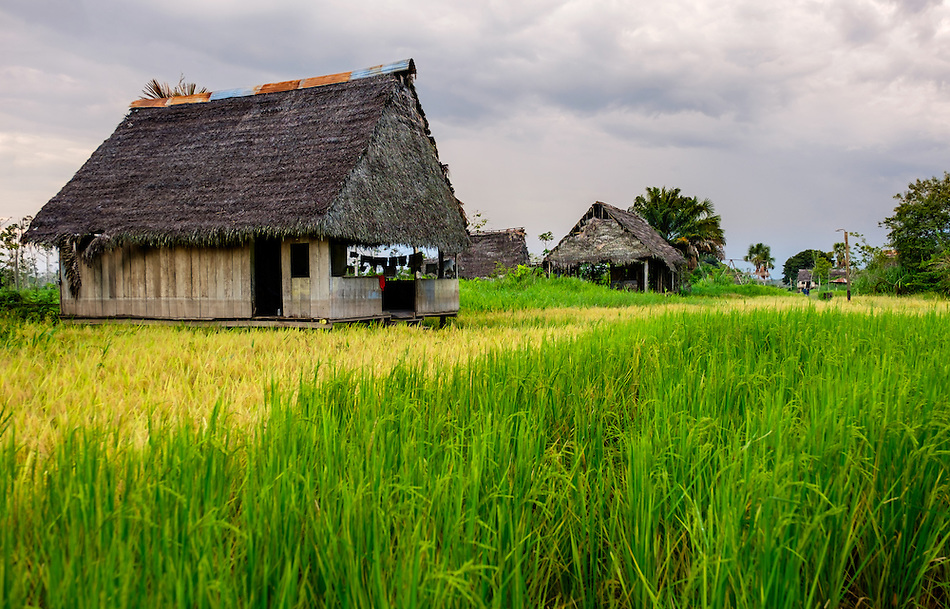 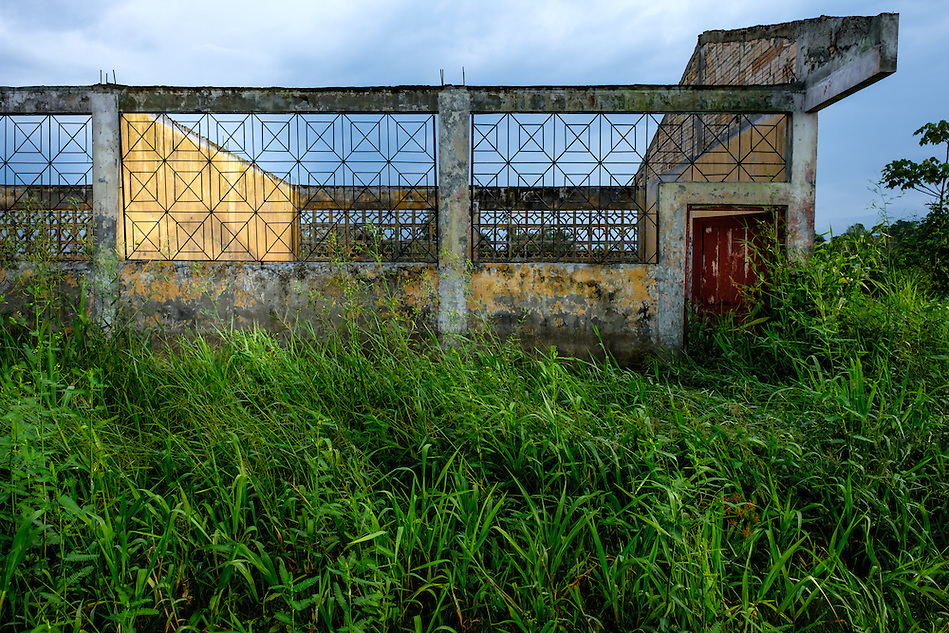 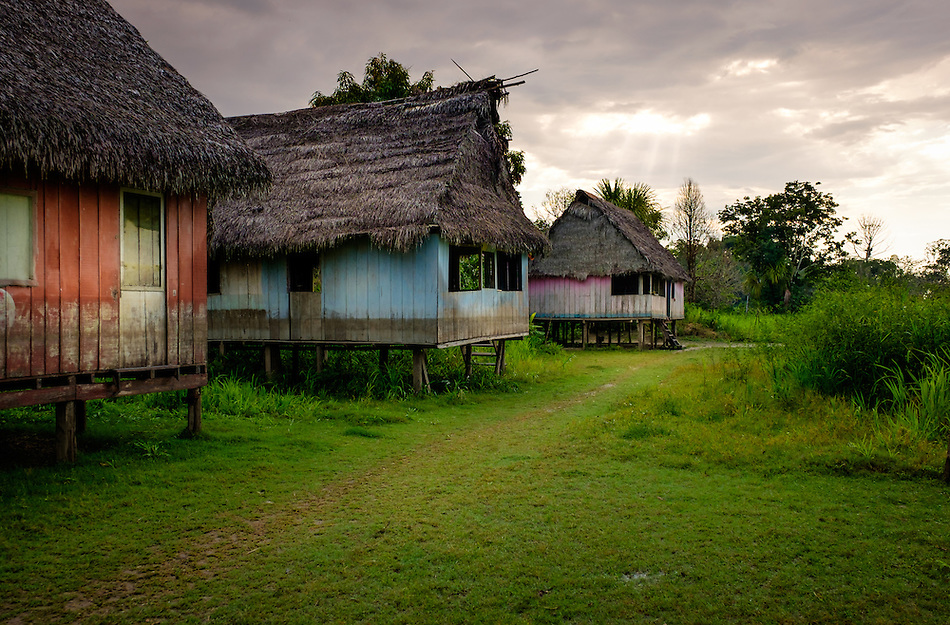 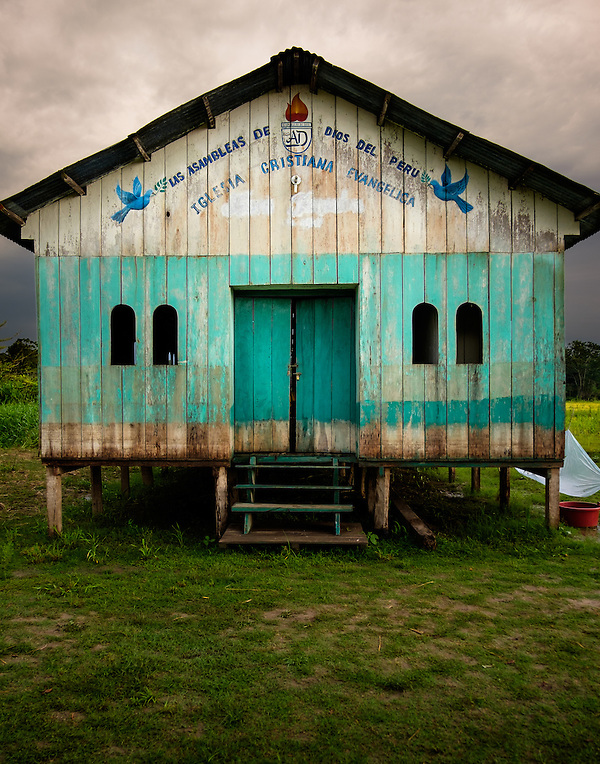 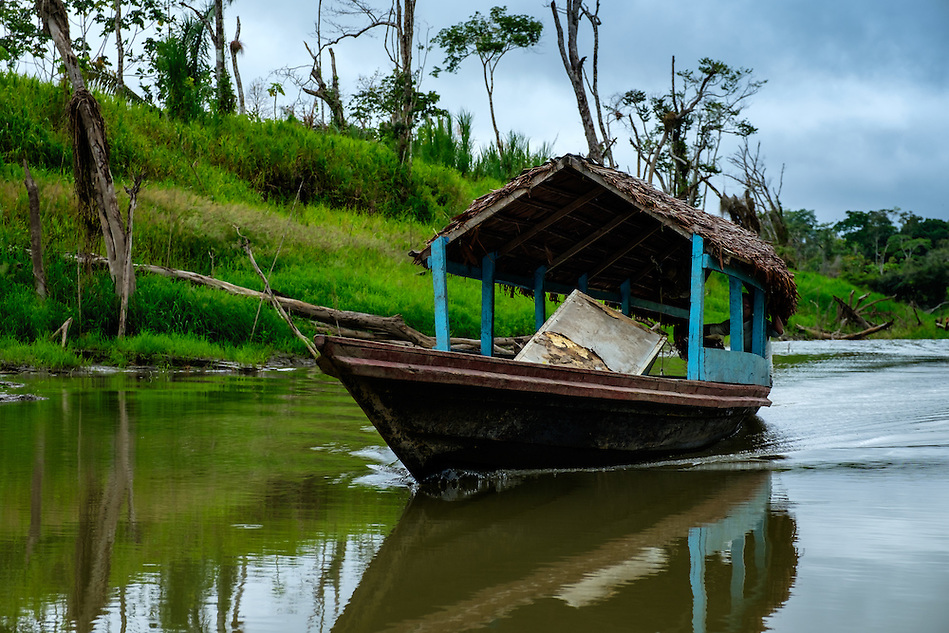 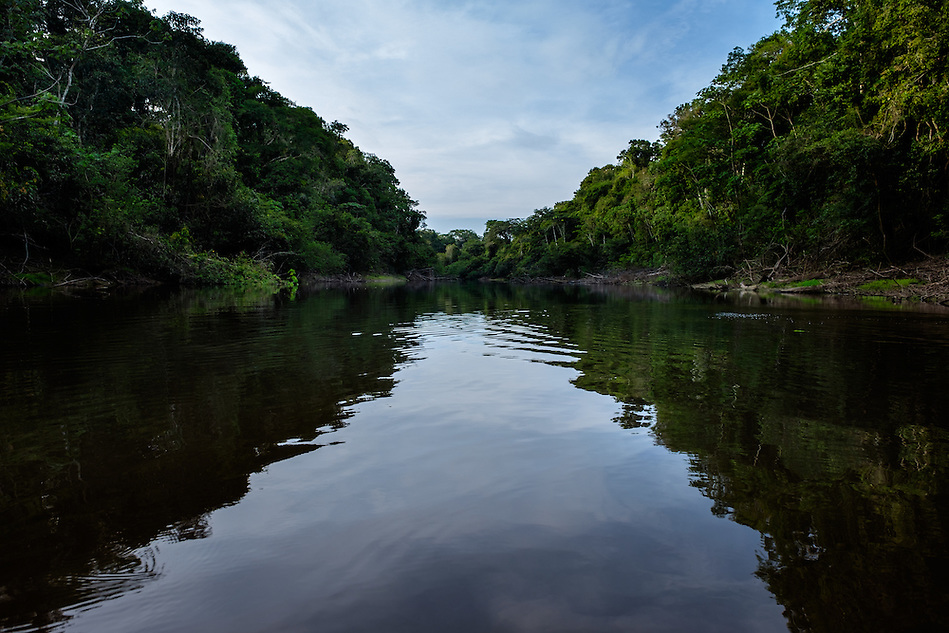 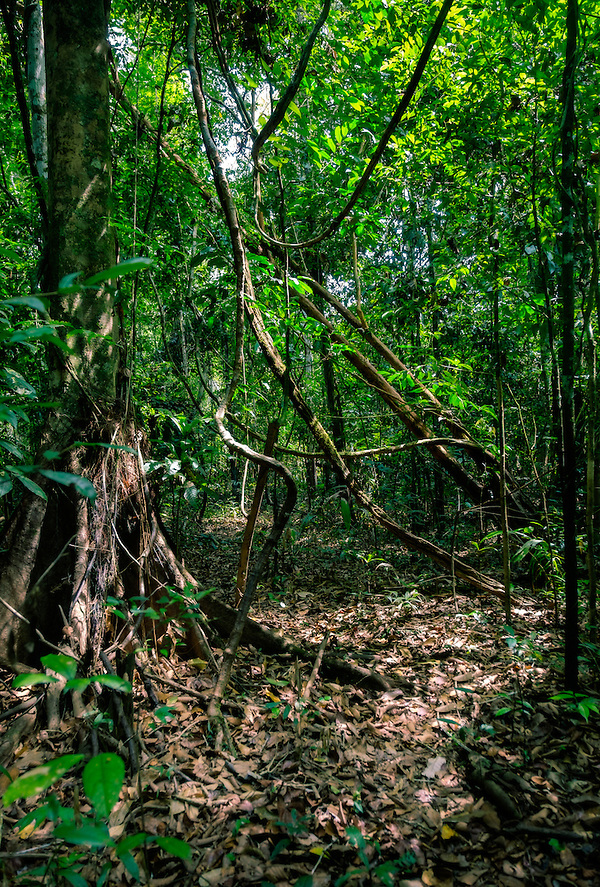 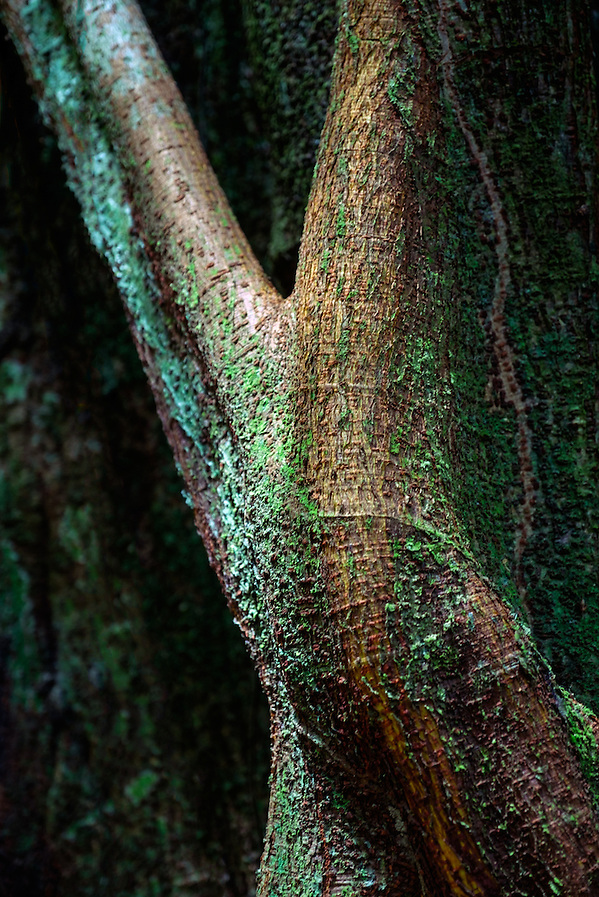 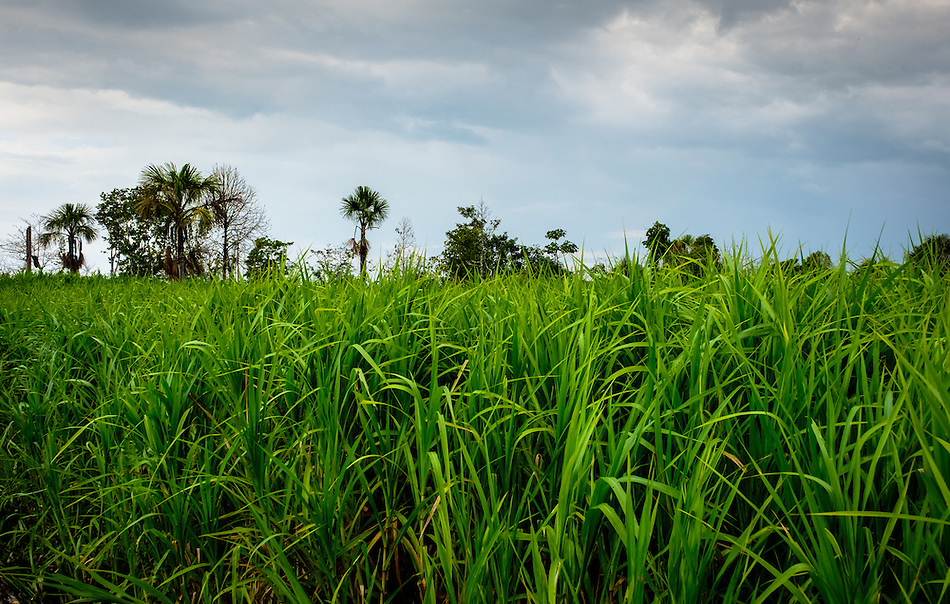 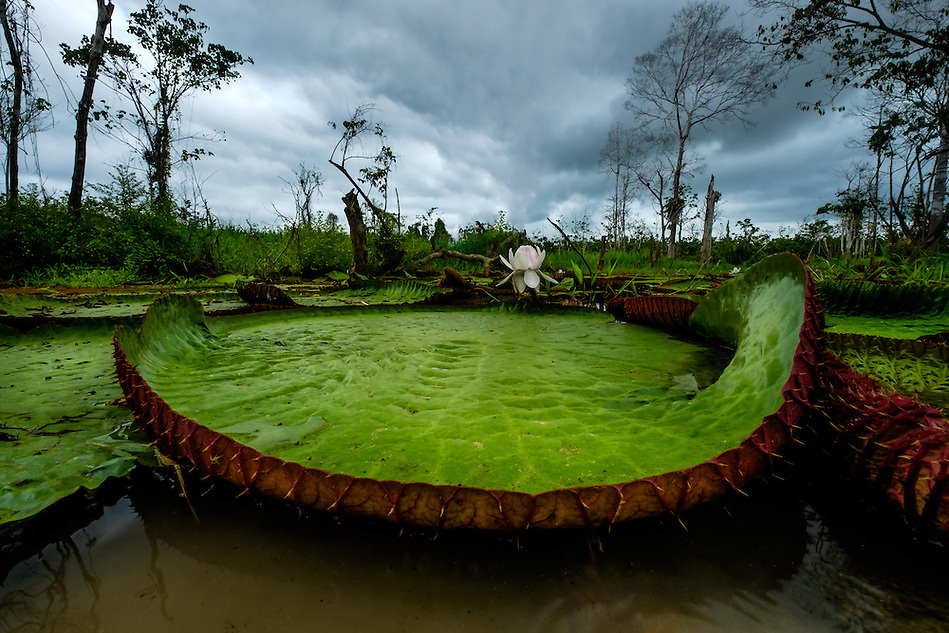 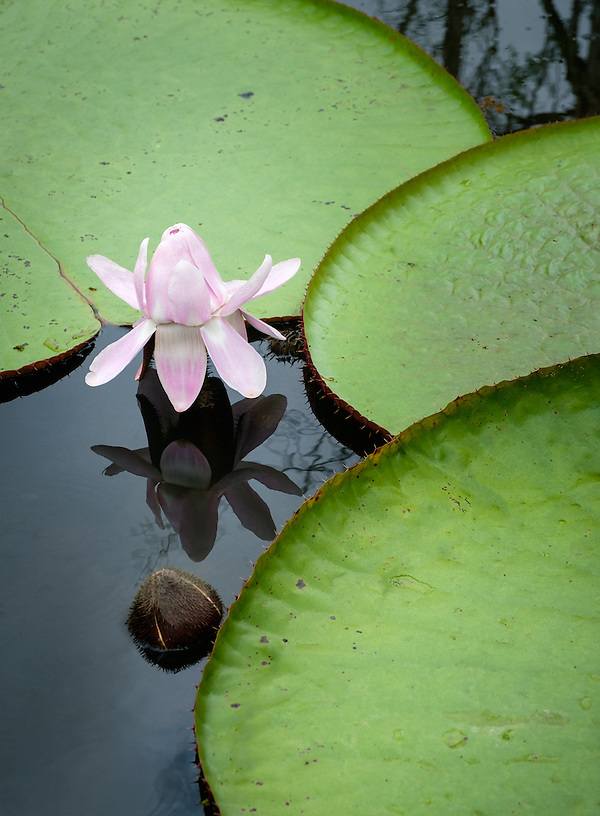 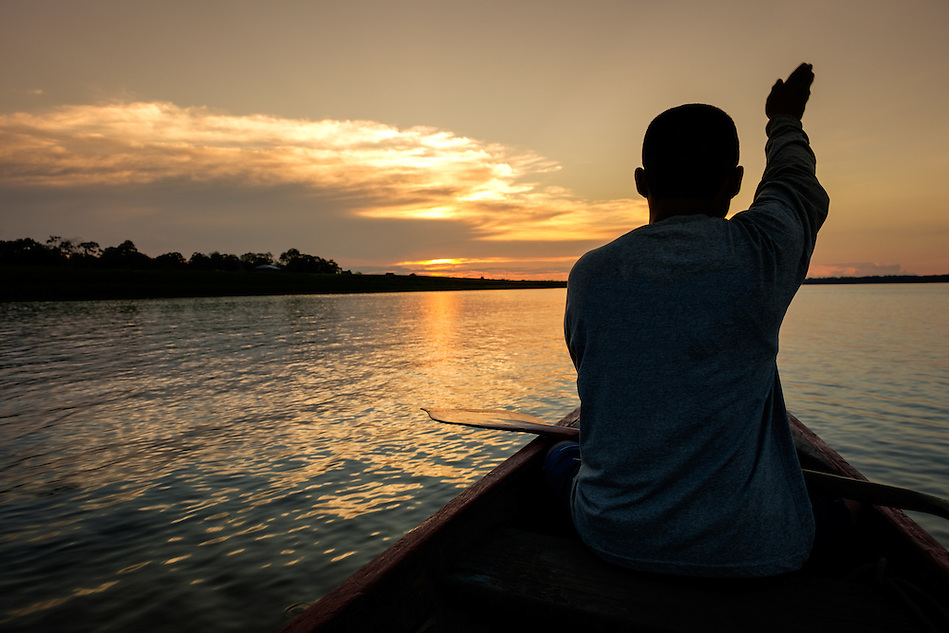 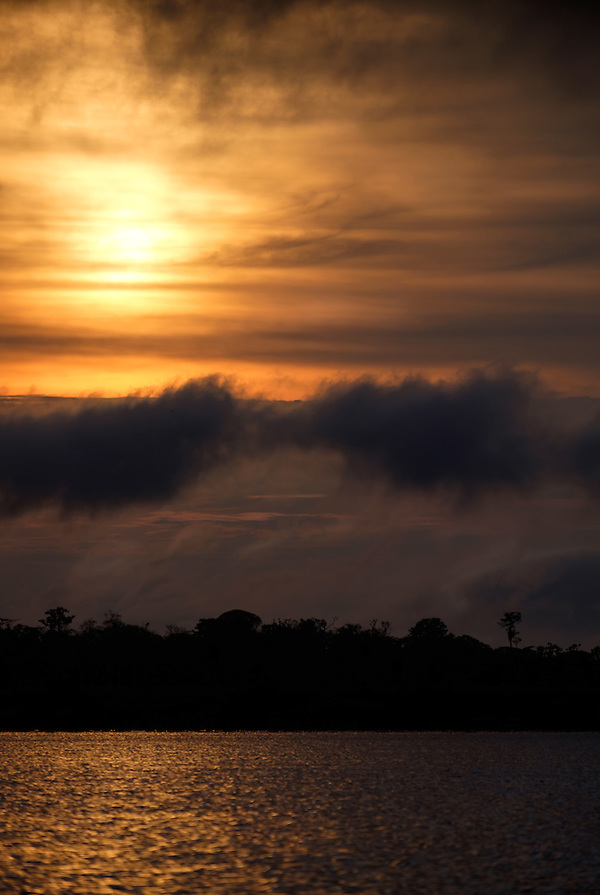 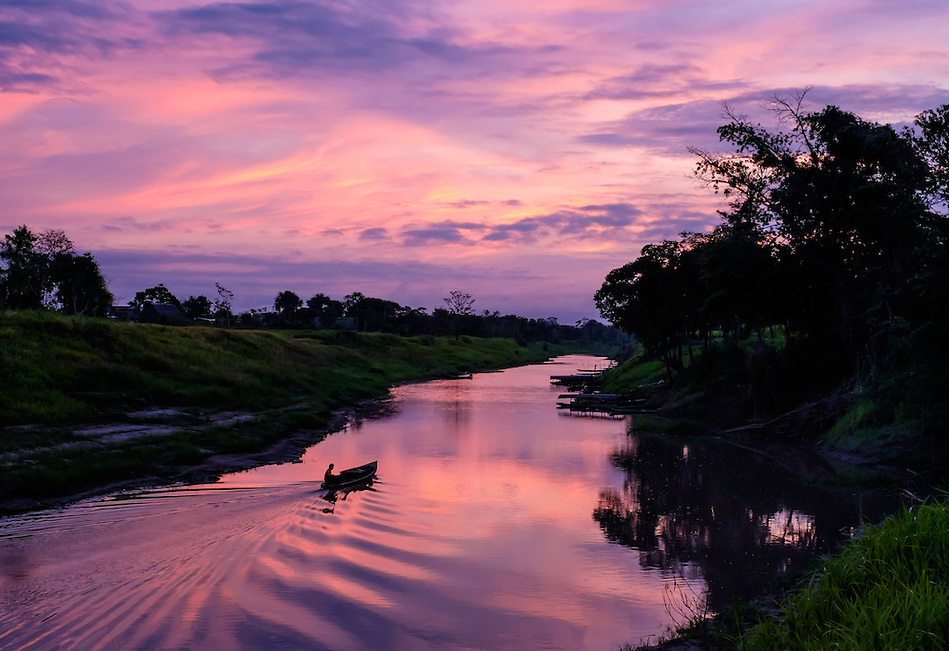 As far as Kid, well, he proved to be a wonderful guide. He showed us and tried his best to reveal the secrets and stories from his beautiful land, the rainforest, the jungle, the place to where he is proud to belong. He also delivered on his promise and demonstrated his hunting skills, spear fishing, how to find and catch serpents and caimans during a night outing, but making sure not to harm them and putting them back to their environment. I’d highly recommend Gerson and his family if you are planning a trip to the Peruvian Amazon. They are fantastic, and your money goes straight to the families of Puerto Miguel with no middle man.

For me, well, this was a fantastic experience. I had moments of discomfort multiple times, the heat, the humidity, the insects, but I’ve learned and photographed a lot, and I’d do it again without hesitation. After all, there is probably a good reason why, so many times, when I opened my eyes, my finger was over the Amazon Basin over that map on my wall.

Like in the rest of the photos of the trip to Peru, these where taken with the Fuji X-T1 and the gear you can see in this post.

That’s all for now. Feel free to comment or ask me questions. Stay tuned for more photos from the trip to Peru, coming soon. If you want to order prints or license my work, just click on the photos.