Here is another photo taken during my recent trip to St. Augustine. This time the Castillo de San Marcos.

This is one of the highlights of this old spanish city, construction was begun in 1672 by the spanish when Florida was Spanish territory, this is the oldest masonry fort in the United States. The fort was completed in 1695 and it is made of a stone called “coquina”

The fort was designated a National Monument in 1924, and it was transferred to the National Park Service, and is now a popular tourist attraction.

I shoot this photo straight into the sun, something that I am doing quite often lately, I have also used a very small aperture to emphasize the star bust created by the sun. This is a stack of 9 images, processed with HDR Efex Pro and then added some original parts in layer with Adobe Photoshop.

I think I said this before, but St. Augustine has some many places to see and things to do that it is really well worth it to pay a visit and spend there a couple of days, I’ll post more photos of the area in future posts.

Well, that’s all for now, more to come soon… 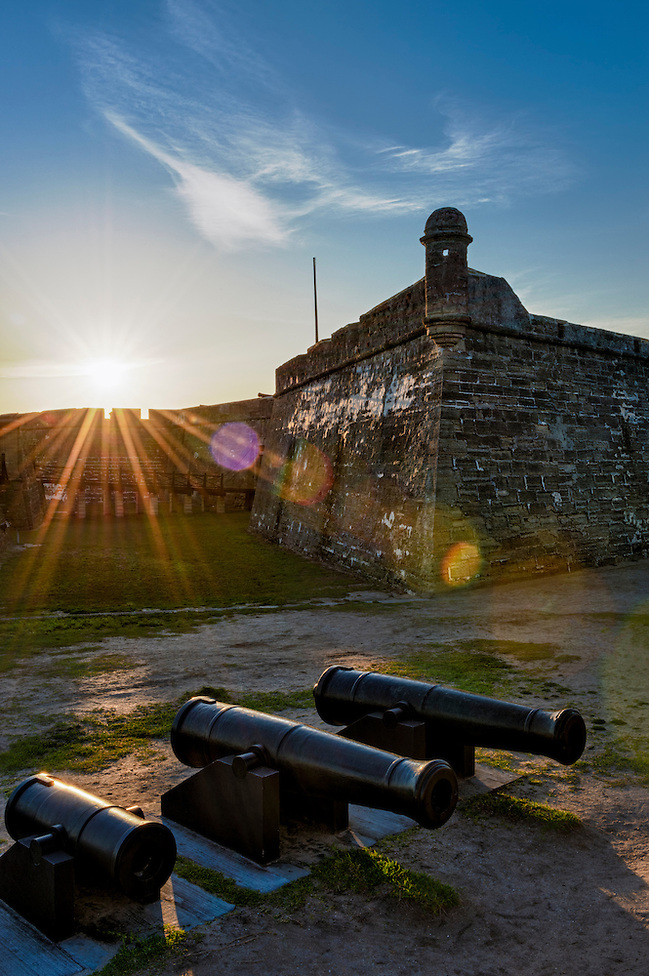 For licensing information and prints, just click the image.