A modern city, a mythical kingdom, Casablanca is not as evocative as other cities in the country; still, for someone like me visiting the nation for the first time, it’s an essential place to explore.

I was here as the co-leader of the 2017 Digital Photo Mentor Morocco Photo Tour; as such, I wanted to be here before the guests arrived. That gave me almost two days of wandering alone, getting to know the city and taking photos along the way.

It was an exciting trip. Apart from being my first time on the African continent and adding a new country, it was the first time traveling with two recently acquired Fuji cameras, the Fuji X-100F and the Fuji GFX50s.

Both cameras exceeded my expectations, and they’ll never leave my bag again. The X-100F is excellent for the occasional walk around, to throw in a bag or large pocket and just go. I had it with me almost all the time, even when I was tired of carrying stuff. I also brought the X-T2 and several lenses for the trip. As I departed, with the X-100F close to me, I spotted a lovely view of the Miami coastline and quickly grabbed the opportunity to snap a  couple of photos, and then again while approaching my destination. 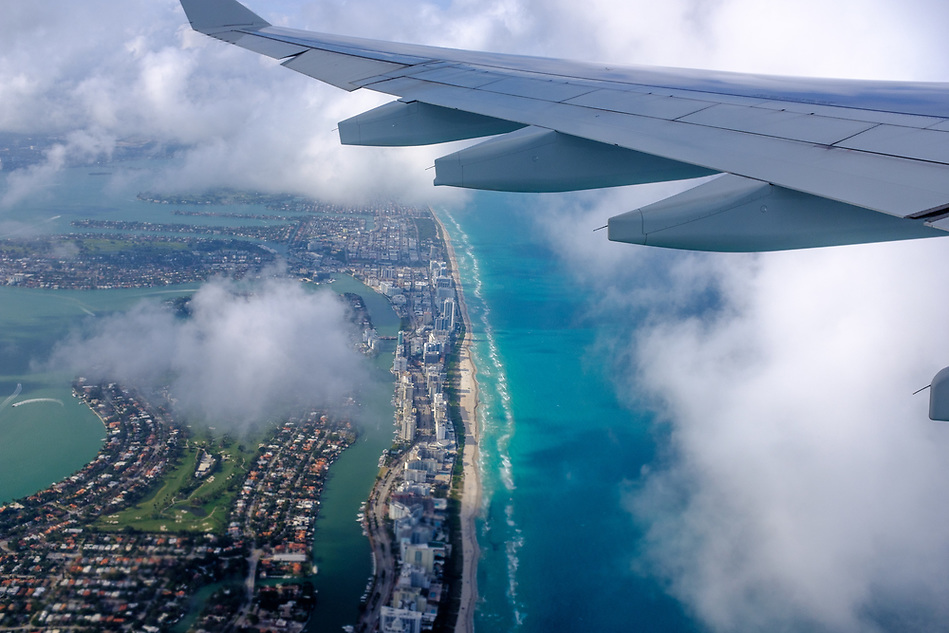 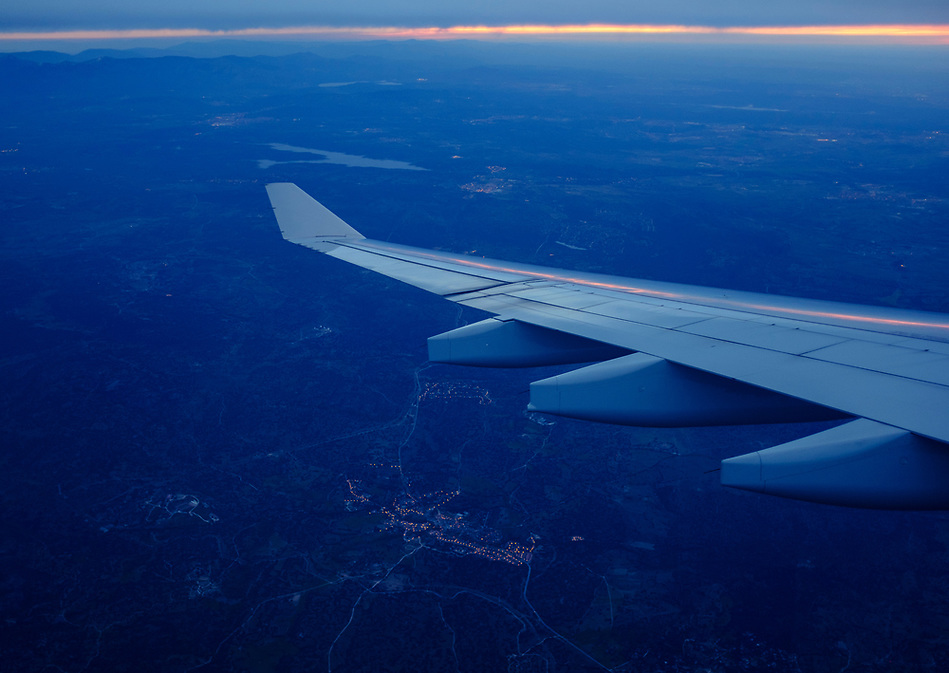 It was a long flight from Miami, so as soon as I arrived at the hotel, I had a quick nap and went out. Luckily, the Hotel was very centric and nearby the Medina. I started to walk there when it was almost 5 PM. There was plenty of light, and the activities were in full swing. The Medina is an ancient street market; a maze filled with merchants of all types. Most of the streets are very narrow, and the layout is almost labyrinthic.

This night was my first outing with the GFX50s for street photos. At first, I didn’t know how to approach it. I had this new, big camera in my hands, and for me, it was as intimidating as the Medina; however, I got quickly acquainted. The camera is very similar to operate as the X-T2; they are very alike, but this one just has a bigger body. I also realized that shooting with the GFX50s is better on a tripod. It has some advantages, it slows you down, but you set your position, compose, and you can wait there for the scene to develop. I like the approach of just leaving the camera on the tripod and occasionally pressing the shutter when I see something I like.What I mean is that people passing by won’t even notice that you are shooting because you don’t have the camera at eye level anymore. For street photography, this is almost like shooting from the hip with the advantage that your frame is always in the same position and where you wanted. Plus, you have the added benefit of sharper images.

During those couple of days, I went back to the Medina several times, including at night and, oh my God, the photos under mixed light there were better than the ones during the day; it was incredibly sweet to shoot there. 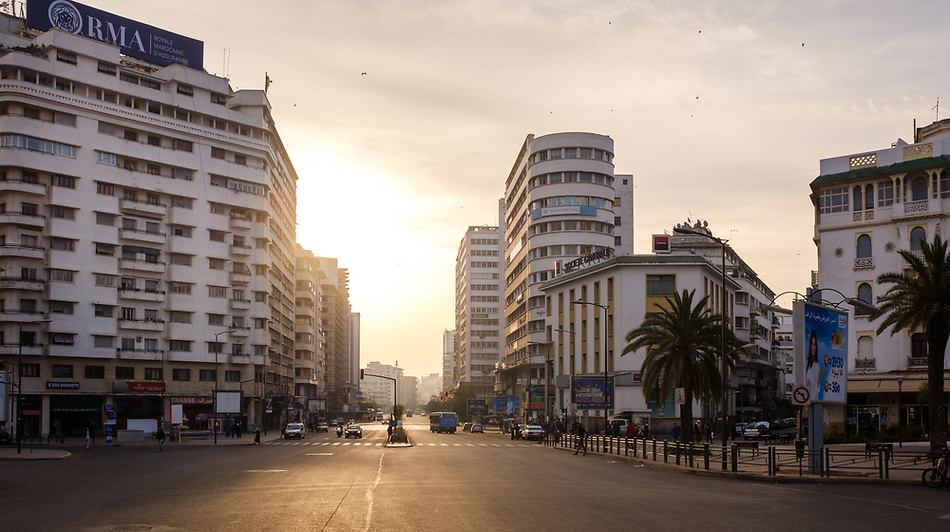 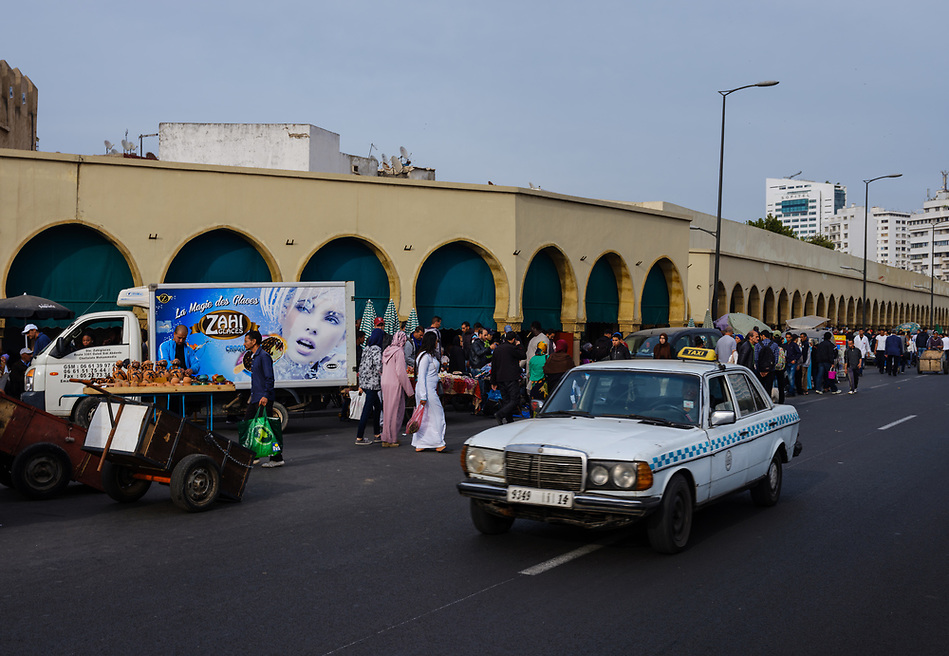 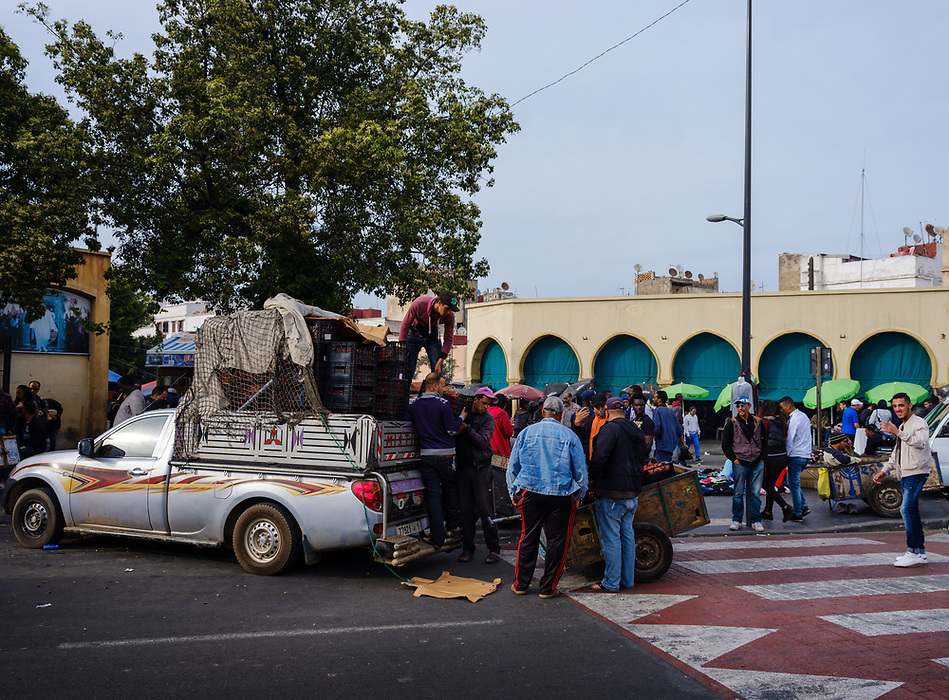 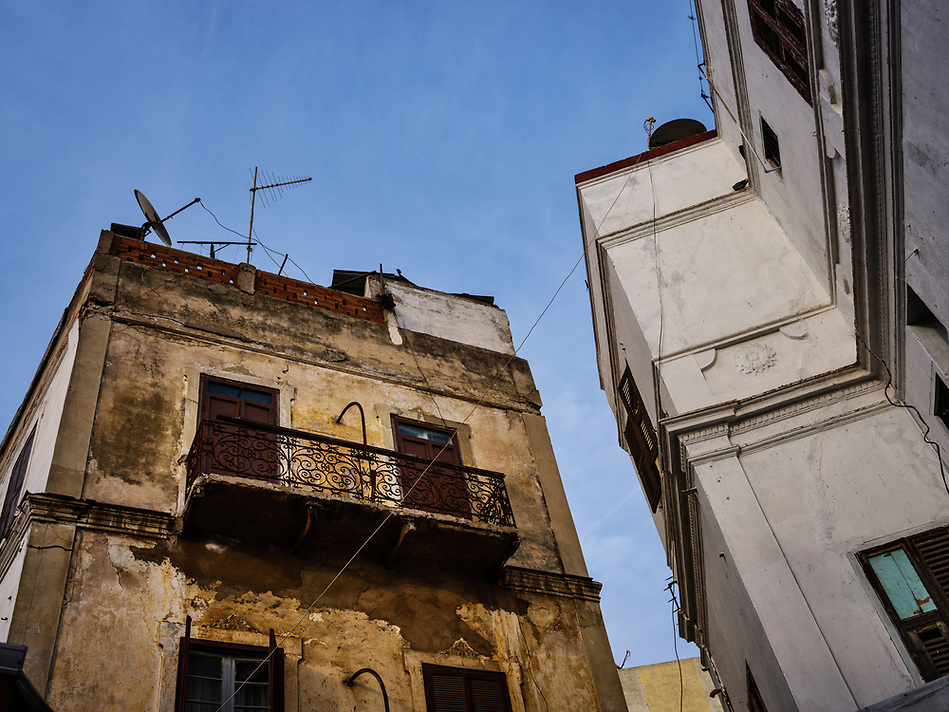 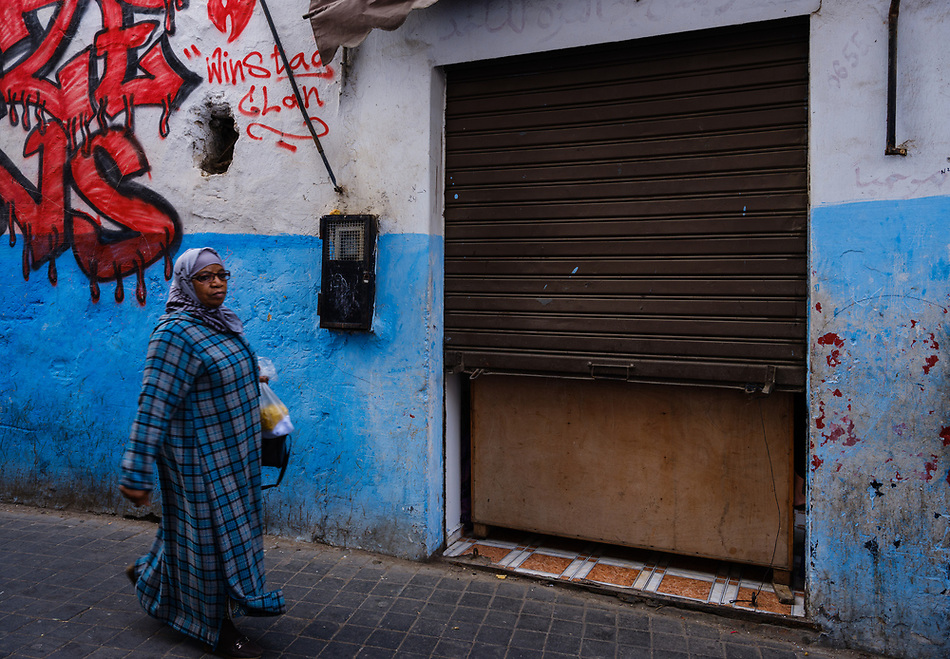 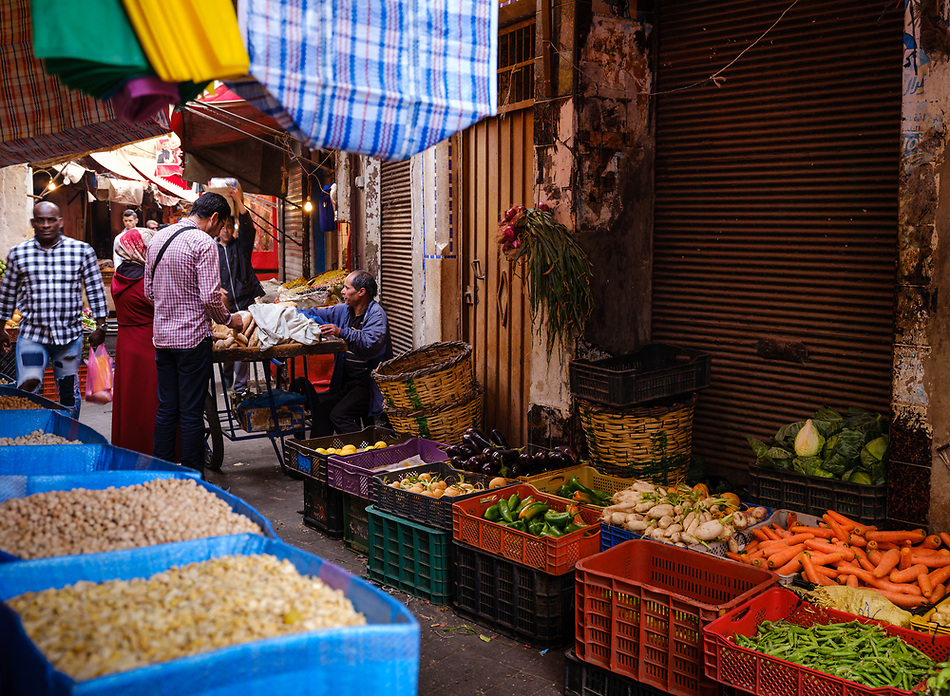 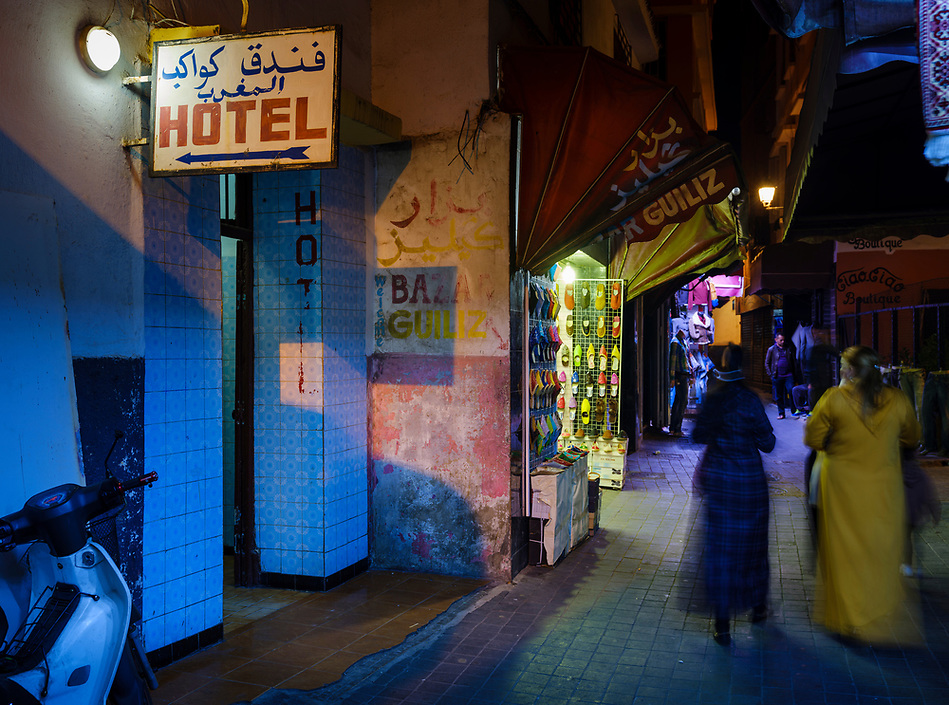 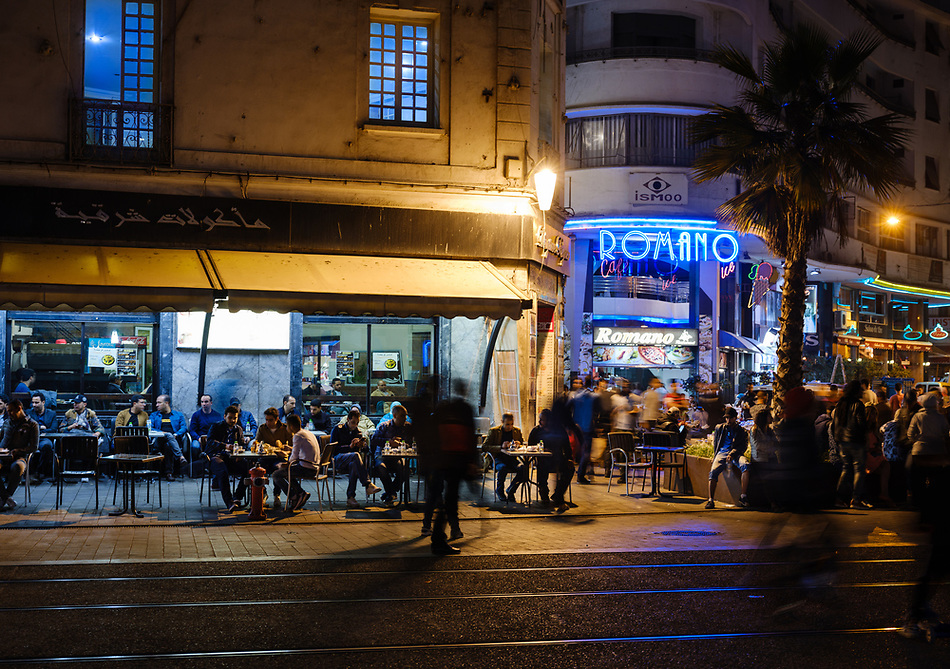 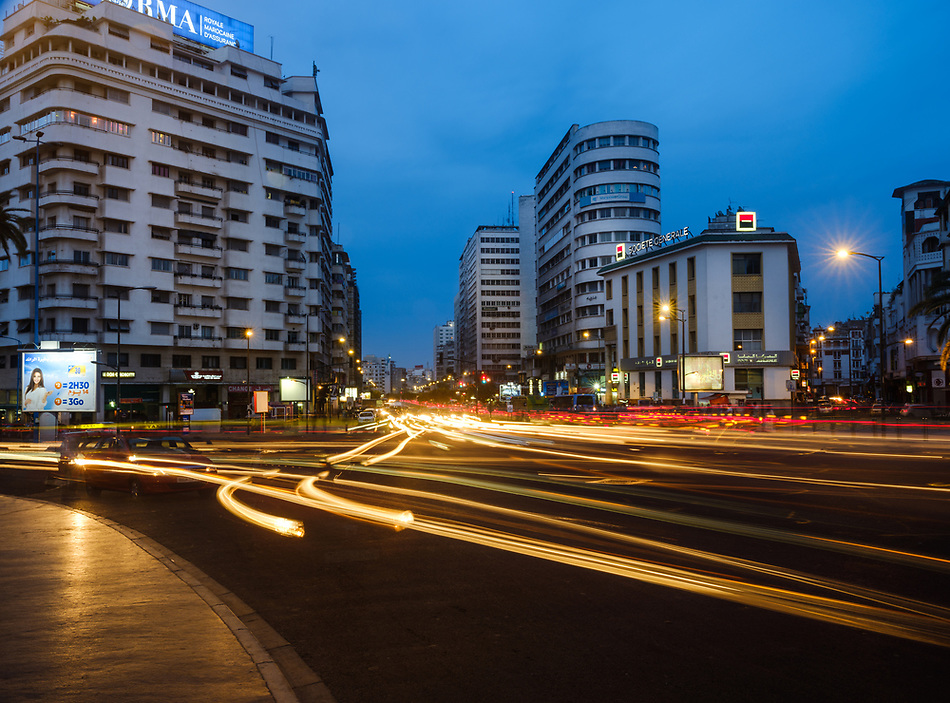 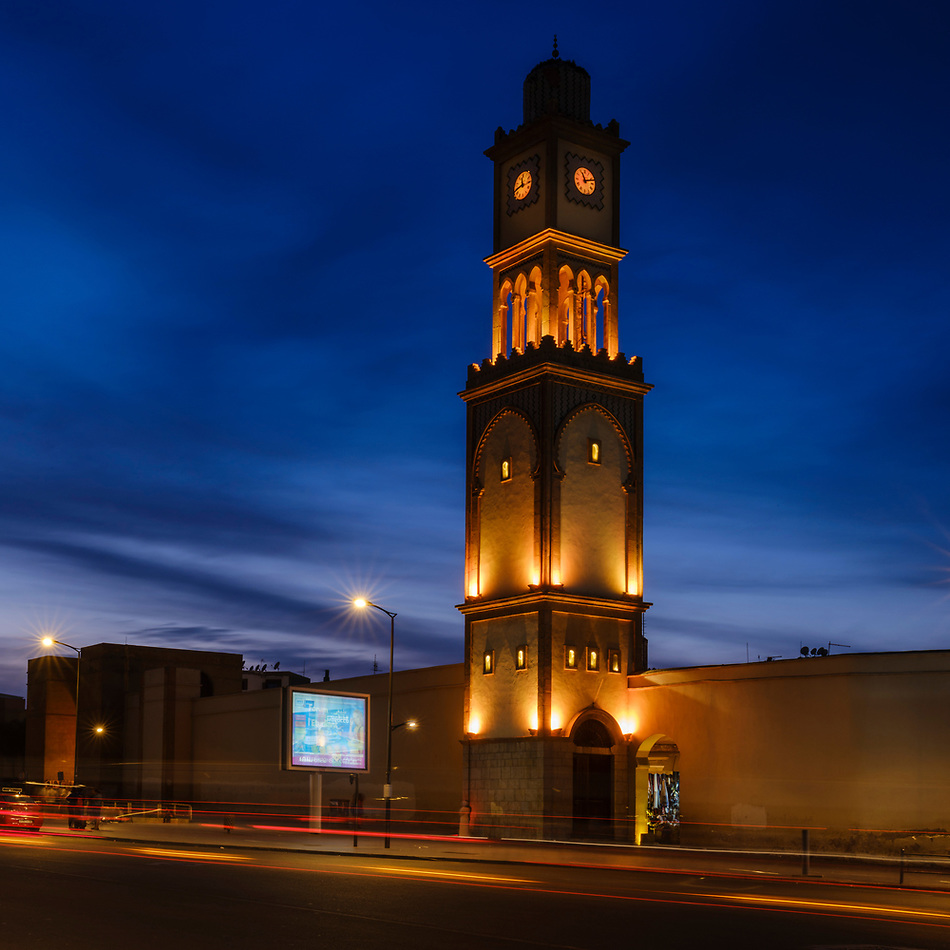 When the group arrived, and the tour officially started, I didn’t get to shoot as much, but I particularly enjoyed the fish market and strolling the streets with our fantastic guide. Casablanca is full of surprises and, despite not being as compelling as the rest of the kingdom, a great place to photograph. 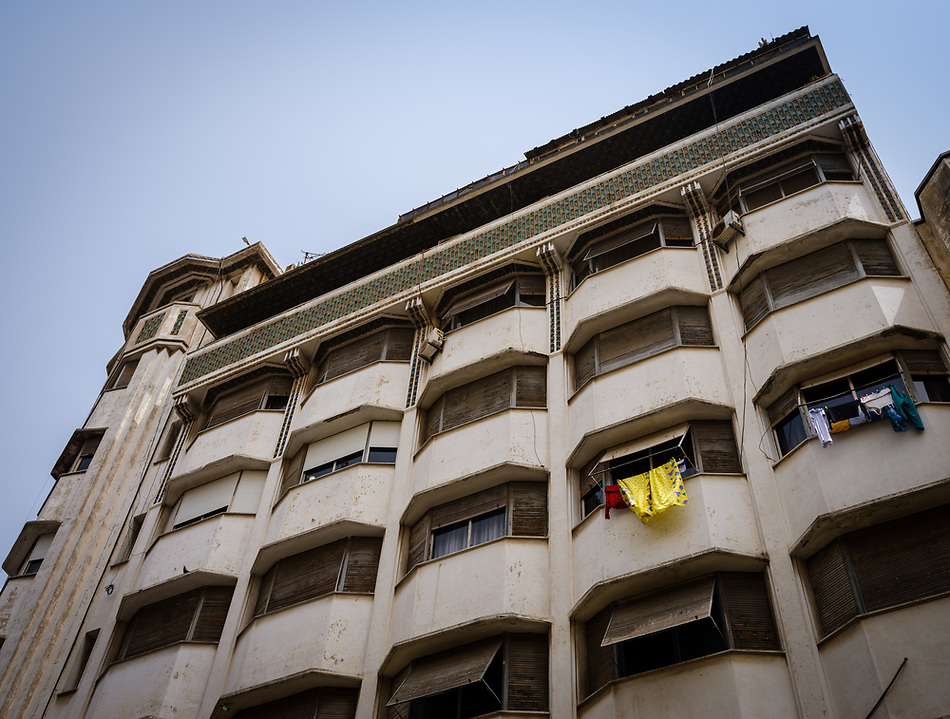 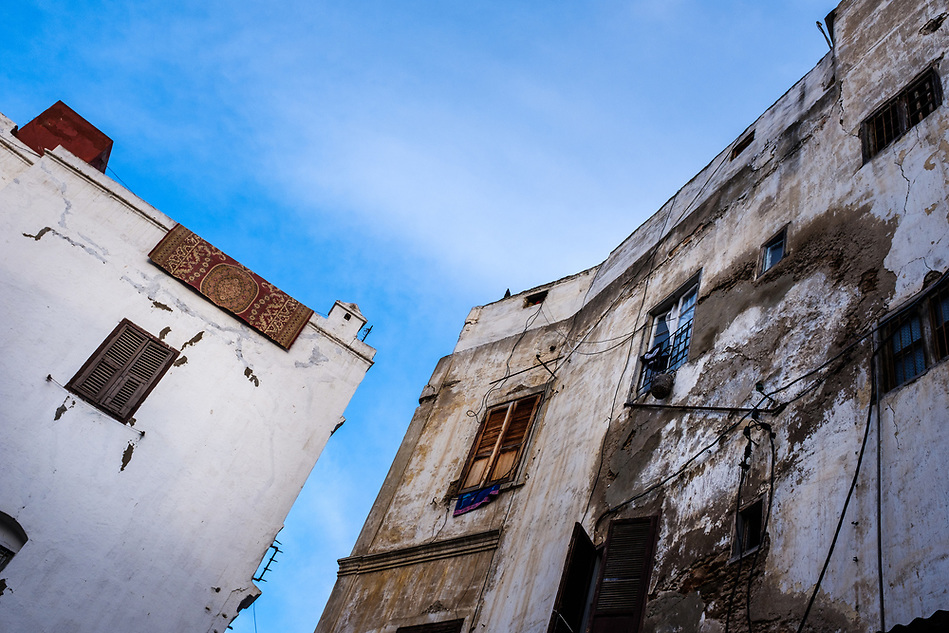 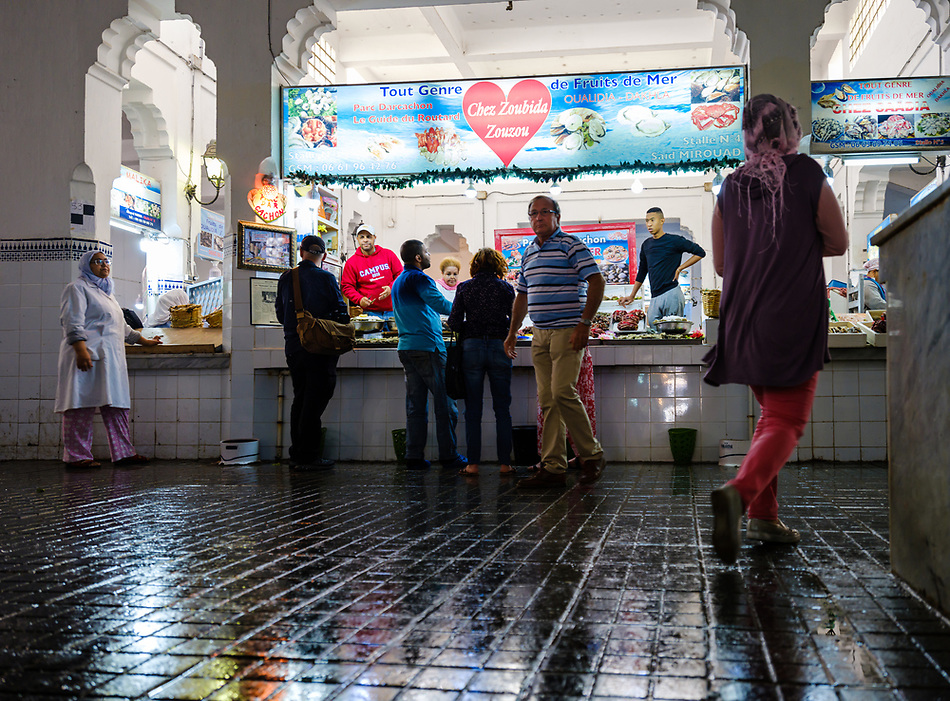 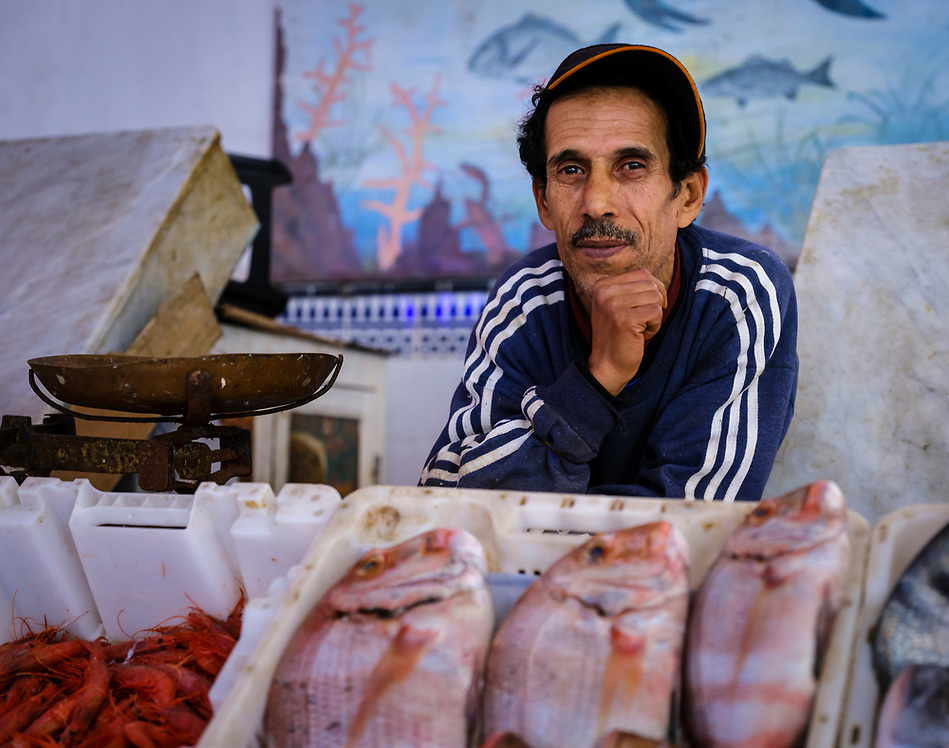 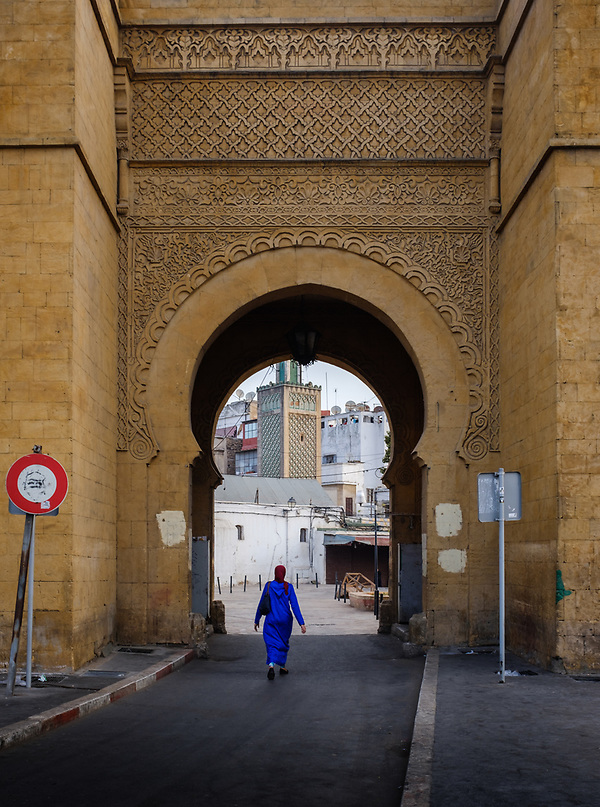 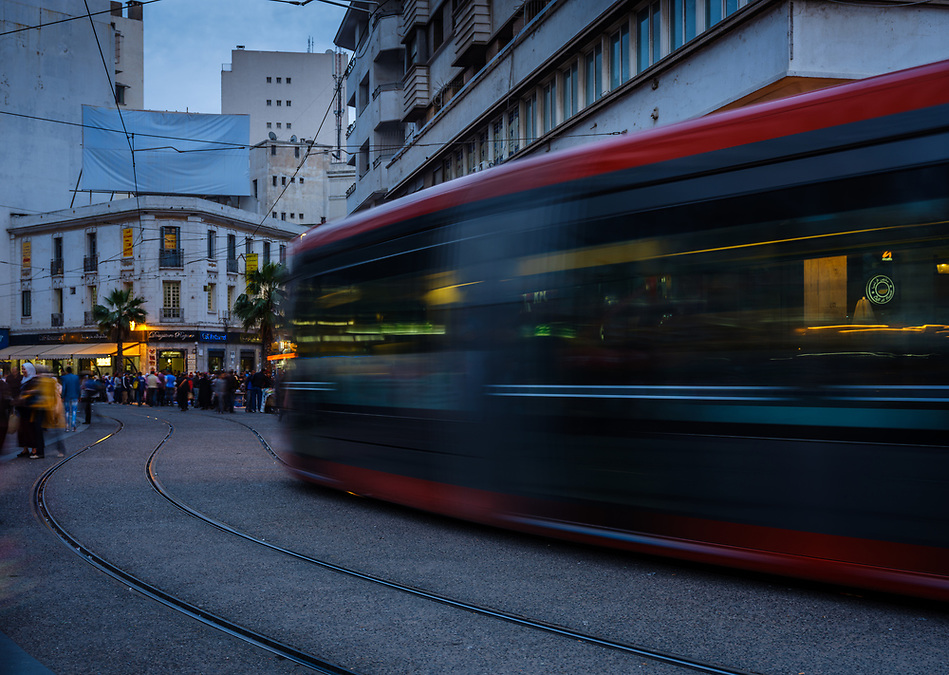 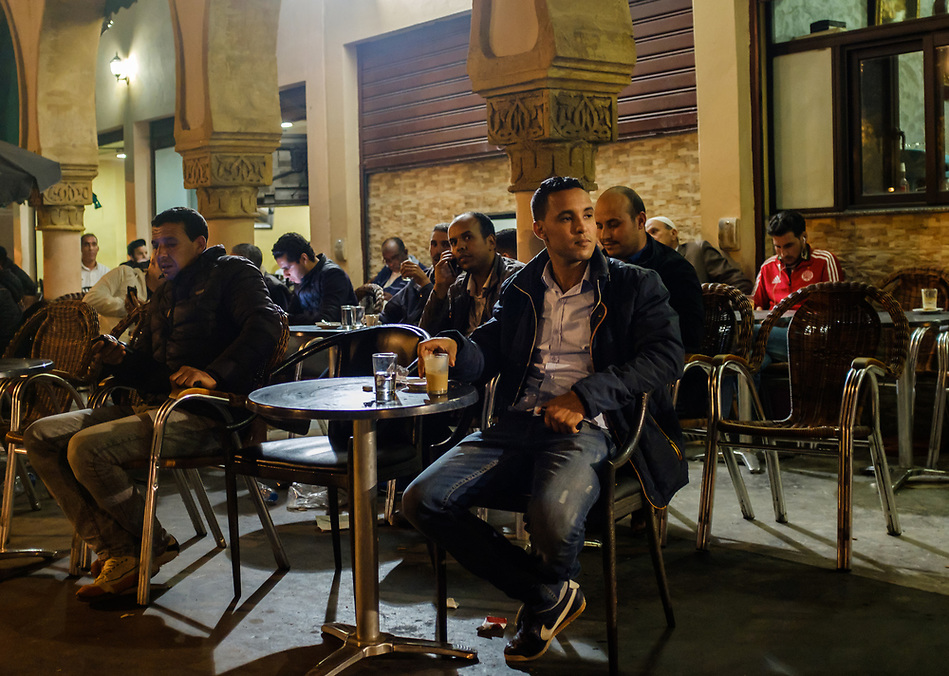 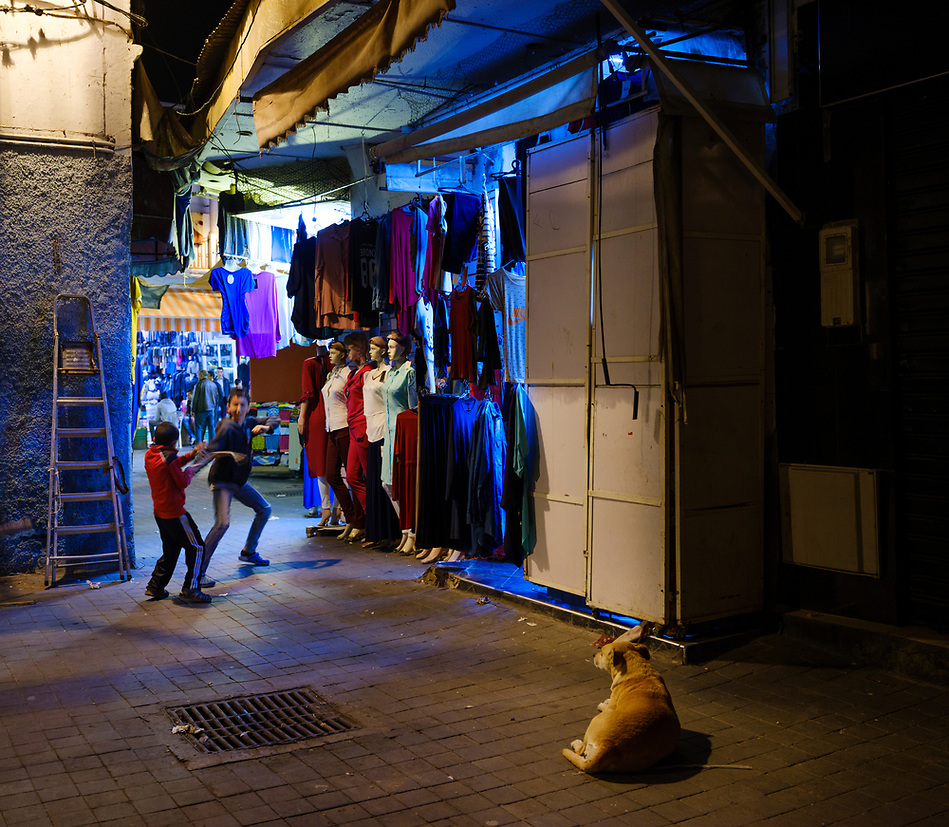 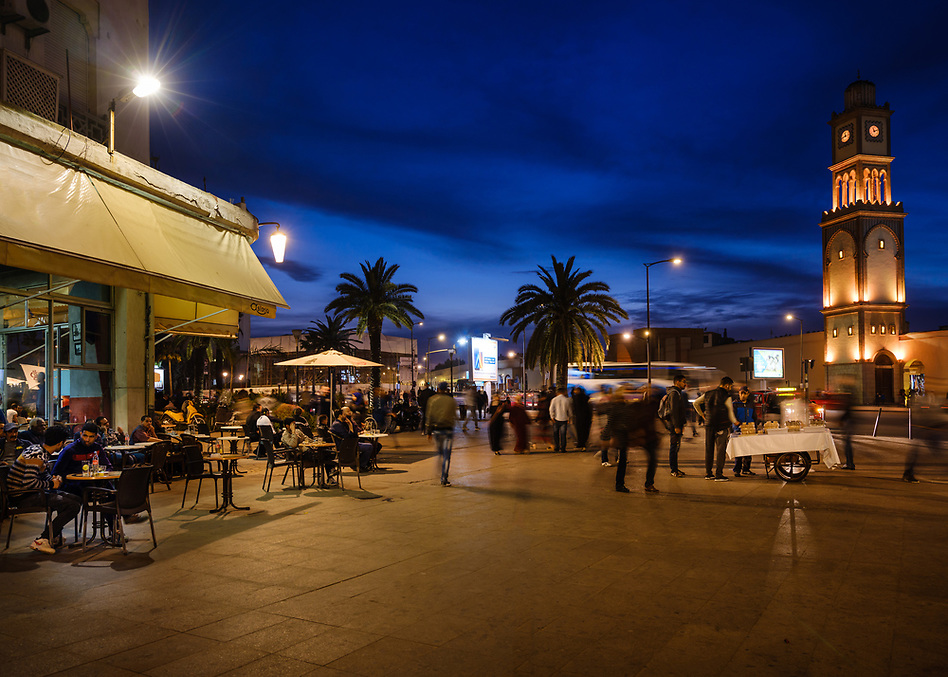 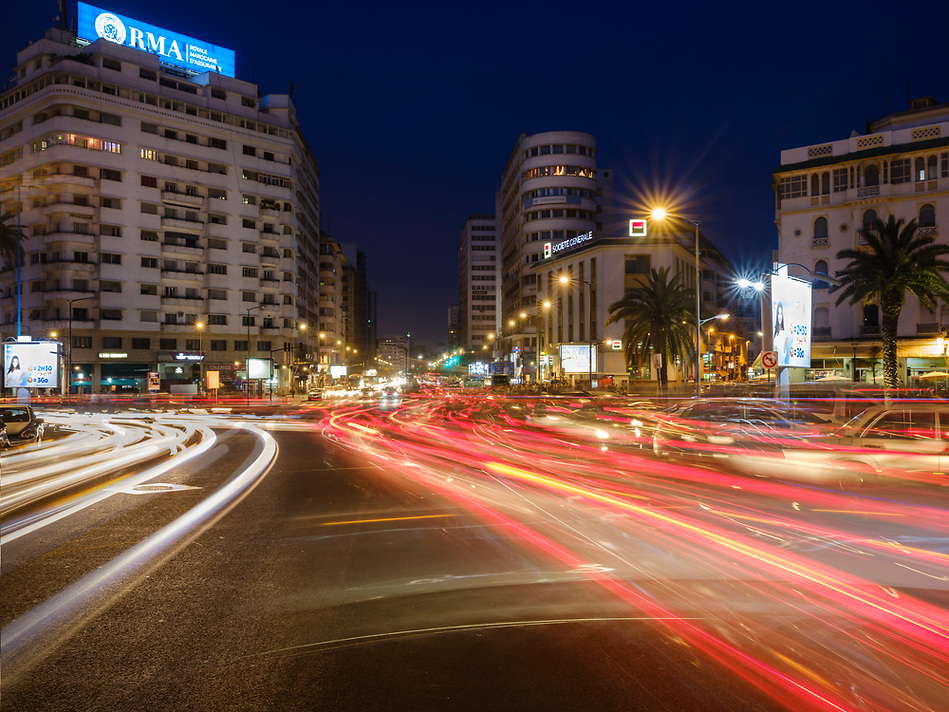 Worth to mention is the Mosque Hasan II. We visited it a couple of times and at different hours of the day; what a spectacular building and architecture. Also known as the Grande Mosquee Hassan II, it is the largest mosque in Morocco and the 13th largest in the world. Completed in 1983, and at 60 stories high, it features the highest minaret in the world. The building blends Islamic architecture with Moroccan elements, and it is massive. Imagine a place where the main prayer room can accommodate 25,000 souls, and the surrounding plaza, 80,000. Walls are of handcrafted marble, and an impressive retractable roof completes a fantastic building. It is an icon of Casablanca and, without a doubt, very photogenic for architectural lovers. 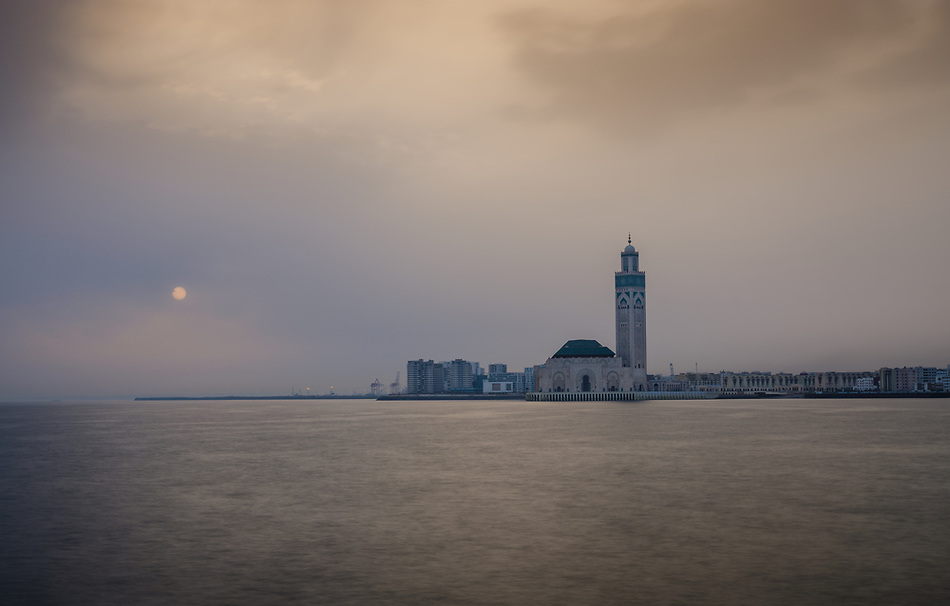 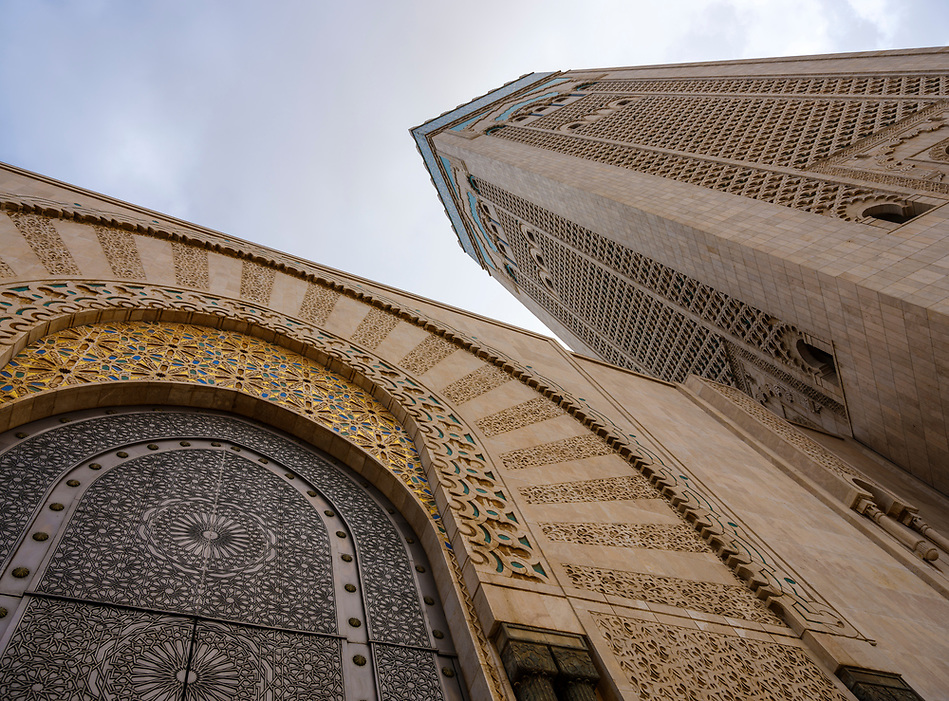 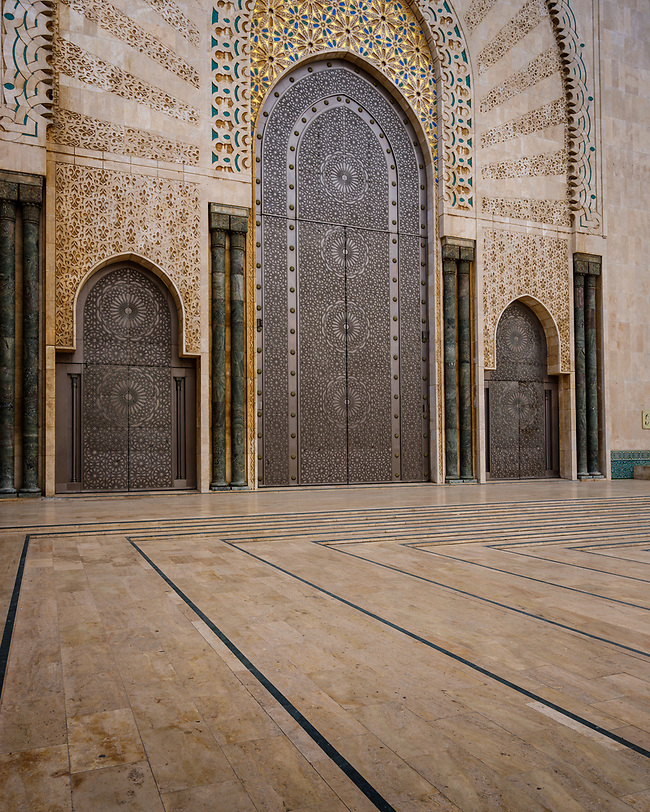 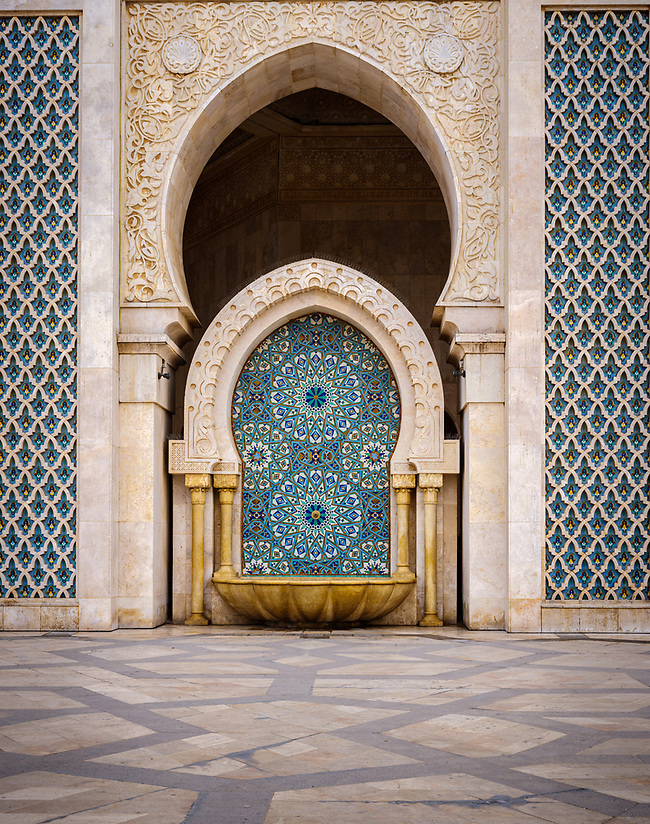 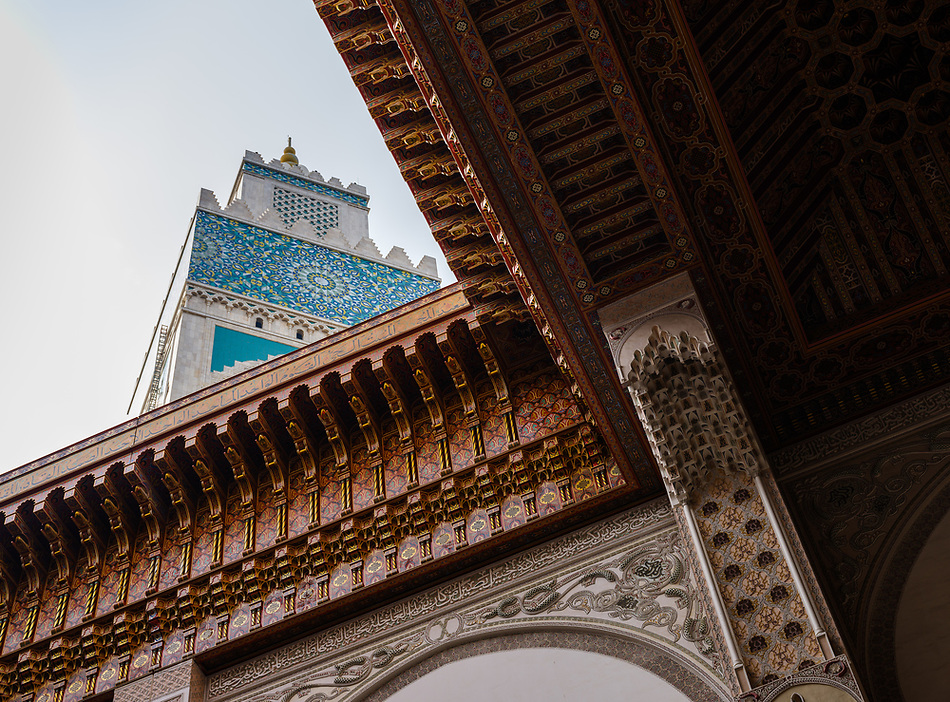 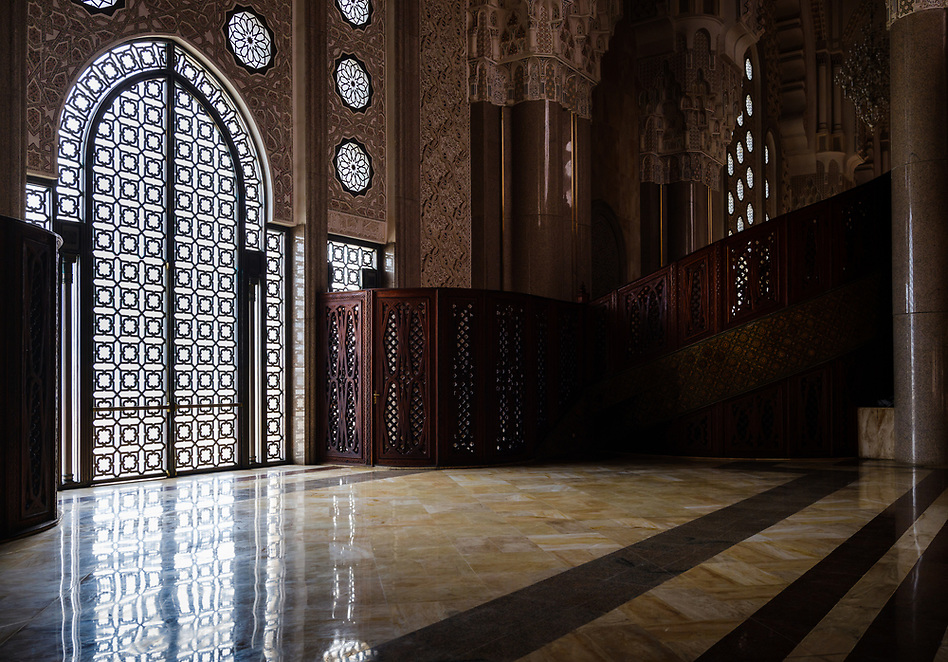 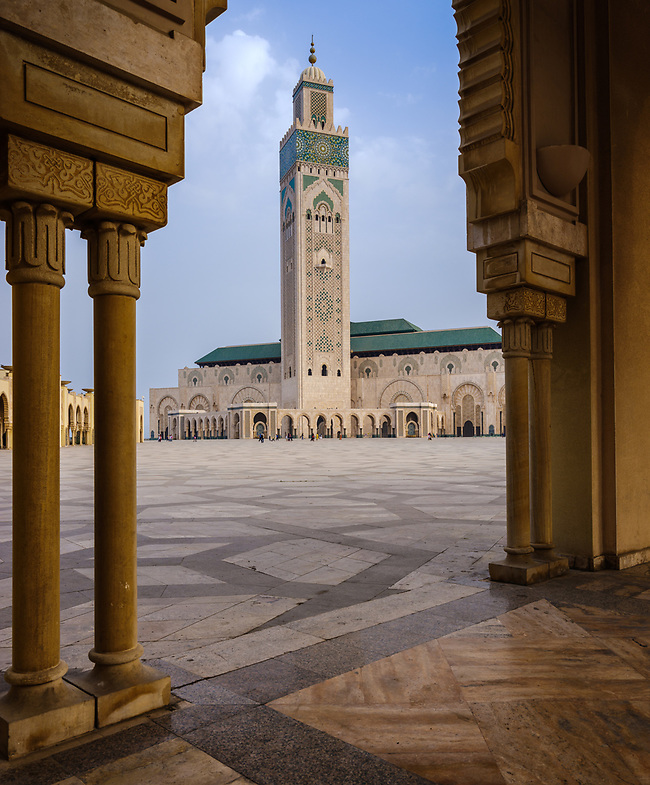 I honestly liked my time in Casablanca, and can’t wait to go back again next year. If you want to go with me, you can sign up for the 2018 edition of the Morocco Tour; we’ll have a great time. You’ll come back with wonderful stories and photos; I’ll be leading. At the date of posting, we have only two spots left, so click the link and reserve your place now.

As always, feel free to comment and leave feedback. The images of the post are available for prints and licensing, just click on them for more info. Lastly, more is coming soon, including an upcoming tour to India for 2018, so don’t forget to sign up to receive email notifications of my new posts.