You are here: Home / Photography / Bridge of Lions in St. Augustine

One the most iconic places in St. Augustine is the famous Bridge of Lions, imposible to miss this bascule bridge connects downtown St. Augustine with Anastasia Island.

This is a very nice structure, the original bridge was completed in 1927, but it was declared “structurally deficient and functionally obsolete” in 1999 by the Department of Transportation. After much debate a restoration plan was approved and it was completed in March 2010. They’ve really done a great work with the restoration and the bridge looks amazing.

This photo was taken during sunset from the boardwalk that surrounds the Matanzas Bay in Downtown St. Augustine. 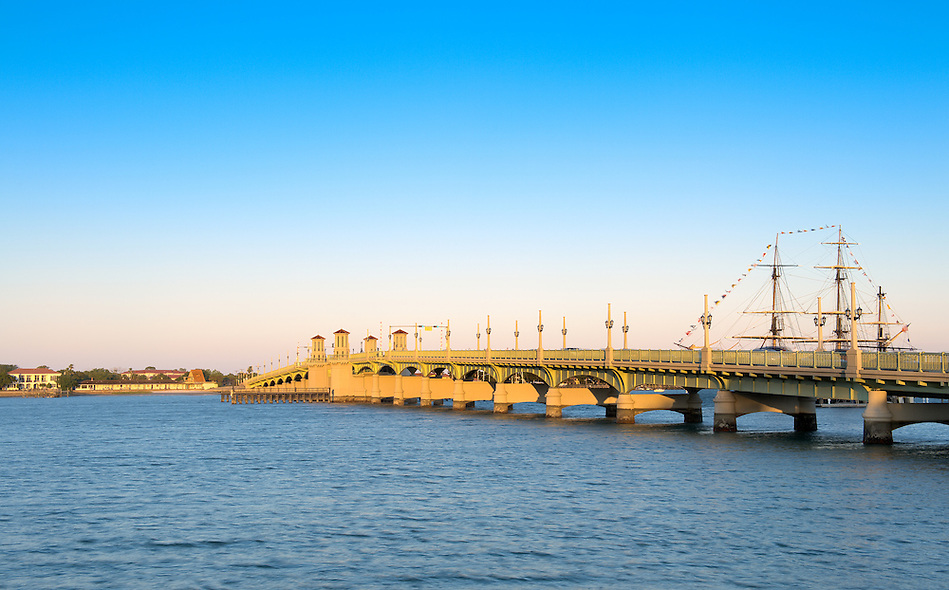