A couple of weeks ago I shared some photos from Chefchaouen, an enchanting little city. We got there driving from Casablanca, during the 2017 Digital Photo Mentor Moroccan tour. It’s a long journey, but interesting, and of course we made some stops on the road, to photograph some iconic and well-known places around Rabat.

The first stop was the ruins of Chellah, a medieval fortified necropolis of Muslim origins. The complex has delightful gardens to wander around, but the most picturesque aspects are the vestiges of the former fortress and the tall minaret that remains from the ruined mosque. 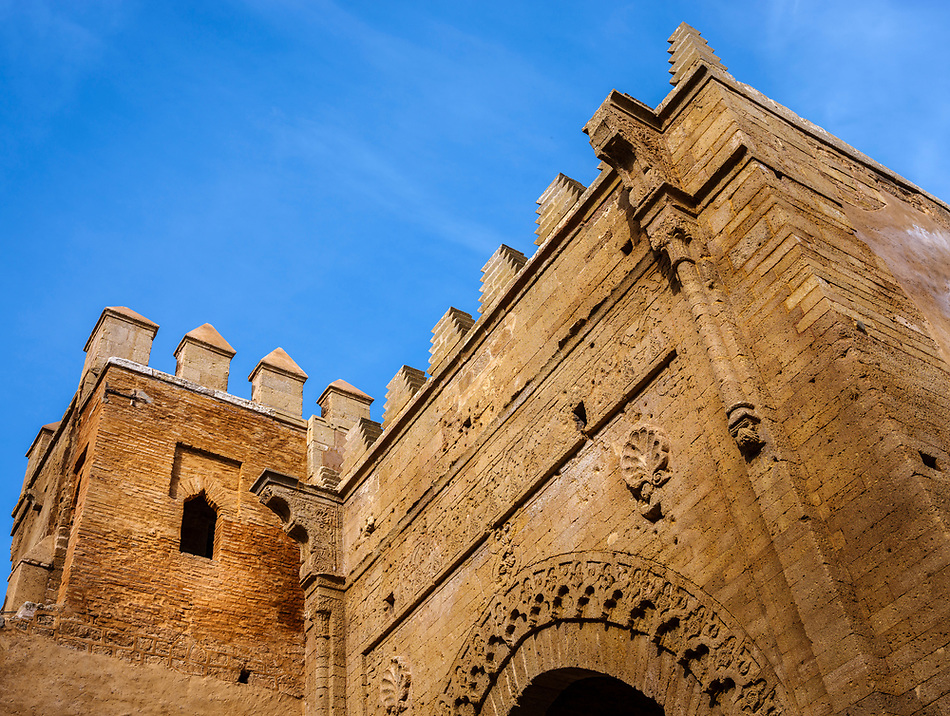 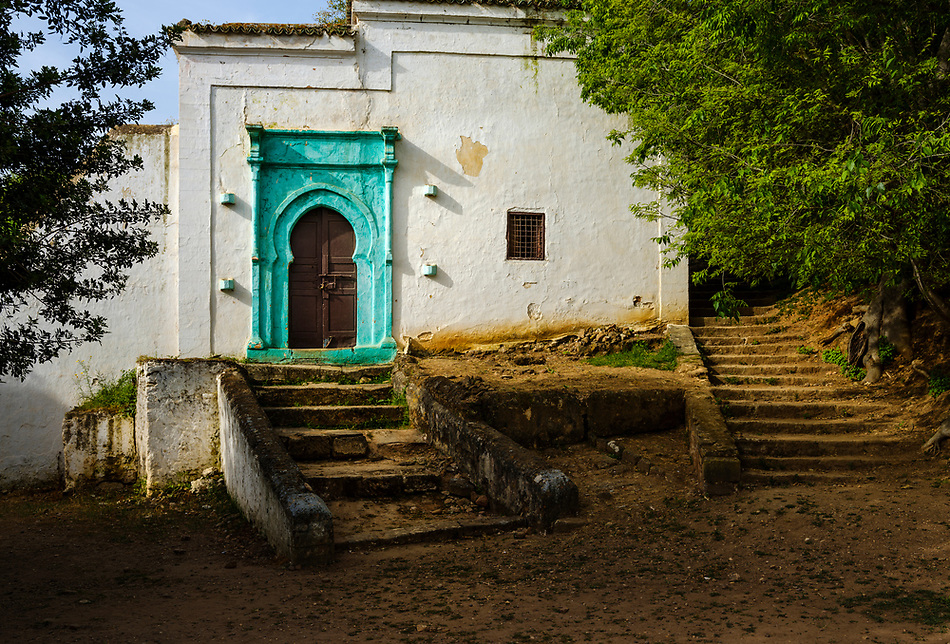 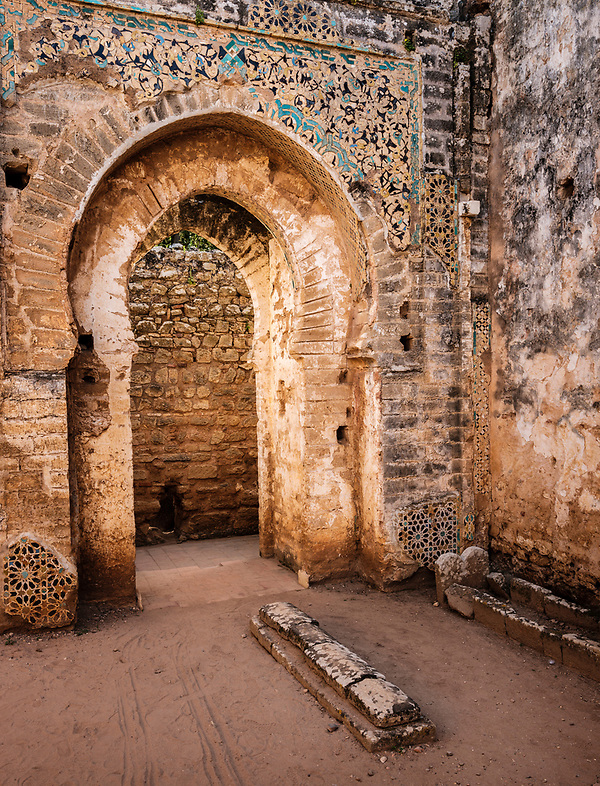 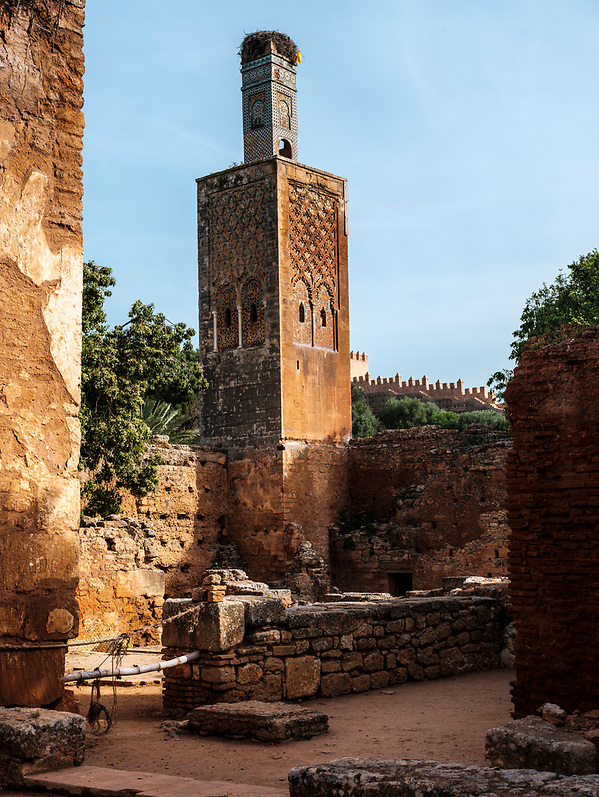 Our next stop was the Mohammed V tourist complex, which contains the Hassan Tower and on the opposite side is the mausoleum of Mohammed V. When we arrived we were greeted by a charming character: the waterman at the front door was enthusiastic and welcoming, and quite happy to have his photo taken. 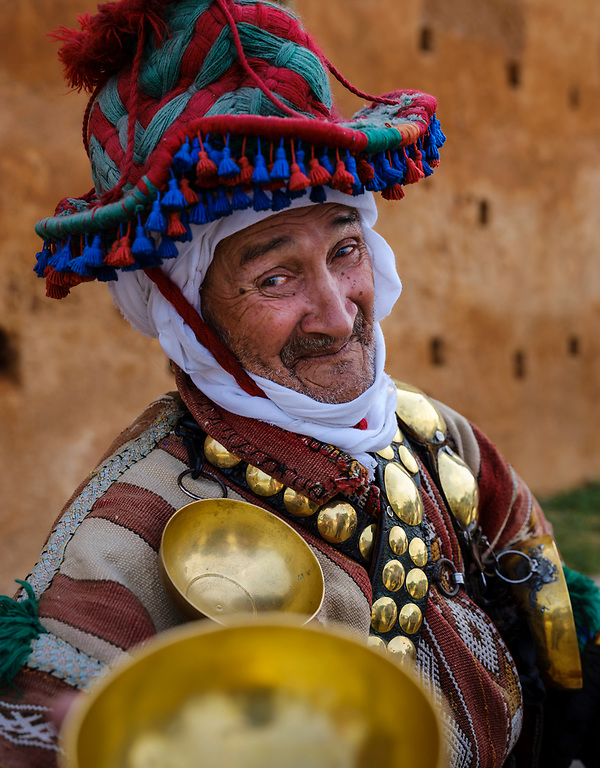 The first part to notice as you enter the complex is Hassan Tower, also known as Tour Hassan. It was intended to be the tallest minaret and biggest mosque in the world. At least this was the idea had by Sultan Abu Yusuf Yaqub al-Mansur, the third caliph of the Almohad caliphate, but construction stopped upon his death in 1199. By then the red sandstone tower had reached about half of its intended height, with some walls and about two hundred columns. 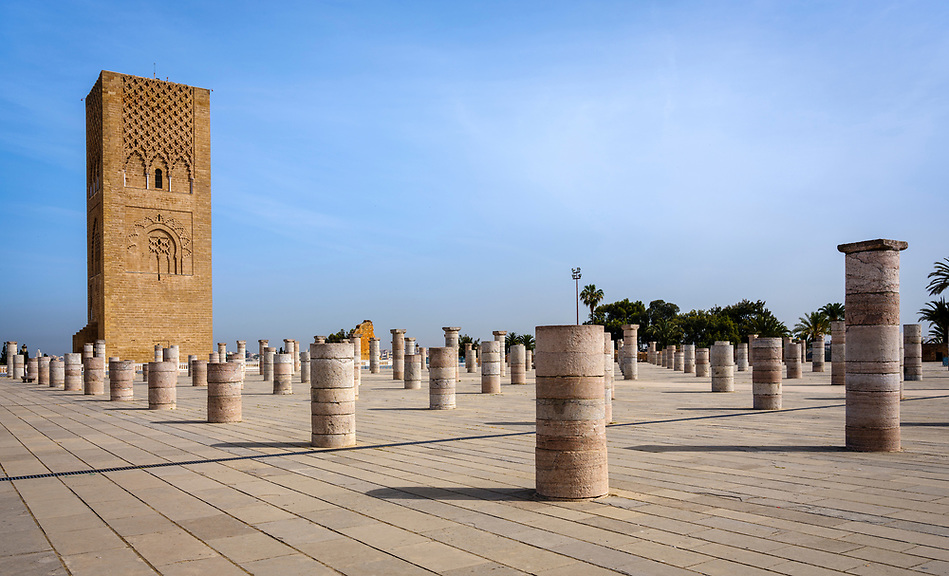 The mausoleum rises just across from the tower. It safeguards the tombs of the Moroccan king and his two sons, the late King Hassan II and Prince Abdallah. It is an extraordinary structure, considered an architectural masterpiece. The place was crowded and was not easy to photograph, so I concentrated on some details: the carving of the doors, arches, and mosaics. I also made some portraits of the guards, and in the interior, there was a reader of the Koran in one of the corners. In all, the place is interesting and worth seeing, with excellent potential for photographs and travel captures. 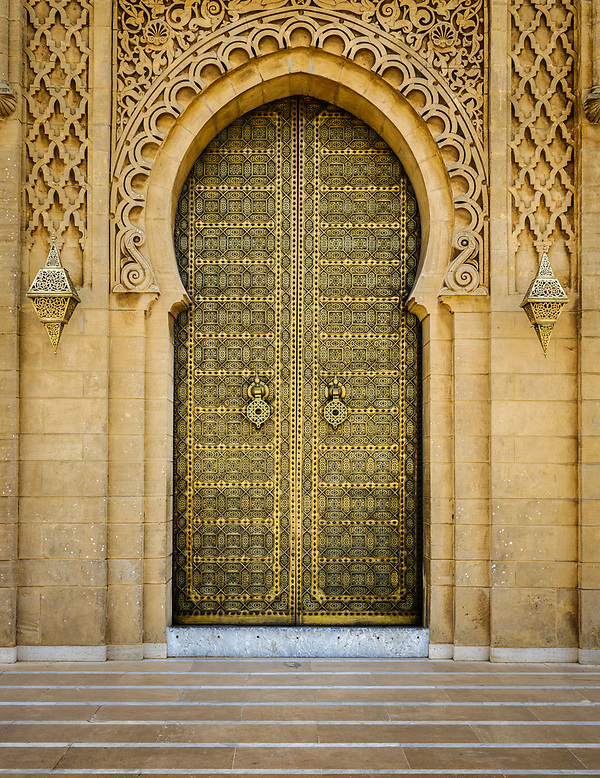 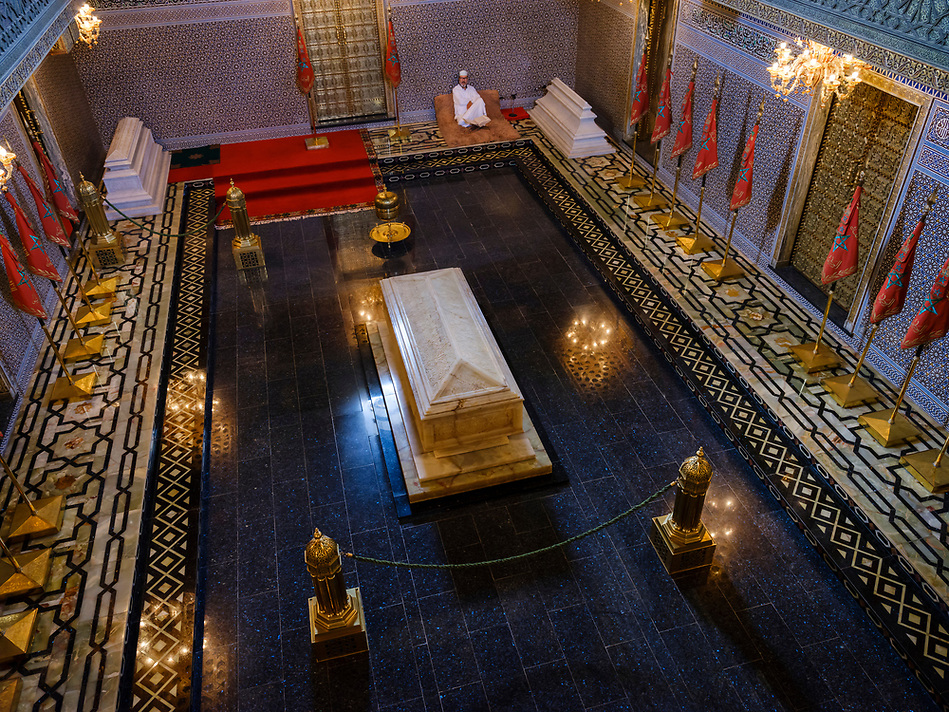 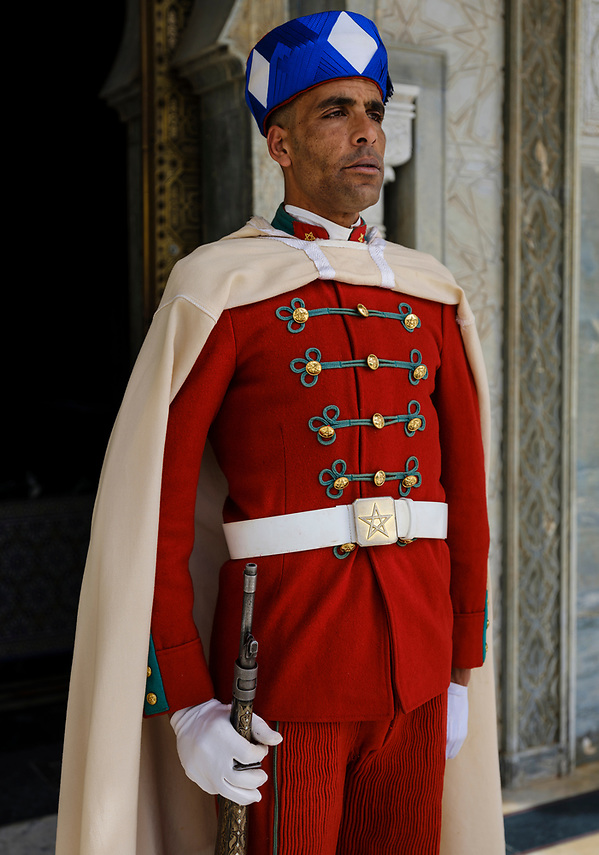 The last stop was the Kasbah of the Udayas. If I don’t recall it wrong, it was here where I first learned about the kasbahs.

The term “kasbah” in the Arabic world refers to a fortified citadel. Basically, it’s composed of several structures and buildings behind a defensive wall erected for local leaders or wealthy families. Morocco is full of them, as besides defense, having one built was a sign of wealth for some families in the city. Some of these kasbahs are somewhat unimaginable; I will share more of those on future posts from other parts of the country. Some of them are constructed on hilltops and places difficult to access, but this one in particular is located at the mouth of the Bou Regreg river. 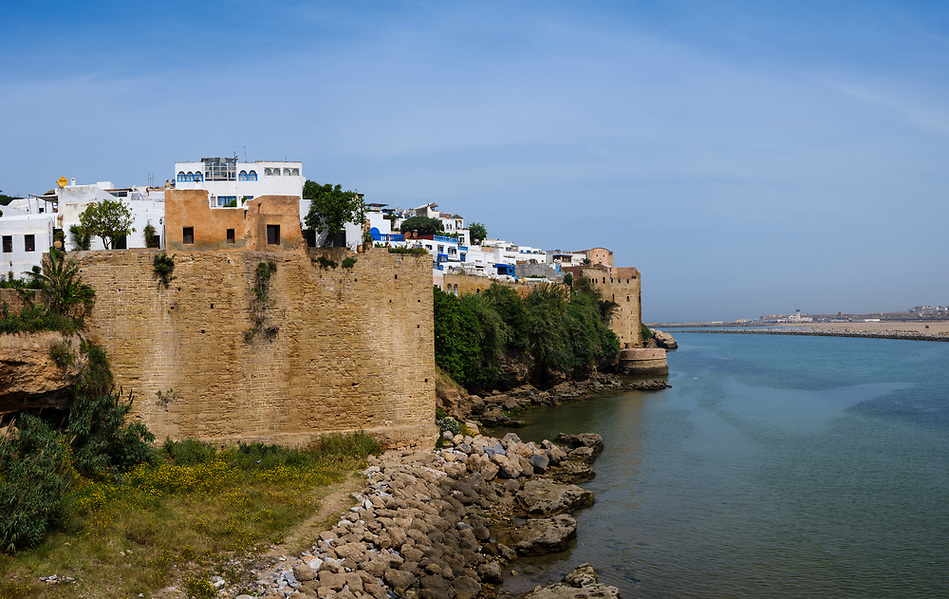 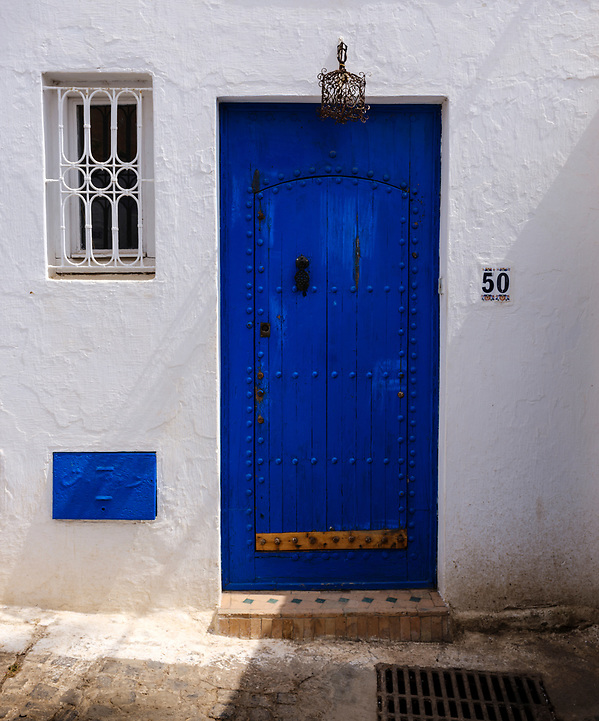 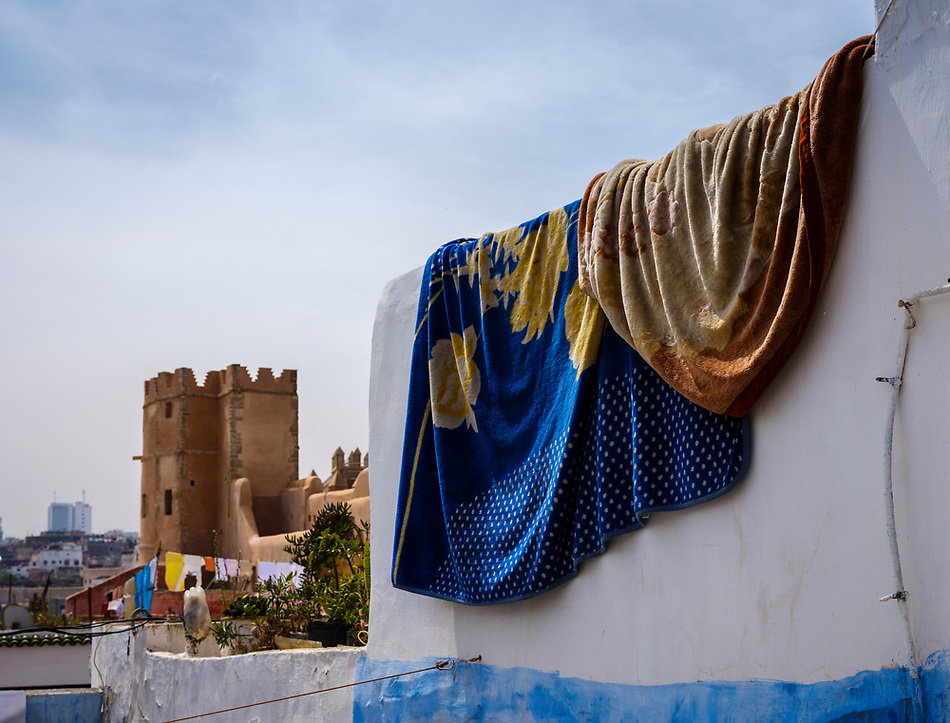 Next year I’ll be leading a new photo tour and adventure to Morocco for Digital Photo Mentor. At the time of this post, the 2018 edition is sold out, but you can join the waiting list. I am also leading two tours to India, one of which is already sold out, but there are some spaces left on the second one; you can join me here.

All of the photos from the post were taken with the Fuji GFX50s. All the photographs are available for prints and licensing; just click on them for more information and pricing. That’s all for now—more coming soon.