If you go to Costa Rica, you’ll see volcanoes, they are everywhere, there are six active and 61 dormant or extinct ones, from those the Arenal was one of the most active ones but it entered into a resting phase in 2010, it means for the time being there are no eruptions, but still is one the country most visited and well known volcanoes.

The volcano is surrounded by a good wealth of hot springs, the springs originate in a geothermally heated underground river, hotels and spa resorts in the area are taping into this and bringing water to the surface, creating mineral rich hot springs for tourists.

While in the area, I’ve stayed in one of these hotels, and I was fortunate to have a great room with a great view of the volcano.

Here is a photo of the Volcano as seen from my room. 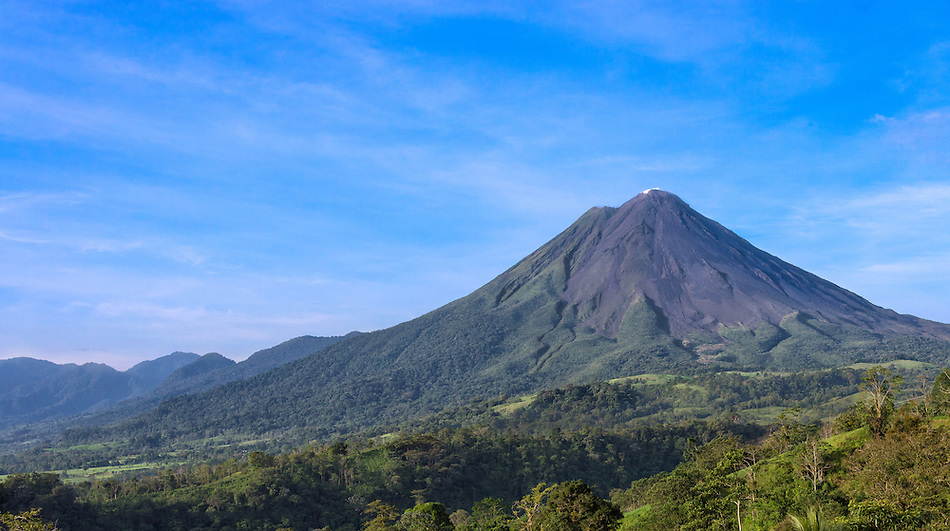 The view was stunning and also how rapidly cloud formations moved during the day or night, for moments you’d see the volcano all covered, and 20 minutes later you’d see it with a clear sky. According to my guides I was lucky to see it at all, I was told that most of the people don’t even get a chance to see it like this, and it is covered by clouds most of the time.

So I decided to give it a try and shoot a timelapse, here is the result, at first you’ll see the volcano at dusk, there was a tropical storm approaching… you’ll see lighting, then I shoot the following segment at dawn the following day.

A really cool place and experience, that’s all for now, more to come soon…..